But airline promises expanded flight schedule to other Nunavut communities 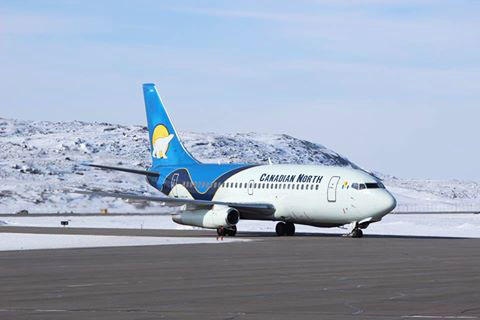 Canadian North will no longer service the community of Clyde River, once its codeshare arrangement with First Air ends May 16. (FILE PHOTO)

Canadian North plans to stop serving the northern Baffin community of Clyde River once its codeshare arrangement with First Air comes to an end next month.

As part of the two airlines’ codeshare agreement, a First Air ATR has flown between Iqaluit and Clyde River five days each week.

But last November, First Air announced it will pull out of that agreement, which will have been in place for two years when it ends May 16.

“After careful consideration, [Canadian North] has decided to cancel its plans to resume operating flights to Clyde River,” the airline said in an April 25 release.

“This decision was made in response to unique factors pertaining solely to Clyde River, including an inadequate number of bookings as well as limited demand for its freight services due to the lack of a contracted retails partner within this community.”

Canadian North holds the Arctic Co-ops Ltd. freight contact for Nunavut, and there is no co-op store in Clyde River.

The airline also noted it was unable to find qualified candidates or a contractor to oversee its operations in the Baffin community.

The airline said it will reach out to customers currently booked on travel to and from Clyde River to re-accommodate them on another carrier.

Post-codeshare, Canadian North said the rest of the 18 destinations in its network show “ample demand and strong potential to grow.”

Starting May 17, the airline said it will launch a new flight schedule, featuring expanded jet capacity and additional scheduled flights for its medical, duty, corporate and leisure travellers across its 18-community network.

That includes four Nunavut communities where the airline will resume and expand its operations: Pangnirtung, Qikiqtarjuaq, Pond Inlet and Kugluktuk.

Canadian North also said it will continue to meet or beat competitors’ prices.