Cannabis legalization offers a chance “to talk about it”: Nunavik health official

“We know cannabis use is already quite frequent in the region” 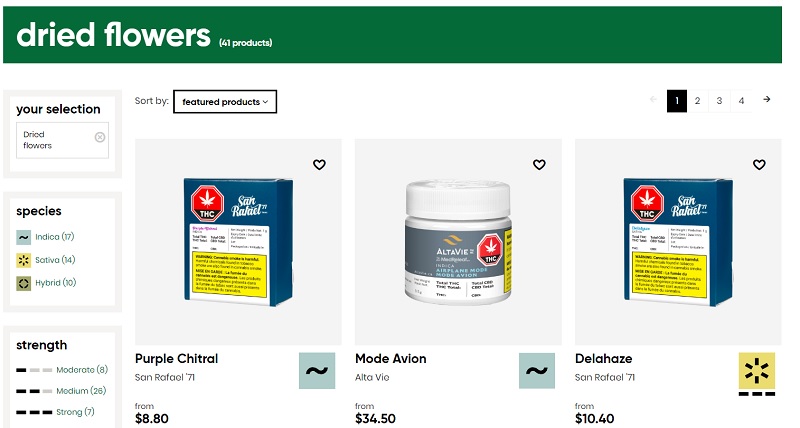 A selection of cannabis products for sale on the Société québécoise du cannabis website, which are available for order throughout Quebec.

Nunavik health officials marked Oct. 17—the day cannabis became legal across Quebec and Canada—by meeting with a dozen regional organizations to talk about how to approach legalization.

Regional leaders have already expressed concerns about easier access to pot and misunderstandings over what powers the region has to control usage.

Those fears are largely focused on Nunavimmiut youth, and maybe for good reason: the 2004 Qanuipitaa? health survey conducted in the region revealed that more than half of Nunavik’s youth consume marijuana.

Throughout Quebec, residents 18 years old and up can legally purchase up to 30 grams of dried marijuana from the provincial government’s new subsidiary, the Quebec Cannabis Corp. (Société québécoise du cannabis), which will open sales outlets through the province.

The minimum age to purchase marijuana could be raised to 21, if the new Coalition Avenir Québec government makes good on its plans.

While the Nunavik Regional Board of Health and Social Services has rolled out some health information on cannabis to the region, most of it is Government of Quebec messaging that still needs to be translated into Inuktitut, said Dr. Marie Rochette.

The Quebec government’s campaign highlights the risks of cannabis on a user’s cognitive abilities, their physical health (if cannabis is smoked) and mental health, namely, its links to anxiety and depression.

“Our message is quite similar [to that of Quebec],” Rochette said.

“We don’t want to blame or shame people. We know cannabis use is something that’s already quite frequent in the region. This is an opportunity to talk about it a little more.”

Some of cannabis prevention efforts have been included in the health board’s smoking cessation campaign, which features a contest every year to encourage people to stop smoking.

But the health board said it’s still waiting to see if it will receive any of the $25 million in funding the province had earmarked for cannabis prevention and research, Rochette said.

With that, the health board plans to produce some cannabis awareness videos in Inuktitut, English and French, to be distributed throughout the region next month.

Any campaign materials the department produces will target Nunavimmiut who are pregnant, and those living with mental illness or other chronic diseases, Rochette said.

As part of the Oct. 17 meeting, participants also talked about the pros and cons of not currently having a point of sale in Nunavik; residents can only order cannabis from the province’s online store run by the Société Québécoise du cannabis.

“There were questions about that—should we have a point of sale in Nunavik?” Rochette said.

“And about how we would control access to youth who are under 18?”

But those are questions that have yet to be answered, she noted.