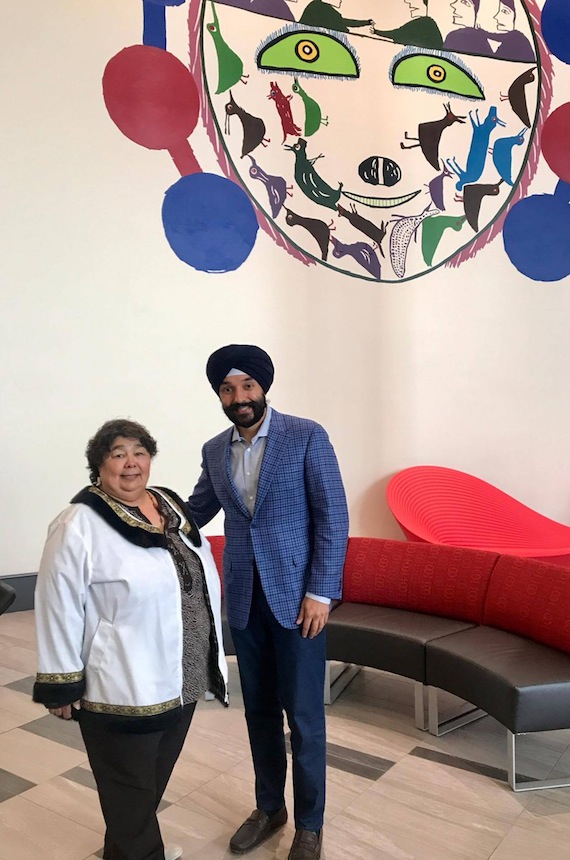 Nunavut’s network of community business investors has a million more dollars to lend to small- and medium-sized businesses, thanks to an influx of new capital from CanNor.

The investment is an acknowledgement of new economic opportunities stemming from the opening of the Canadian High Arctic Research Station, or CHARS, in Cambridge Bay, and the discovery of the HMS Erebus and HMS Terror.

“Entrepreneurs will be able to launch new enterprises and existing businesses will have the chance to grow and expand to take advantage of the opportunities such as the tourism potential around the Franklin ships discovery,” Bains said in a statement, Dec. 19.

Those three organizations lent $3.7 million to Nunavut businesses in 2017, the majority of which are Inuit owned.

Both the Kivaliiq and Baffin development corporations have agreements with Nunavut’s territorial lender, the Nunavut Business Credit Corp., which managed a lending portfolio of about $24 million last year, according to its latest annual report.

Those agreements allow the smaller lenders to coordinate loans with the NBCC, and to share lending strategies.

NBCC’s chief operations officer, Peter Ma, said his agency is “cautiously optimistic” about the growth of Nunavut’s economy, but remains concerned about the viability of some of the agency’s loans, according to his executive summary in the 2015-16 NBCC annual report.

As a publicly owned agency, the NBCC acts as a “lender of last resort” for small- or medium-sized enterprises to apply for lines of credit. In its report, the NBCC predicted the territory will see growth in sectors like technology, alternative energy, research and tourism.

The $200-million Canadian High Arctic Research Station is expected to open early next year in Cambridge Bay, and is already prompting investments in the community, such as a new water treatment system, tank plant, airport expansion and new $11-million dollar hamlet offices.

Earlier this week, the final resting spot of Sir John Franklin’s doomed Terror, which sank sometime in the mid-19th century, was officially designated as a National Historic Site, joining its sister ship the Erebus.

The Terror’s proximity to the nearby hamlet of Gjoa Haven has already resulted in additional infrastructure for research and tourism facilities.

And a pending Inuit Impact and Benefit Agreement with Parks Canada will likely include funding for tourism and outfitting companies in the hamlet to ferry tourists to Terror Bay, where the ship lies.