Check your boarding pass: yet another flight mix-up at Yellowknife’s airport

“Our agents will continue to be vigilant on all flights,” says First Air 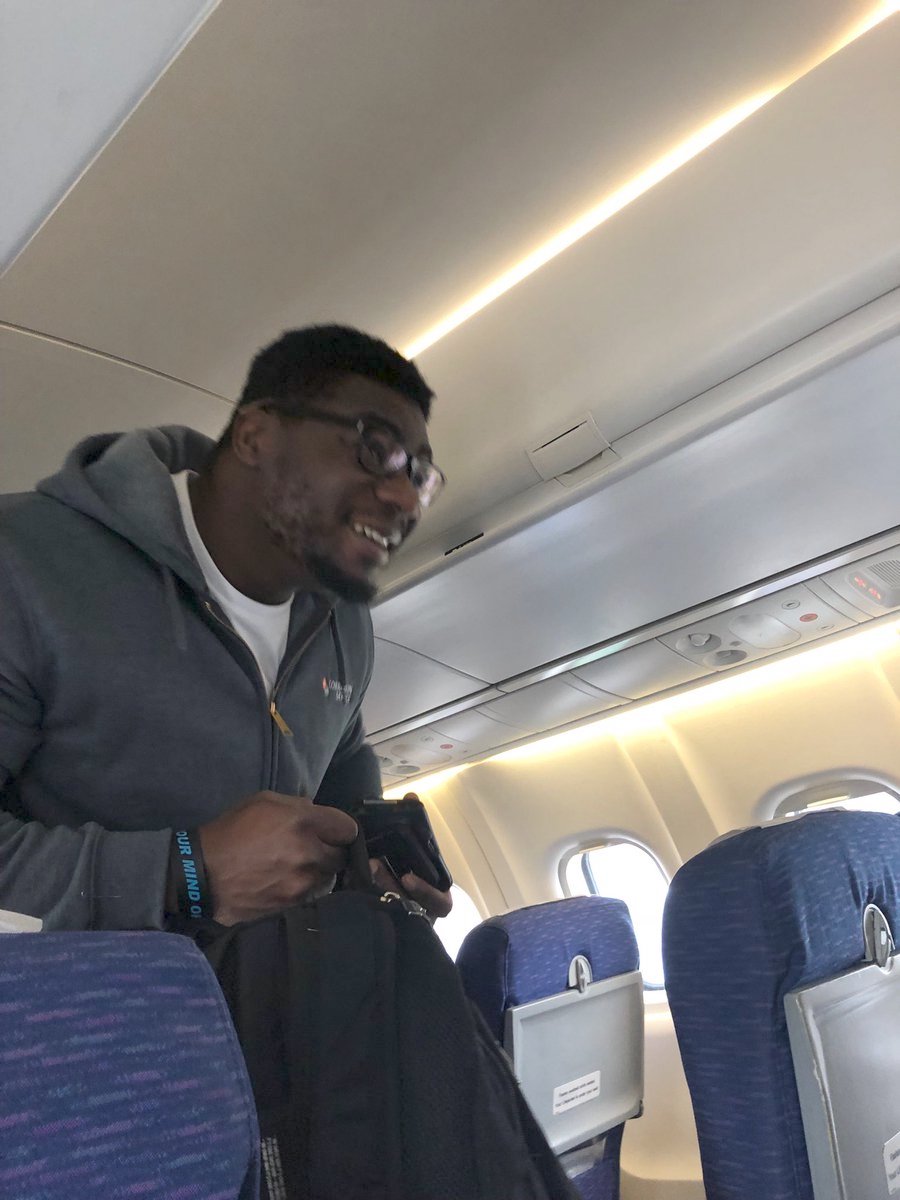 This passenger on board a Cambridge Bay flight from Yellowknife Sept. 26 is in a hurry to get off, after learning that he’s on the wrong flight. (PHOTO BY JANE GEORGE)

What if you boarded an airplane and later landed 800 kilometres north of where you expected to be?

That nearly happened to a Yellowknife air traveller on Wednesday.

The man had boarded a First Air flight bound for Cambridge Bay and taken his seat.

Attendants on the flight then started to do a head count, asking one woman about the age of her baby and if he had a boarding pass.

An attendant finally went on the public announcement system: “This flight is headed to Cambridge Bay and Kugluktuk…. If you’re on the wrong flight…”

Within a minute, he had jumped off out of his seat was rushed off the aircraft and onto his proper flight.

“The agents knew there was one extra passenger after they performed their flight head count,” said Dan Valin, First Air’s manager for marketing and communications.

“The flight … did not leave, as our procedures and processes were able to rectify the situation.”

It could have been worse. A month ago, a First Air passenger accidentally flew from Yellowknife all the way to Iqaluit, rather than to Inuvik—a 2,500-km trip in the wrong direction.

Kind of incredible how this happened. But I’m heading back to #Yellowknife now after a tour of the #arctic. Decided to make the best of it… so did the @FirstAir captain and crew. We’re buds now! pic.twitter.com/qVECX6OKeQ

When the long journey of Winnipeg filmmaker Chris Paetkau took place, the computers in Yellowknife were down and staff were entering ticket information manually, he said.

That wasn’t the case yesterday.

However, there were several flights heading to different places in the course of an hour: Iqaluit, Gjoa Haven, Cambridge Bay … and Fort Simpson.

Employees from First Air were processing check-ins from two small counters located by Gate 4, located close to the terminal’s busy restaurant concessions, with no placards to announce which flights were being boarded.

The announcement system, as an Iqaluit resident who recently passed through the airport said, is “worse than the New York subway—I never understand what they’re saying.”

“Multiple flights are announced to board at the same time from the same gate,” Valin told Nunatsiaq News. “Our gate agents and flight attendants have processes and procedures to verify that all passengers are on the correct flight.”

They’re supposed to check your boarding pass with photo ID and then direct you to the right aircraft. The Fort Simpson flight was scheduled to depart about the same time as the Cambridge Bay flight.

Meanwhile, a least four aircraft of varying sizes were on the tarmac outside Gate 4, and it wasn’t clear which aircraft was going where.

Anecdotal evidence suggests these kinds of mix-ups take place often enough, and also on other airlines out of Yellowknife, but without receiving as much attention as Paetkau’s odyssey.

One woman told of her daughter-in-law and grandson nearly going to Inuvik instead of Cambridge Bay. Another Cambridge Bay woman, who had fallen asleep on the flight from Edmonton to Inuvik, wasn’t woken up in Yellowknife, where she didn’t have to get off the aircraft, and ended up in Inuvik.

“Our agents will continue to be vigilant on all flights,” Valin said.

Aviation traffic at Yellowknife, which has doubled since the late 1980s, is expected to continue to grow at a higher rate than the national average forecast for the top 100 airports in Canada.

More than 575,000 passengers passed through Yellowknife in 2016, says its five-year business plan, and, as upgrades take place in the terminal, some improvements are apparently planned to departure areas as well.