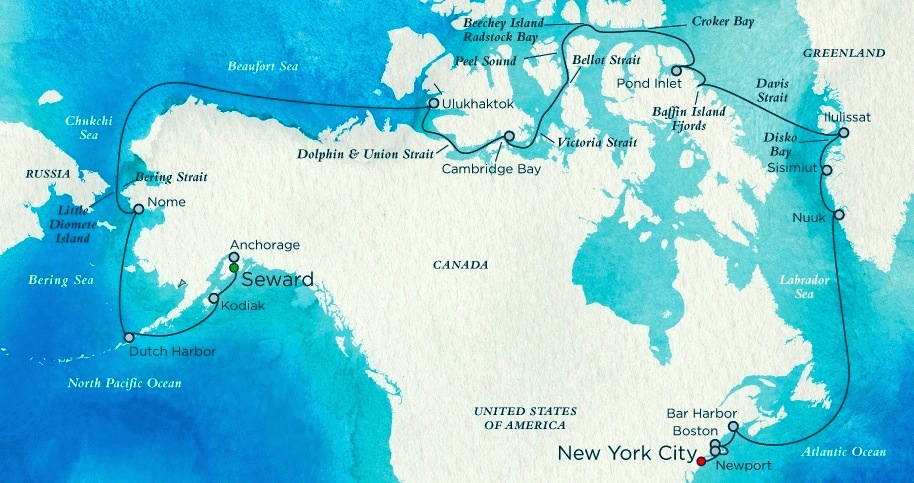 Here’s the route that the Crystal Serenity cruise ship will take this August through the Northwest Passage, starting at Alaska in mid-August and arriving at New York City a month later. (IMAGE COURTESY OF CRYSTAL CRUISES) 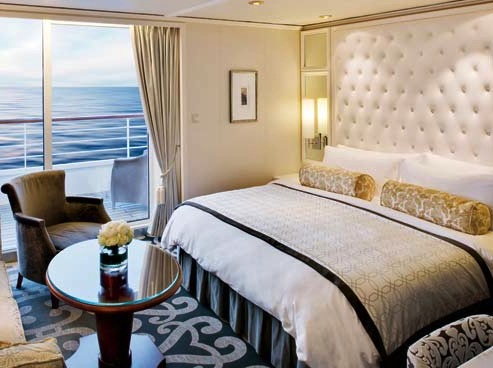 Passengers on board the Crystal Serenity will travel in comfort. This room features a living area and queen size bed, also available as twin beds, and a veranda. They’ll also get access a spa, as well as presentations by experts, including Qikiqtarjuaq guide Stevie Audlakiak and cultural specialist and interpreter Gwen Angulalik of Cambridge Bay. (PHOTO COURTESY OF CRYSTAL CRUISES)

The door from the Pacific to the Atlantic oceans will open a bit wider this summer.

That’s because 110 years after Norwegian polar explorer Roald Amundsen finished his three-year transit of the Northwest Passage in 1906, more than 1,700 people plan to travel through the same route this summer, heading east.

They’ll travel on a huge, luxurious cruise ship, the 259-metre Crystal Serenity, and their entire voyage should take about a week.

The Crystal Serenity’s itinerary for August 2016 has already received attention — from people in the Northwest Territories and in Nunavut, where Cambridge Bay will welcome the ship’s 1,700 or so passengers and crew Aug. 29, and in Pond Inlet, where people will see the ship come to call Sept. 5.

Representatives from Cambridge Bay and Pond Inlet will meet this week to strategize with people in Ulukhaktok, NWT, where the ship — the largest cruise ship ever to travel through the Northwest Passage — will also stop Aug. 27.

Those visitors will likely exceed the population of the communities they visit. Population estimates from the Nunavut Bureau of Statistics for 2011 show Cambridge Bay and Pond Inlet each had 1,600 or fewer residents.

The goal: to avoid all problems when the ship with its 1,070 passengers and 655 crew members on board goes through the passage, so there won’t be any replay of the grounding of the Clipper Adventurer near Kugluktuk in 2010.

The Crystal Serenity won’t be alone as it travels through High Arctic Islands — among the safety measures, listed by Serenity Cruises is an escort vessel equipped with oil spill cleanup equipment and a helicopter.

And a team, with Northwest Passage experience, will travel aboard the Crystal Serenity to advise and work with the captain and onboard management.

As well, there will be additional officers on the bridge for the voyage, says the information sheet from Crystal Cruises, and they’ll receive additional training on polar navigation.

Two experienced ice pilots, “each with several decades of experience in the Northwest Passage,” will also be on board, so an experienced pilot can be on the bridge 24 hours a day.

The cruise is designed to be as environmentally-conscious as it is safe.

During the transit, Crystal Serenity and its escort vessel will “voluntarily” use marine gas oil, a low-sulphur fuel, with less than 0.1 per cent sulphur.

The cruise line says this fuel is extremely-clean burning and, “is well in excess of the existing environmental regulations.”

The Crystal Serenity’s speed has been set relatively low, so only two of its six diesel generators will be required for most of the transit.

“This will minimize the carbon footprint,” says the company.

Marine traffic emissions from ships are a major contributor to pollution in the Arctic, but travelling at a slower pace and using low-sulfur fuel could reduce emissions, studies show.

The Crystal Serenity will also operate with a “nothing overboard” policy, which means no garbage or food waste of any kind will be thrown overboard.

Some garbage will be burned in the incinerator on board, while other trash, recycling and food waste will be collected and stored on board the escort vessel, the company said. This waste will then be offloaded outside the Arctic.

The Crystal Serenity plans to return to the Northwest Passage in August 2017.

But if you want to cruise the Northwest Passage in luxury, you’ll need deep pockets. For 32 days, you would have to pay from $21,855 per person up to more than $120,000 for a penthouse suite with a veranda.

Communities are already organizing for what to offer ship’s passengers when they arrive. The activities planned include community visits, hikes, kayaking, helicopter fly-overs and boat tours.

In Cambridge Bay, Vicki Aitaok, the local cruise ship liaison, told Nunatsiaq News there was already “a lot of interest” about the cruise’s Aug. 19 arrival, with many people attending a recent meeting on transportation, community involvement, in-shore activities and community activities.

The cruise, which starts in Alaska and ends Aug. 16 to Sept. 17 in New York City, marks the beginning of this company’s entry into the Northwest Passage.

In 2018, a new mega-yacht, the Crystal Endeavor, will head into the Northwest Passage, Crystal Cruises recently announced.

With a remote operated vehicle and underwater scooters, its 200 passengers will be able to see see sunken galleons, warships and passenger ships — such as the HMS Erebus near Gjoa Haven.

Meanwhile, tourism operators in Cambridge Bay told a recent Nunavut consultation on tourism that they’re already worried about safety and security issues arising from these kinds of extreme activities. 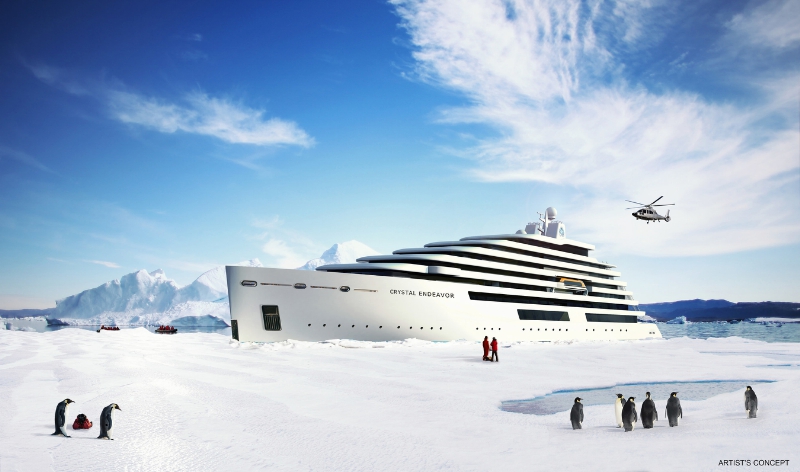 The Crystal Cruises megayacht, the Crystal Endeavour, will bring a variety of “toys” for its 200 passengers into the Northwest Passage in 2018. (PHOTO COURTESY OF CRYSTAL CRUISES)