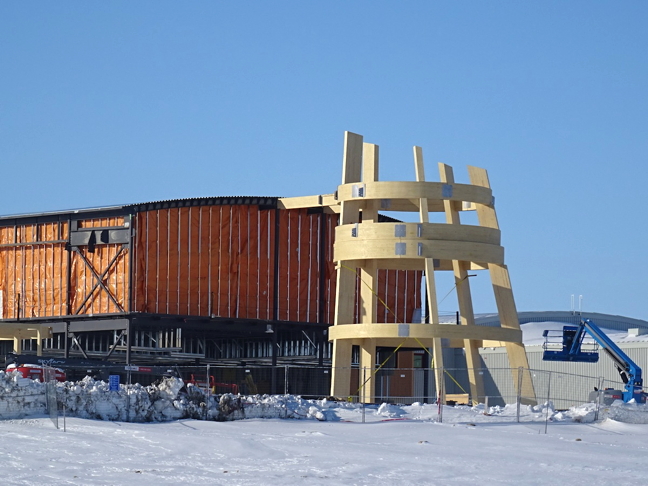 The Workers Safety and Compensation Commission has laid charges against the company constructing the Canadian High Arctic Research Station in Cambridge Bay and some of its subcontractors in connection with a worker’s injury that occurred in August 2015.

In a Sept. 8 news release, the WSCC said charges involve “multiple counts” of alleged breaches of the Safety Act including “failure to ensure adequate instruction to workers in the safe performance of their duties,” and failure to take reasonable precaution to ensure worker safety.

Companies and individuals have been named in the charges, which were laid in July 2016, roughly a year after the alleged Safety Act contraventions.

The first court appearance in relation to the case is scheduled for Sept. 19 in Cambridge Bay. Because the case is before the courts, the WSCC said it will issue no further details at this time.

The Canadian High Arctic Research Station, or CHARS, is a new facility being built by the federal government to house scientist offices, laboratories, a traditional knowledge centre and community space and will act as a hub for Arctic research in Canada.

The massive 50,000-square-foot facility, which is requiring upgrades to local water and electrical power systems, is set to open in July 2017 to coincide with Canada’s 150th birthday.