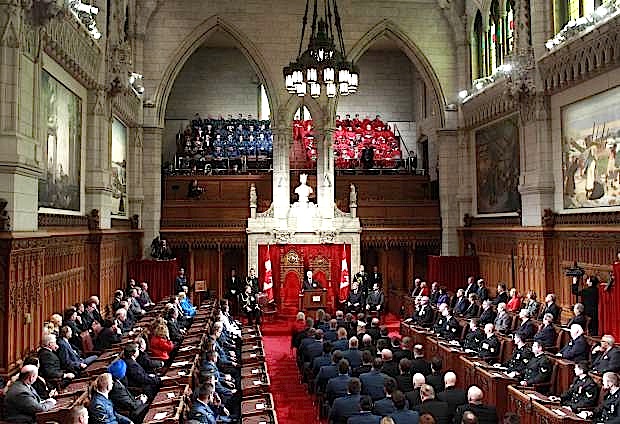 OTTAWA — The federal government’s omnibus crime bill will be heading back to the House of Commons after senators approved changes to Bill C-10 early Monday.

The changes, proposed by Ontario Conservative Senator Bob Runciman, were approved easily, but changes Liberal senators wanted to the Safe Streets and Communities Act received a tougher ride, including a failed proposal to raise the number of marijuana plants one could legally grow to 20 from six.

The Conservative senators on the Senate legal affairs committee used their majority to reject all 17 changes the Liberals proposed.

Liberal senators also raised concerns about provisions in C-10 that could hit aboriginals harder than others, but Tories on the committee said the bill focused on crime regardless of who was responsible.

“If they’re trafficking, they know what they’re doing,” said Conservative Senator Daniel Lang. “They are affecting young people within their villages.”

Lang said victims believe there has been a miscarriage of justice over the last few years, and it was time to change that by having politicians set “the moral compass” for law and order.

The Liberals unsuccessfully proposed changes to the drug laws in the bill, including increasing to 20 from six the number of marijuana plants required to be charged with trafficking.

“I’m concerned that when we pass a bill that . . . people will believe their streets and communities will be safer and I’m not convinced that’s the case,” Liberal Senator James Cowan said in an interview Monday afternoon.

Cowan said there are some Tory senators who are critical of the bill and may vote with the opposition Liberals when the Senate as a whole debates Bill C-10 on Wednesday.

Liberal Senator Joan Fraser said police told the committee they were unlikely to hunt down Canadians growing as few as six marijuana plants and would focus instead on large producers.

“It’s very strange to pass a law when the police tell you they that they probably wouldn’t enforce it,” Fraser said.

Other changes that were rejected include: making previous jail time of at least one year a requirement of the two-strike rule that mandates a minimum one-year jail sentence for a second drug offence of any kind: restricting information a victim can receive about an offender to their rehabilitation progress stemming from the specific crime; and prohibiting the reporting of any information about a child offender under the age of 14.

The only changes that were accepted were the six proposed by Runciman.

Those amendments were similar to the six that Liberal MP and justice critic Irwin Cotler proposed when the bill was in the House of Commons. The Conservatives rejected Cotler’s recommendations, but had to have its own amendments presented in the Senate because the government waited too long in the House of Commons legislative process to legally make changes to Bill C-10.

The six changes adopted include defining what it means to support terrorism and giving victims of terrorism the ability to sue the group or state that supported the terrorist act.