Diving head first into a sea of Arctic knowledge 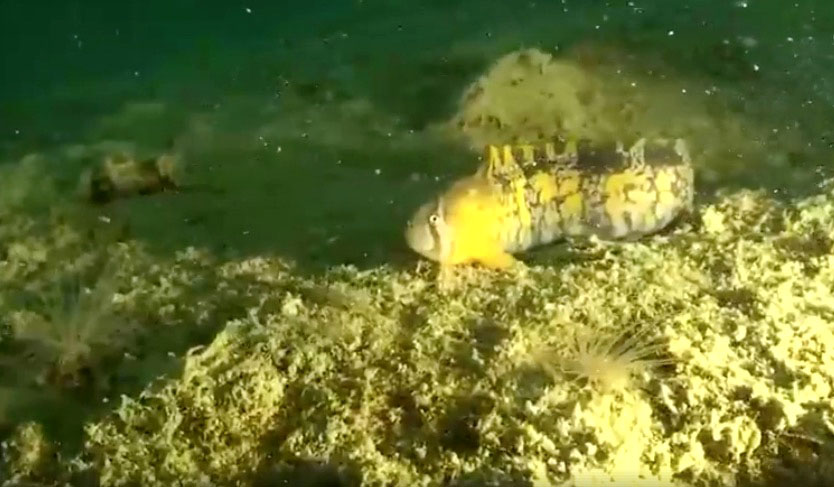 This banded gunnel is the only species of gunnel fish found in Arctic waters, which is why a group of divers got excited about seeing it while diving in waters near Cambridge Bay. (PHOTO COURTESY OF CANADA C3) 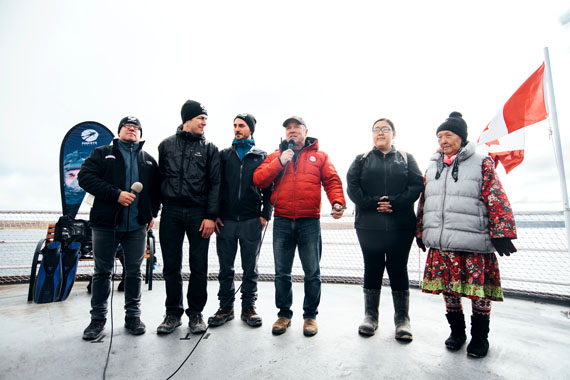 C3 expedition leader Geoff Green speaks during a live broadcast for an underwater Arctic dive led by the ocean education group the Fish Eye Project. Divers and ocean scientists involved are standing to his left, and the Cambridge Bay representative for Ocean Networks Canada Mia Otokiak is to his right, along with Cambridge Bay elder Eva Kakolak. (PHOTO COURTESY OF CANADA C3) 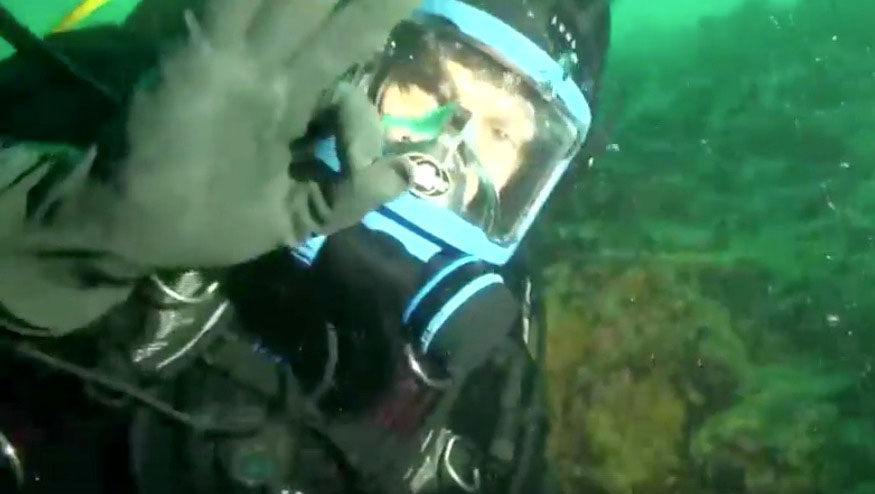 A diver with the Fish Eye Project, a group of ocean educators in B.C., signals an “OK” during an underwater dive that was broadcast from Cambridge Bay Aug. 27. (PHOTO COURTESY OF CANADA C3) 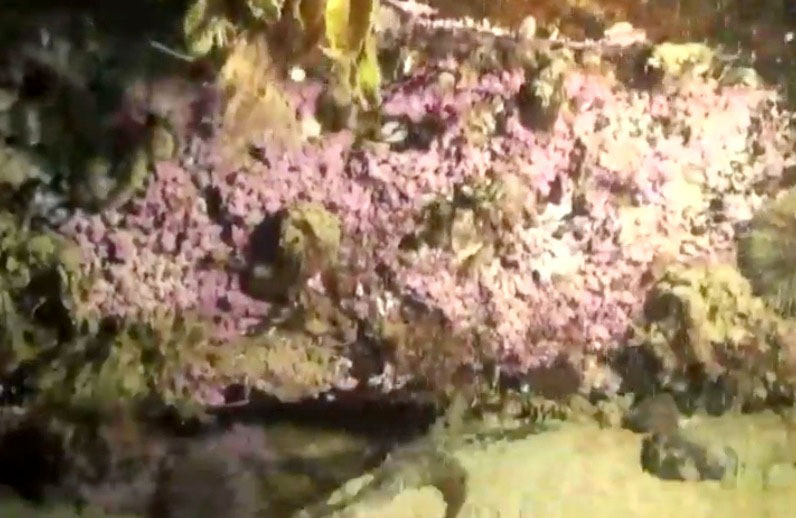 The pinkish-red colour of this algae found beneath the waves near Cambridge Bay have earned it the title “bubblegum algae.” (PHOTO COURTESY OF CANADA C3)

Ever wondered what an Arctic char does all day, hanging out beneath the waves?

A British Columbia-based ocean education group made it possible to see what goes on in the Arctic’s underwater world Aug. 27 when it sent a diver and a video camera into chilly 6 C waters near the north dock area in Cambridge Bay.

The “Live Dive” event allowed viewers from across Canada to tune in via Facebook and ask questions in real time to the divers and ocean scientists of the Fish Eye Project.

The group called it “the first ever live broadcast of a dive in Arctic waters.”

The dive was broadcast from the deck of the C3 ship, a former Coast Guard icebreaker travelling from Toronto to Victoria through the Northwest Passage to mark Canada 150. Ocean Networks Canada, Ocean Wise and Polar Knowledge Canada also supported the dive.

“We tend to take the entertainment angle, it’s engaging and we educate through that,” said Maeva Gauthier, executive director of the Fish Eye Project.

The Fish Eye Project uses its fun and innovative dive programs to teach people about biodiversity and marine life, and to show the impacts that environmental changes and pollution have on underwater ecosystems.

In Cambridge Bay, the big news from this dive was the sighting of a banded gunnel fish.

“The divers were really excited. It’s the only gunnel species in the Arctic and they saw one in Cambridge Bay,” said Gauthier.

“It’s a beautiful fish,” with a tropical look, she said, due to the colourful yellow bands on its skin.

While the live dive is over, the ocean education part has just begun. The Fish Eye Project team is developing curriculum and lesson plans for educators to be posted on the Canada C3 digital classroom page.

“We’re going to be able to share that with teachers across Canada so they can learn more about the Arctic Ocean and the biodiversity and what it’s all about. It’s all about education in the end,” Gauthier said.

The weekend marked the start of the 10th leg of the C3 ship’s journey across Canada’s three coast lines.

The current portion of the voyage runs from Cambridge Bay to Kugluktuk, and means the whole trip is at about its half-way mark.

Besides the weekend live dive, the Fish Eye Project team and C3 group toured the soon-to-open CHARs, hosted two federal ministers on board the ship who were in town for an ocean funding announcement, and held a presentation at Kiilinik High School where Tewksbury gave a motivational message to youth.

“He got up to speak at the high school and instead of talking about his gold medals he talked about how he struggled as a child when he discovered that he was gay, and how he grappled with that,” C3 expedition leader Geoff Green told Nunatsiaq News.

“His message to the kids was, be yourself and you’ll find a way to succeed.”

The C3 crew also had a chance to step on board the Maud before it set off for Greenland.

As for the live dive, Green said the project brought some under-the-sea variety to what is otherwise an over-the-ocean tour.

“The Fish Eye Project, it showcases the diversity of the Arctic ecosystem,” he said.