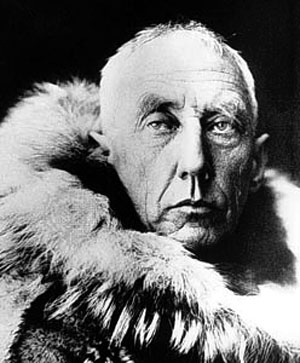 The Fram Museum in Oslo, Norway recently did a DNA analysis to verify speculations that Roald fathered a baby with an Inuit woman in Gjoa Haven during his navigation of the Northwest Passage in the early 1900s. (FILE PHOTO)

DNA testing may have put an end to a long-held Arctic tale: that Norwegian polar explorer Roald Amundsen fathered a son in Gjoa Haven more than 100 years ago.

The Fram Museum in Oslo, Norway recently did a DNA analysis to verify speculation that Amundsen fathered a baby with an Inuit woman in Gjoa Haven during his navigation of the Northwest Passage in the early 1900s.

But the test results revealed that Amundsen is not related to a one particular Gjoa Haven family.

The story has drawn the interest of historians, biographers and descendants for more than a century.

It stems from the claim of two Gjoa Haven brothers, Bob Konona and Paul Ikuallaq, who say that their father Luke Ikuallaq, born in 1904, was the son of Amundsen.

The brothers say this was revealed to them by their father on his deathbed.

Konona and other family members also say that the newborn Luke was left on the ice to die, but rescued by his grandparents at the last minute.

Luke was regarded an illegitimate “half white,” according to their story.

Several Norwegians have even visited Gjoa Haven to meet their supposed relatives.

But as part of the DNA analysis, the Y-chromosome profiles of Konona and Ikuallaq were compared with the profile of a male descendant of Roald Amundsen’s father.

The Fram Museum’s report concluded that the half-brothers do not have a common ancestor.

But museum researchers note that the test results do not prove that Amundsen has no descendants in Gjoa Haven or elsewhere in Arctic Canada.

Researchers also say it is possible that the brothers are descendants of one of the other members of the Gjøa expedition from 1903-1906.

For that reason, the Fram Museum would like to continue its investigation, which would require the permission of Gjoa Haven families to match their test results with the families of other expedition members: Anton Lund, Helmer Hanssen, Gustav Juel Wiik, Peder Ristvedt, Adolf H. Lindstrom and Godfred Hansen.

The museum says its goal is to ensure that the histories written about Norweigan explorers are as accurate as possible.