“Suicide is a kind of violence against yourself. So we have to say what’s causing that violence” 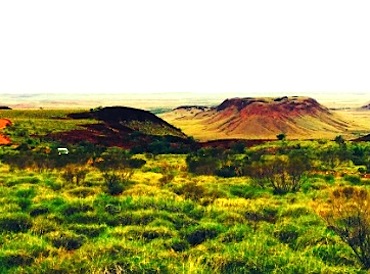 Australia, beautiful out on the land, as this photo taken from 200 metres above sea level on Table Top Mt. “Milawatnah” shows, but, in many communities, not always easy for Indigenous Australians. (PHOTO COURTESY OF D. BONSON) 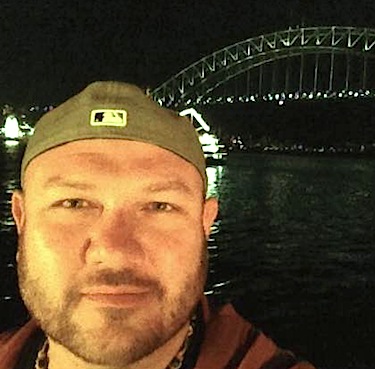 An Aboriginal social activist in Australia has a message to share with Inuit: to prevent violence and suicide, health and social services agencies must meet the needs of Indigenous men and members of the lesbian, gay, bisexual and transgender Indigenous community.

“We have to create a world that these people actually want to live in. And currently, to be honest, we don’t — not the world that Aboriginal people see around them,” said Dameyon Bonson in a recent interview from Australia via Skype.

If you live in Nunavut or Nunavik, you probably don’t think much about the other side of the world, where Bonson lives.

But, despite the obvious differences in climate, Bonson says you would feel at home in Australia among its welcoming Indigenous population of 670,000, Aboriginal and Torres Strait peoples, whose presence and culture go back 50,000 years on that sub-continent and islands.

But you would also recognize the poverty, substance abuse, violence and suicide in Indigenous Australian communities, which are a “response to oppression,” Bonson says.

The toll of this oppression is huge: the official death by suicide rate is one in 20 deaths for Indigenous Australians every year, but a rate of one in 10 to 12 deaths is likely more accurate, due to under-reporting, he said.

That’s about the same as in Nunavut where in 2013, the worst year yet for suicide in the territory, 45 people, mainly young men, died by suicide.

In Australia, every second Indigenous male and one in four Indigenous females, 15 to 19 years old, harbour suicidal thoughts, similar to Nunavut, where the 2007 Inuit health survey showed that 48 per cent of Inuit respondents thought about suicide at some point during their lives.

And, even the youngest Indigenous Australians are not spared, with many children under 14 also taking their lives, as has also been the case in Nunavut.

Bonson, now 41, started studying social work in 2002, travelling 35,000 kilometres over a few months to help communities with assessments and action plans in Western Australia. There he witnessed the devastating impacts of suicide and violence in the small Aboriginal communities he visited.

“Suicide is a kind of violence against yourself. So we have to say what’s causing that violence, that rage,” he said.

Bonson says Indigenous Australian men of every age remain among the hardest hit by day-to-day racism and poverty, suffering from many layers of trauma.

“if you’re an Aboriginal male in Australia — and probably it is the same in Canada — you’re likely demonized to a substantial point: you’re a drunk, you’re a rapist, you’re a pedophile, you’re a murderer,” Bonson said. “There’s not a lot of positive stuff. So that has an impact on a person’s self-worth.”

Bonson says Aboriginal men feel particularly alienated by the health and social services system brought in by European settlers and which is still largely dominated by white, female faces.

“Men haven’t been involved in the conversation around their health care,” he said.

To protect themselves and others from their rage, Aboriginal men need what Bonson calls “sanctuaries,” where they can gain access to basic health and social services and get closer to nature.

Men’s groups do exist, he said, but often organizers overload participants with health promotion materials, when what the men really need is relaxation, “that feeling of calmness which is so important to your overall health.”

“They need somewhere for time-out when they get to that point of rage,” Bonson said. “[But] there’s nowhere for them to go.”

For lesbian, gay, bisexual, transgender Indigenous (LGBTI) Australians, the situation is even worse.

They’re bullied and the risk of suicide increases, said Bonson, who is also gay.

The needs of the LGBTI community also get lost within mainstream health and social services structures — a state of affairs that needs to change, he said.

Bonson prefers to dump the acronym, LGBTI, in favour of “Rainbow” to “keep it as simple as that.”

Now a consultant with his own company, Indigenist Consulting Services, Bonson has started a group called Black Rainbow — Living Well, Indigenous LGBTI Suicide Prevention, to respond to the needs of Indigenous members of the Rainbow family.

Bonson’s long-term goal is to expand the Black Rainbow group globally so that any Indigenous person, anywhere, can call, anytime, and speak to someone who will understand what they’re going through.

Next month, you can meet Bonson in Montreal at the 28th International Association for Suicide Prevention World Congress Conference, June 16 to June 20, where he’ll be hosting a workshop called “Intersecting Indigenous Rainbows — LGBT First Nations and Two-Spirited People in Suicide Prevention.”

A briefing from this workshop will go to the next United Nations Forum for Indigenous Peoples, which this year talked about Indigenous youth self-harm and suicide, he said.

Bonson said he’s eager to make contact with Inuit during and before the conference, as he’ll be crossing Canada before arriving in Montreal.