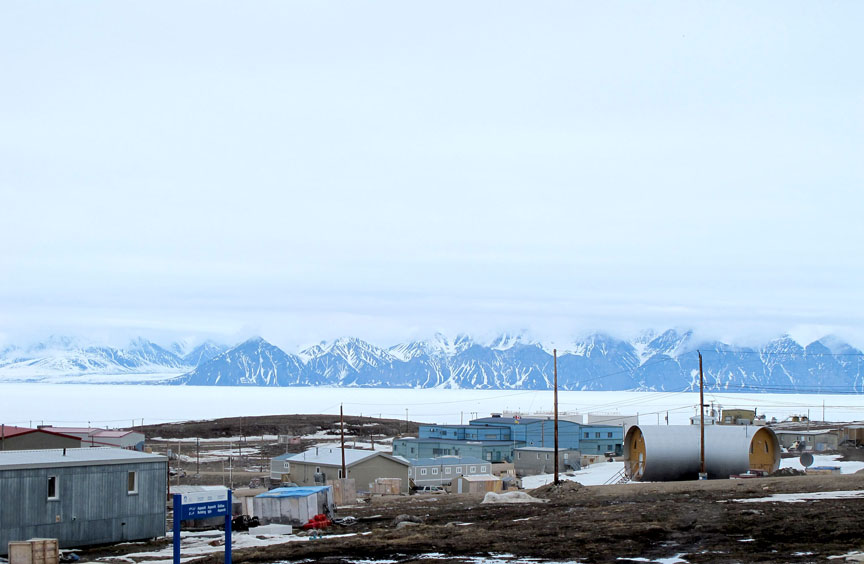 Curtis Apak, 23, of Pond Inlet, was sentenced to one year in jail for hitting a three-year-old boy last August during a drunken joyride on an ATV. (FILE PHOTO)

Curtis Apak, 23, of Pond Inlet, who downed a mickey of hard liquor and drove a speeding ATV into a three-year-old boy last summer, received a one-year jail sentence and a plain-language lecture on Canadian sentencing law from Nunavut Justice Paul Bychok earlier this month.

“Nunavummiut expect strong sentences for serious crimes. The principles of sentencing in this case require a strong jail sentence,” Bychok said Jan. 11 at a hearing in Pond Inlet.

The judge also said Apak’s offence cannot be treated in isolation and must be viewed “with the bigger picture in mind.”

“Right across Nunavut, too many drunk people are getting behind the wheel of cars, trucks, snow machines and ATVs, and they are putting everyone else’s lives and safety at risk,” Bychok said.

Apak, described as “staggering drunk” at the time, was charged in the early morning hours of Aug. 18, 2017 with impaired driving causing bodily harm.

On the previous evening, he drank most of a 375-millilitre bottle of liquor and around midnight, decided to “borrow” his father’s new vehicle.

Apak, who possessed a learner’s permit but not a driver’s licence, picked up his girlfriend and began driving around at high speeds.

After his girlfriend became scared and got off the ATV, Apak got angry, drove onto the land for a while and returned to town.

Around 2 a.m., without slowing down, he steered the vehicle toward a crowd of people standing outside the local candy store and drove between two children.

Apak hit three-year-old Arthur Koonoo, slammed the ATV into a nearby boat and ran away.

After Koonoo’s mother took Arthur to the health centre, the little boy, who suffered a broken nose and a torn tear duct, was medevaced to Ottawa for emergency surgery.

“Arthur’s nose remains crooked, but it is hoped his nose will straighten as he continues to grow,” Bychok said.

At his sentencing hearing in Pond Inlet this past Jan. 11, Apak’s lawyer, John Thompson, argued for a six-month jail term.

Crown lawyer Sarah Bailey argued for a one-year jail sentence, two years of probation and a two-year ban on driving. To support her position, she presented Bychok with eight previous cases.

Bychok accepted Bailey’s arguments, but before pronouncing sentence, he gave a nutshell explanation of how Canadian judges arrive at sentences.

That included listing the objectives that sentencing judges must try to meet when crafting a sentence. In Apak’s case, four principles stand out, Bychok said: denunciation, deterrence, rehabilitation and proportionality.

“Deterrence,” which is both general and specific, means trying to influence people to obey the law.

“In everyday English, my intended audience to discourage from drinking and driving today is made up of all Nunavummiut (general), as well as Mr. Apak (specific,)” Bychok said.

Of the other two, “proportionality” means a sentence that reflects the seriousness of the crime and “rehabilitation” means helping the offender heal and become a better person.

“There can be no real deterrence unless the offender heals. Chances are the offender will offend again if he does not heal,” Bychok said.

He also explained how the famous Gladue decision, issued by the Supreme Court of Canada, influences how judges must take into account the life histories of Indigenous offenders before making sentencing decisions.

“In fact, the Nunavut Court of Justice is a Gladue court. To make a long explanation short, our court must account for the particular and unique circumstances of Inuit, their culture, history and society,” he said.

“Nunavut society is in the midst of an alcohol abuse crisis. The direct results of alcohol abuse fill our criminal and child protection dockets. The influence of residential schools is inter-generational. Nunavut has the highest suicide rate in the country. These are but three examples.”

And in serious cases like Apak’s, deterrence and denunciation must be emphasized.

“In this climate of rampant alcohol abuse, this court has a duty to put deterrence and public safety at the very forefront of its sentences in these types of cases,” Bychok said.

For this reason, Apak, described by his defence lawyer as a model citizen, should not escape a tough sentence, he said.

“He hurt Arthur very badly. He also put the lives and safety of many of his neighbours in immediate danger. Nunavummiut expect strong sentences for serious crimes,” Bychok said.

After serving out his 365-day jail sentence, Apak must abide by a two-year probation order that requires him to stay away from places that sell alcohol, to not keep alcohol in his home, attend any alcohol counselling directed by his probation order and do 60 hours of community work.

His driving prohibition means he can’t drive a motorized vehicle anywhere in Canada for two years, including on the land.

An earlier version of this story describe’s the accused’s vehicle as a “snowmobile.” Though the judgement embedded below describes the vehicle as a “snow machine,” we have since learned that Apak was actually driving an ATV.