GN responds to wrongful dismissal suit with allegations of its own 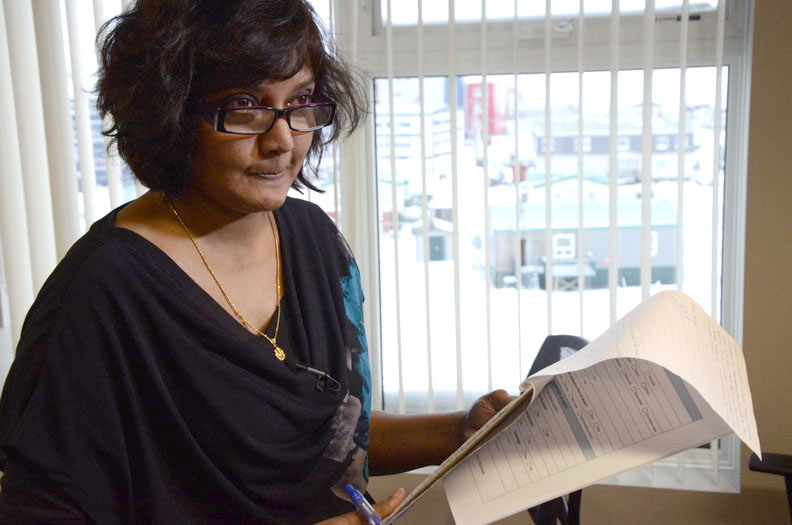 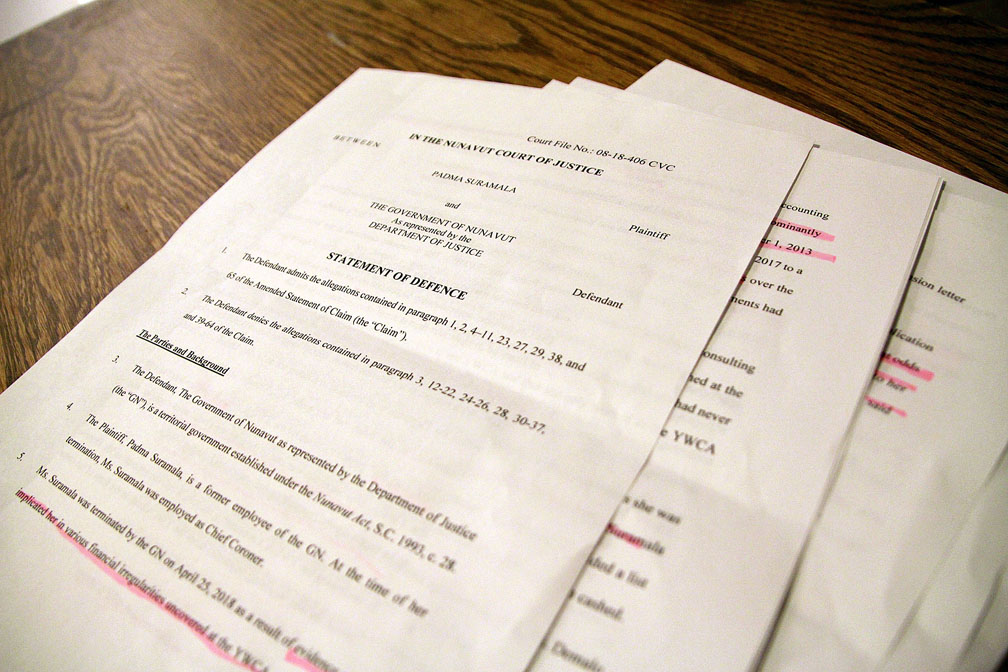 The Government of Nunavut alleges that its dismissal last April of Nunavut’s chief coroner, Padma Suramala, is partly related to a financial scandal at Iqaluit’s YWCA Agvvik women’s shelter in 2017, and partly related to her “deliberate, premeditated and wanton disregard for the laws of the territory of Nunavut.”

Those allegations, and others, are contained in a 16-page statement of defence filed Oct. 19 in response to a wrongful dismissal lawsuit that Suramala filed this past June.

In the statement, GN alleges Suramala was a “knowing participant” or was “wilfully blind” to “fraudulent activity involving the YWCA.”

These allegations have not been proven in court.

Also, no criminal charges have ever been laid in connection with allegations of improper financial activity at YWCA Agvvik, which operates the Qimaavik women’s shelter.

Suramala, who had worked as Nunavut’s chief coroner since 2010, had said the GN was “unfair, malicious, unethical, unlawful, high-handed, arbitrary and callous” towards her, both during her employment and during her dismissal.

According to the GN’s defence, an internal government audit by a fraud examiner connects Suramala to financial irregularities at the Qimaavik women’s shelter related to “consulting fee” payments.

The GN alleges that Suramala told the auditor in January that she had “never provided consulting services to the YWCA and that she only worked at the YWCA part-time, once per week for a minimum of two hours.”

Suramala acknowledged receipt of some of those payments, but denied ever signing a corresponding invoice.

The GN alleges she gave another explanation for the payments, saying they were reimbursements for money spent to run programs for girls, and for a personal loan owed to her by a Qimaavik staff member.

The GN did not name the imputed staff member.

Suramala had loaned the money to the staff member for dental work in India, Suramala told the GN, at least according to the GN’s statement of defence.

“All of the funds used to repay this alleged personal debt, and the remainder of the $24,154.00 total, were drawn from YWCA accounts, and not any employee’s personal account,” the GN statement of defence said.

Suramala never disclosed her work at the shelter to the Justice Department, a breach of GN government staff policy, the GN said.

Nunavut’s chief coroner is responsible for investigating deaths that could be deemed preventable, and for providing reports on how to avoid breaches to public safety within the government.

In her lawsuit, Suramala accused the Department of Justice of acting in contravention of the Coroner’s Act by barring her from attending death scenes subject to police investigations and banning her from releasing recommendations on reducing domestic violence.

The GN, however, denies that it ever prevented Suramala from publishing her findings or other work.

“The plaintiff was repeatedly told in writing, and otherwise, that it was her decision to publish whatever material she saw fit in the course of her duties,” the GN’s statement of defence reads.

In response to allegations on access to death scenes, the GN alleged it is “standard practice” to wait until a police investigation is over.

Also, the GN alleged Suramala was in “flagrant violation” of the Coroner’s Act herself when she obtained original copies of health care files on Jan. 30 after drafting what appeared to be a forged warrant from the court.

“Ms. Suramala was opposed to having to obtain a warrant pursuant to the law and this issue became a frequent source of frustration for Ms. Suramala,” the GN said.

“Ultimately, this matter became a frequent topic of conversation between Ms. Suramala, Mr. MacKay, and other members of the GN.”

According to Nunavut’s Coroner’s Act, a court order signed by a justice of the peace is required before the coroner’s office can seize documents for an investigation, the GN said.

Deceiving medical staff with a forged warrant was “a gross breach of trust” that left the Department of Justice unable to keep Suramala in her role as chief coroner, the GN alleges.

“Suramala was suspended immediately after passing off her self-made document as a court order,” the GN said.

“This misconduct, on its own and certainly when taken in conjunction with her deceit regarding the YWCA, amounted to just cause for her dismissal,” the GN alleged.

The GN’s statement of defence by the GN asks that Suramala’s claim be dismissed.

Government of Nunavut State... by on Scribd