Federal government looking for feedback ahead of Indigenous language legislation

Public consultations to start in Iqaluit, Kuujjuaq next month 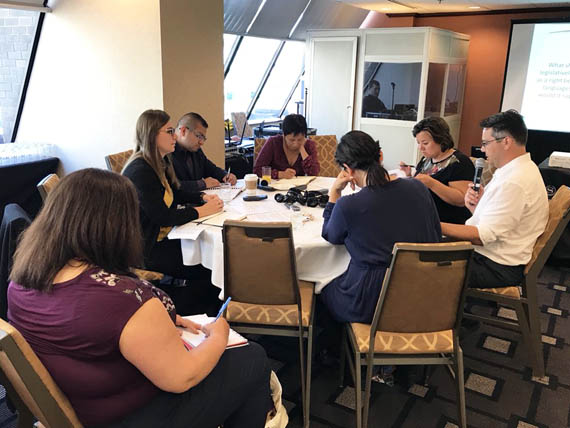 The Department of Canadian Heritage has launched a new round of public consultations to help draft the federal government’s Indigenous Languages Act.

The department has been in discussions with Indigenous groups and language experts since June 2017 to gather feedback on how to best preserve and revitalize Indigenous languages.

The Trudeau government pledged to table such legislation within its current mandate. The department now says that legislation should be introduced by the fall.

As part of that process, government officials are hosting a number of consultations in the coming weeks in Inuit communities, north and south.

Heritage Canada hosted a session in Ottawa earlier this month with representatives of Inuit Tapiriit Kanatami.

In the coming weeks, the department will be hosting sessions in the following cities or communities:

The sessions are full-day events which run from 9 a.m. to 5 p.m. Registration and more information is available on the Canadian Heritage website.

Inuit have already told the federal government that they want better protection and promotion for Inuktut.

Roughly 70 per cent of Nunavut Inuit speak Inuktut as their first language, though that rate is declining at about one per cent per year.

At a recent United Nations forum, Nunavut Tunngavik Inc. President Aluki Kotierk called on the federal government to recognize Inuktut as one of the country’s founding languages.