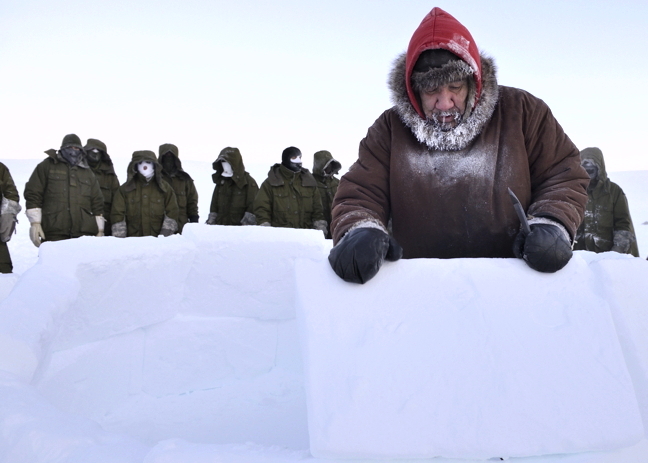 Canadian Rangers who do patrols and represent Canada’s sovereignty in the North on a part-time basis, may not receive the medical and logistical support entitled to them as members of Canada’s Armed Forces, the ombudsman for the Department of National Defence and Canadian Forces warns.

“In the fall of 2015, I committed to conducting an investigation of the Canadian Rangers organization with a focus on health care and the reporting and tracking of injuries, illnesses and deaths,” ombudsman Gary Walbourne said in a statement, Jan. 23.

“We listened to the ideas and concerns of military personnel including Canadian Rangers, as well as civilian employees and military family members. In our preliminary research we have identified additional areas of concern that warrant further investigation.”

Canadian Rangers, often referred as the “eyes and ears” of the North, are a unique branch of soldiers within Canada’s reserve forces.

The requirement for members to perform their duties in relative isolation, using strong local knowledge of the landscape and environment, means the branch is home to a diverse range of backgrounds in different jurisdictions across Arctic Canada.

In Nunavut and Nunavik, many Canadian Rangers are Inuit.

In 2015, a Canadian Ranger was charged with illegally killing a caribou during a Baffin Island hunting ban while he was performing his duties and accompanied by a superior officer.

The ombudsman said his office would continue to provide updates to the public as the investigation unfolds.

A final report will be submitted to the Minister of National Defence and the Canadian Armed Forces, including “evidence-based recommendations” for the “many administrative, procedural and policy challenges facing the Canadian Rangers.”