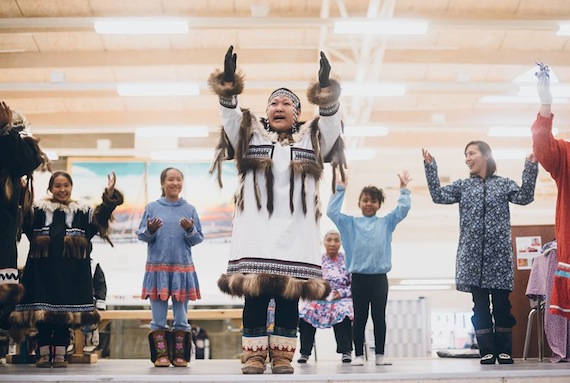 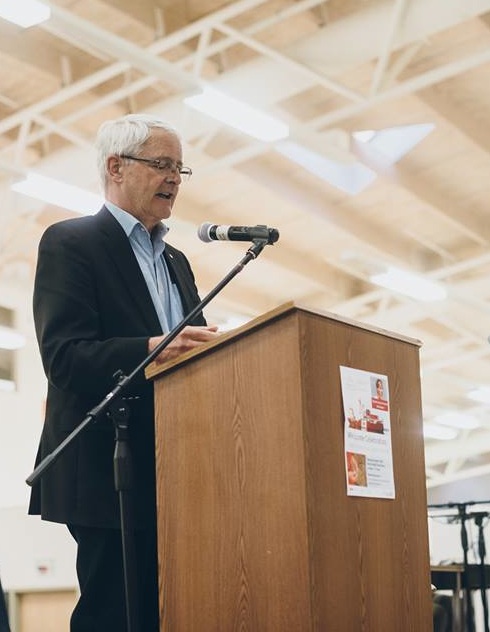 These measures, which come a year after the launch of an Arctic marine safety review, amount to $175 million in spending over five years on seven measures to help protect Arctic waters, as part of the Oceans Protection Plan.

For Iqaluit, this will bring $29.9 million to build a new Arctic National Aerial Surveillance Program Complex, featuring an aircraft hangar and accommodations unit.

The new complex is intended to improve both spill prevention and Transport Canada’s National Aerial Surveillance Program Arctic operations as well as help watch over the growing number of ships in Canada’s Arctic waters.

“We know that aerial surveillance is the most effective method for the detecting oil spills,” Transport Minister Marc Garneau said Aug. 26 in front of a crowd at the Kiilinik High School.

“So we are expanding this program to support local Arctic marine pollution reporting, adding search and rescue capacity and satellite monitoring of offshore vessels in the North.”

Garneau also promised to improve underwater map charting in the Arctic, replacing, what he called, are “charts based on very old, sparse and insufficient hydrographic surveys.”

To that end, he said this summer the Canadian Hydrographic Service is carrying out a hydrographic survey program aboard the Coast Guard ship Sir Wilfrid Laurier which will conduct sonar surveys to improve charting on the approaches to Cambridge Bay—an increasingly busy gateway to the Northwest Passage.

The money will also help develop partnerships with Indigenous communities and Arctic stakeholders to establish “low impact shipping corridors,” promoted by groups such as the Pew Charitable Trusts, which will provide infrastructure, navigational support and emergency response services as marine traffic increases in the Arctic:

Transport Canada plans to identify Arctic shipping routes which will be practical, safe, and have a limited impact on the marine environment.

“That allows us to keep ships away from more sensitive areas that need to be protected,” Garneau said.

Money will also go into a Community Participation Funding Program. This $13 million program will provide up to $50,000 for projects by Indigenous groups, non-profit organizations, and local communities that contribute local knowledge and expertise aimed at improving Canada’s marine transportation system.

“Indigenous peoples have been safeguarding Canada’s waters for centuries, and continue to do so,” Garneau said.

“Those who live in coastal areas are often directly affected by marine pollution incidents. And they are often the first to respond to marine emergencies. We need their traditional knowledge and expertise to make the smartest decisions we can about protecting these waters.”

The seven measures, announced by Garneau, also include:

• $94.3 million over five years to support “safer, and more efficient Arctic resupply operations” through more safety equipment and basic marine infrastructure—and the training of local people to operate these;

• $16.89 million over five years to establish Transport Canada’s Office of Incident Management, which will modernize and standardize the department’s incident response processes, with a new incident command system; and,

• the expansion of the Canadian Coast Guard Auxiliary in the Arctic which will see eight new vessels provided to the volunteer groups to respond to incidents.

“The measures we are announcing today will protect Canada’s Arctic coast and water for future generations and continue to provide critical jobs and employment,” Garneau said in Cambridge Bay.

Joining Garneau in Cambridge Bay were Indigenous and Northern Affairs Canada Minister Carolyn Bennett—in advance of her Aug. 28 shuffle to minister of Crown-Indigenous Relations and Northern Affairs—and David Scott, who heads Polar Canada, the agency which oversees the Canadian High Arctic Research Station, set to open in October in Cambridge Bay. A shipload of passengers onboard the Polar Prince, the Canada C3 ship taking a 150-day voyage from Toronto to Victoria via the Northwest Passage, were also in town.