Less than a quarter of Baffin caribou TAH harvested so far: Nunavut minister 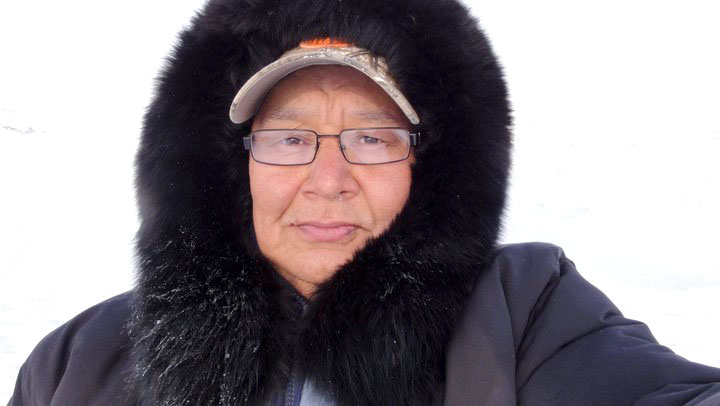 Johnny Mike, Nunavut’s minister of environment, said Oct. 27 that 61 caribou have been harvested on Baffin Island since his department announced a total allowable harvest of 250 animals, bulls only, that covers the period ending July 1 next year. (FILE PHOTO)

Johnny Mike, Nunavut’s minister of environment, said Oct. 27 that 61 caribou have been harvested on Baffin Island since the hunting ban on the animal was replaced with a modest quota.

“The last notice I was given was that 61 caribou have been harvested to date,” said Mike during question period at Nunavut’s legislature assembly.

In August, the Government of Nunavut lifted its eight-month moratorium on caribou hunting on Baffin — replacing it with a total allowable harvest of 250 male animals.

Baffin Island has seen its caribou herds decimated in recent decades, down from an estimated 100,000 animals in the 1980s to the present estimated total of between 3,400 and 6,200.

In his statement, Mike went on to say most of the caribou harvested since hunting season began in October have been in south Baffin.

The predominantly southern harvest supports his previous warnings to refrain from hunting in north Baffin, where caribou are even more sparse.

“Any harvest there may create conservation concerns,” Mike said in an August news release, after the decision was made to lift the moratorium.

“We are strongly suggesting to the Qikiqtaaluk Wildlife Board that they allocate the harvest so that most, if not all, harvesting takes place in Central and South Baffin.”

The Qikiqtaaluk Wildlife Board, however, decided to distribute the 250 tags evenly across all of Baffin.

Thirty tags were given to eight communities on the island.

Igloolik, which is under the jurisdiction of the Qikiqtaaluk Wildlife Board, was given only 10 tags because of its access to the mainland — and the Kivalliq region, just to the south of Igloolik, is currently a major supplier of caribou meat to Baffin Island.

In September, the GN recommended doubling the quota of caribou on Southampton Island from 800 to 1,600 after a survey determined the herd population has nearly doubled since 2013.

Iqaluit-Tasiluk MLA George Hickes asked Mike if the government was exploring other options to subsidize country food freight in light of another slim harvest on Baffin Island.

“There has been a lot of concern brought to my attention… that the cost of shipping meat and country food from other parts of Nunavut is very onerous on a lot of people,” Hickes said to Mike during question period Oct. 23.

“The government currently subsidizes shipping of seal pelts. There’s a commercial fisheries freight subsidy… are they [Department of Environment] exploring any option to assist with the freight subsidy for country food?”

While the environment minister acknowledged the hardship felt by Nunavummiut from the fluctuating caribou population, he said the handling of country food is not entirely under his department’s authority.

The GN is currently conducting another survey of Baffin caribou populations and the results will help officials decide whether to maintain the quota system or reinstate the hunting ban.

“Since last month, we have been doing a study or survey and once we get the results we will have a better idea,” said Mike.

“Once we finish analyzing the report, then they can make a decision prior to July 1,” which is the tag deadline.

Despite the grim circumstances for harvesters this year, MLA Isaac Shooyook — who, at 75, is the oldest elected MLA in Nunavut’s 15-year history as a territory — gave members an optimistic perspective on the situation.