Dead sailor may have been sickened by a zinc deficiency 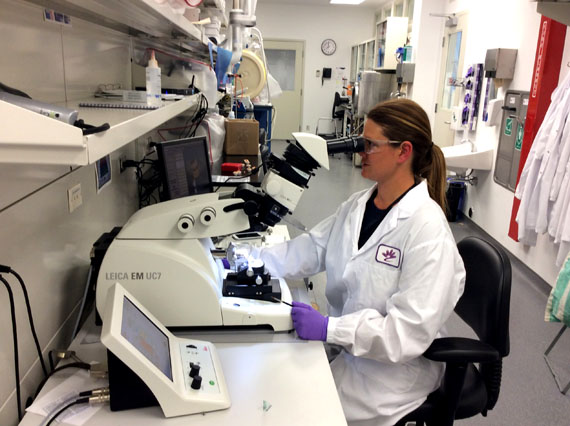 Jennie Christensen, the lead researcher in a study published in the Journal of Archaeological Sciences that suggests Franklin crew member John Hartnell may have died of a zinc deficiency. (PHOTO COURTESY OF JENNIE CHRISTENSEN) 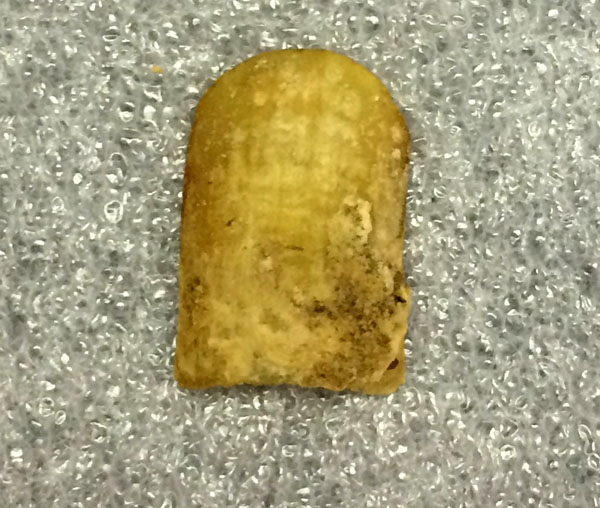 A newly published study is complicating one of most commonly held assumptions on the fate of Sir John Franklin and his doomed expedition for the Northwest Passage: that he and his crew slowly met their demise, in part, through lead poisoning.

Jennie Christensen, an environmental toxicologist who led a study submitted to the Journal of Archaeological Sciences, says John Hartnell, one of the three Franklin crewman buried on Beechey Island—a major source for the lead poisoning theory—actually had lead levels within a “healthy, normal range,” contrary to earlier findings reported in the 1980s.

Christensen and her team based their conclusions on modern microscopic laser and X-ray scans of finger and toenail samples collected from Hartnell’s remains and interred at the Canadian Museum of History in Gatineau, Que., after receiving permission from Nunavut’s Inuit Heritage Trust.

The real culprit for Hartnell’s demise: zinc deficiently from malnourishment, a condition that suppresses the immune system and increased the risk of contracting disease—such as the tuberculosis that ultimately killed him—says Christensen.

“There was no evidence of increasing concentration [of lead in his nail], Christensen told Nunatsiaq News from Victoria, B.C.

“We were expecting to see lead increasing over time during the expedition as a result of leaded pipes on the ship, or consuming tin foods, but he actually had fairly healthy levels of lead in his nail.”

The findings are not a smoking gun that could explain the fate of the entire crew, Christensen said, adding “this just happens to be John Hartnell’s story.”

But the underlying health problems that contributed to his death might have been a factor for other crew members as the expedition continued, she said.

Along with a compromised immune system, zinc deficiency can lead to lethargy, irritability, exhaustion, depression and irrationality.

That’s important because Hartnell died in 1846, relatively early into the expedition which carried on for at least two more years, based on the last written note found from Franklin’s crew, dated 1848.

The recent discoveries of the HMS Erebus and HMS Terror, both in locations contrary to where archaeologists expected to find them, suggest that the expedition may have continued even beyond that year.

“If John Hartnell was malnourished and zinc deficient, its likely that there were others as well that at least were at his level within the crew.”

Hartnell, a 26-year-old seaman aboard the HMS Erebus, along with crew members John Torrington and William Braine, died during the winter of 1845-46, at the expedition’s first winter camp at Beechey Island in the remote High Arctic.

All three men died of tuberculosis, which Christensen says is evidence of compromised immune systems brought on by zinc deficiency and the presence of the TB virus on both Franklin ships.

The near-perfectly preserved remains buried on Beechey were exhumed to much fanfare in 1984 by Dr. Owen Beattie, who at the time reported extremely high levels of lead in the hair and nail samples collected from the bodies.

In his bestselling book Frozen in Time: The Fate of the Franklin Expedition, Beattie concluded that Hartnell, Torrington and Braine exhibited signs of lead poisoning possibly set off by the lead-sealed food tins used in the expedition, as well as lead circulation piping found in both the HMS Terror and HMS Erebus.

The idea that Franklin and his crew slowly succumbed to debilitating illness and dementia, brought on by lead exposure, dominated modern theories on the fate of the expedition following Beattie’s findings.

So why did Hartnell’s remains test so high for lead originally? Christensen said the answer is two-fold.

First, Hartnell’s nails were covered in a dirt that contained lead, possibly from coal, which ingrained itself to the surface of the nail over time.

“What we noticed [from initial testing] was the lead was way off the charts,” Christensen said.

“Such high levels that it would be humanly impossible for someone to be alive with those levels.”

Christensen’s laser method isolated the regions of Hartnell’s nails that weren’t contaminated by the dirt and produced a more accurate reading.

Hartnell’s bones did contain high levels of lead, however, but Christensen explained that’s to be expected from people living during the later period of the Industrial Revolution.

“A lot of these men had high lead levels for their whole lives,” she said.

Christensen said lead from Hartnell’s bones leached out into other tissues as his body began breaking down from TB, most likely in his final days as he lay on his deathbed.

“It released some of that lead back into his system and that got incorporated into his muscles and his nail tissues, which is what we found.”

Christensen said it’s hard to apply Hartnell’s conditions to the rest of the Franklin crew but she believes he was not a unique case with the expedition.

“If you’re coming on to the expedition with relatively poorer health then others, then you may be the ones to perish first,” she said.

According to the last known roll call of Franklin’s crew of 129, in a note discovered on King William Island, nine officers and 15 crewmen had died as of April 1848.

Christensen hopes that future explorations of the HMS Terror and Erebus wrecks will help solve the 171-year-old mystery.

“I think what the most disappointing thing is the lack of written record. That would fill in a lot of gaps and that would solve the mystery,” she said.

Parks Canada divers are expected to continue searching both ships for answers in the summer of 2017.