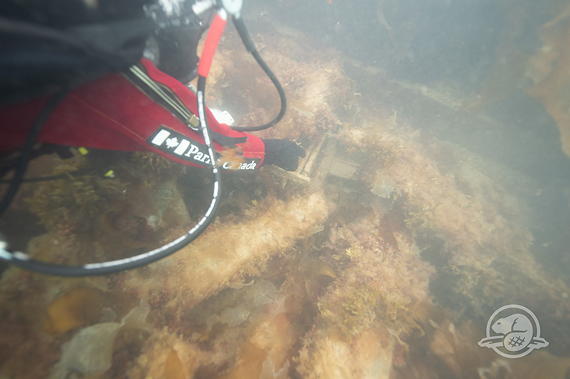 A diver from the Parks Canada’s underwater archeology team surveys the wreck of HMS Erebus. (PHOTO COURTESY OF PARKS CANADA) 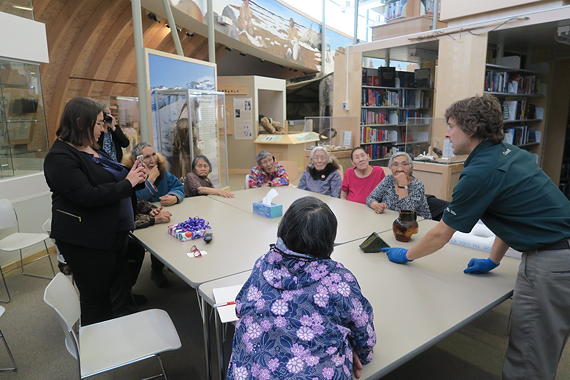 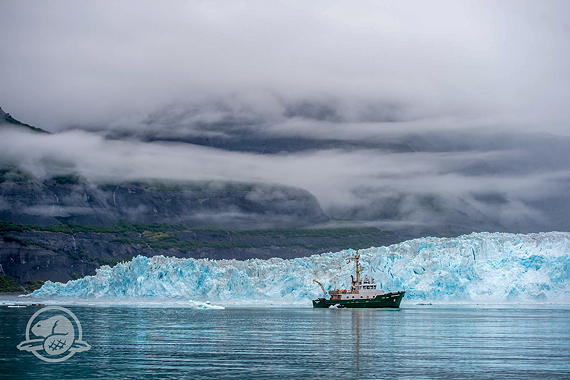 Heavy ice this summer kept the RV David Thompson from travelling quickly to the wreck of the HMS Erebus. (PHOTO COURTESY OF PARKS CANADA)

Nunavut Inuit now own some artifacts discovered aboard one of the ill-fated Franklin expedition’s vessels.

Among the finds: a water pitcher from an officer’s cabin on the lower deck of the HMS Erebus, along with pieces of rigging from the wreck’s upper deck.

These are the first Franklin artifacts to be jointly owned by Inuit and the Canadian government, after the British government announced in April it would gift both groups with future finds from the two wrecks.

That’s why residents of Gjoa Haven and Cambridge Bay were the first people in Canada to view the artifacts, along with members of a joint management group for the national historic sites called the Franklin Interim Advisory Committee.

“I can’t underscore enough—having just returned from Gjoa Haven myself and having seen the artifacts presented to the community for the first time—how important that aspect of the story now becomes,” Jarred Picher, director of Parks Canada’s archeology and history branch said of the new joint ownership.

The Erebus wreck from the 1845 Sir John A. Franklin expedition was found in 2014, followed by the wreck of the HMS Terror in 2016.

While there are nine new artifacts from this dive season, 65 earlier artifacts that belong to the British government are currently travelling North America as part of a museum exhibit.

The archeological dive team had hoped this year to search the cabin of Franklin himself for documents and ships logs, but a heavy ice season delayed the Parks Canada research vessel David Thompson from sailing into the Central Arctic by three full weeks, senior underwater archeologist Ryan Harris said.

Because ice blocked eastern Arctic exits from the Erebus site, the vessel also had to leave the wreck site a week and a half earlier than planned, to avoid getting stuck.

“That was a fairly profound impact—we were only able to conduct a day and a half of scientific diving on the site,” Harris said, adding that this year was the heaviest ice year he has seen since the search for Franklin wrecks got underway in 2008.

“We only had the opportunity to recover a smaller sample of artifacts,” he said. “Next year we’re eager to get up to full speed.”

This summer’s mission did see two barge moorings placed near the Erebus wreck, that divers can use as a support platform. And sonar survey work was done to better map a narrow marine corridor used to travel from Gjoa Haven to the Erebus site.

The program to hire Inuit Guardians to help monitor the Franklin wrecks also launched this year.

Next year Parks Canada is looking to measure tidal currents at the Terror wreck site. So far researchers have seen there are regular currents around the site that make the water cloudy around the wreck.

Since the Terror wreck is “fairly pristine” and the inner decks are mostly closed in, Harris said researchers are prioritizing the Erebus wreck when it comes to artifact recovery, because that wreck is changed each year by ocean swells during the ice-covered season.

Last winter a part of the upper decks shifted, exposing lower sections of the sunken vessel.

So far, Parks Canada has been cautious about sending divers too far inside of the wreck, for fear that it could collapse. The lower areas of the ship are much more stable, Harris said. That’s one reason divers recovered deck rigging artifacts.

“Some of these were in positions where we feared that they might fall into the lower parts of the ship with storm swell,” he said.

It’s too early to know if these new Franklin pieces will help Canada learn more about the story of the wrecks. But over the coming months, specialist will do DNA testing on the artifacts to see what the pieces have to say.

“Once the sampling and analysis are done we will move to the conservation stage, to allow them to be stable in a museum environment,” said underwater archeologist Charles Dagneau.

This could take a few months, or even a few years.

The 2018 Erebus search had the support of a Coast Guard icebreaker, the CCGS Sir Wilfred Laurier, a tugboat, and the B.C. research vessel FV Frosti, along with modern technology through GPS and satellite information from the Canadian Ice Services.

Still, the team was at the mercy of the weather, much as the Royal Navy sailors of the Franklin expedition were.

“You can’t quite imagine yourself in their shoes,” Harris said.