For Greenland, east Nunavut, a warmer, wetter climate’s on the way 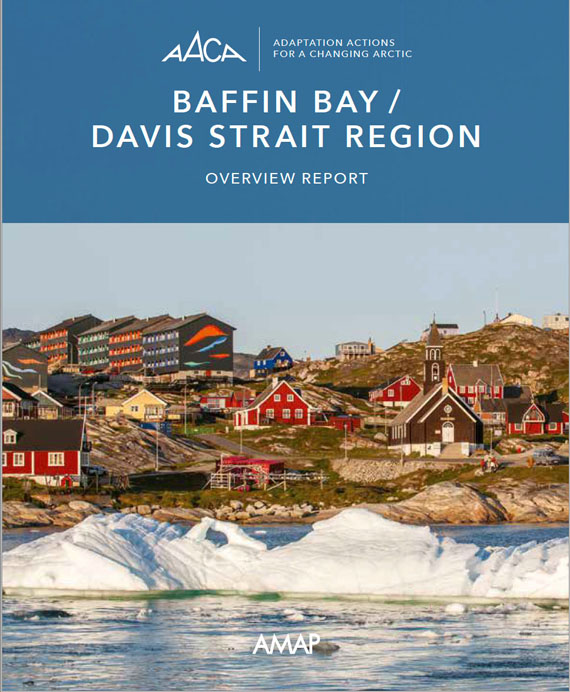 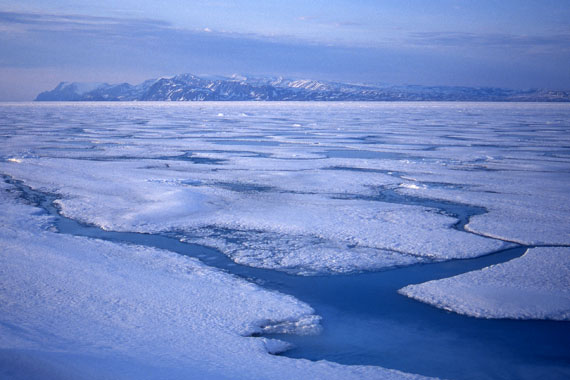 Sea ice near Pond Inlet in 2013. A climate change impact assessment for Baffin Bay and Davis Strait, one of a series of reports issued April 25 by the Arctic Monitoring and Assessment Program, predicts the region will see a warmer, wetter climate by the middle of this century. (PHOTO BY PETER PROKOSCH, ARCTIC COUNCIL)

People who live on each side of Davis Strait and Baffin Bay will see major changes in their climate by the middle of this century and beyond, including more rain, less snow and higher winds, says a report issued April 25 by scientists working for AMAP, the Arctic Monitoring and Assessment Program.

“In the future, more change is coming. Results from the Baffin Bay/Davis Strait (BBDS) regional report shows that people of the region will face increased air and sea temperatures, heavier precipitation and greater wind speeds,” says an AMAP summary report on Baffin Bay and Davis Strait.

“In addition, diminished ice sheets, reduced snow depth and thawing permafrost are expected. These changes offer new risks, challenges and opportunities to both humans and ecosystems.”

A program of the eight-nation Arctic Council, AMAP is sponsoring a conference this week in Reston, Virginia, near Washington, D.C., to present its most recent findings ahead of the Arctic Council ministerial meeting set for Fairbanks, Alaska this May.

In another report, titled Snow, Water, Ice and Permafrost in the Arctic, or “SWIPA,” AMAP says the Arctic’s climate “is shifting to a new state.”

“We will continue to see large changes in the Arctic,” James Overland of the U.S. National Oceanic and Atmospheric Administration said April 25 at a webstreamed press conference.

For the Baffin Bay and Davis Strait region, that means a mix of negative and positive impacts, AMAP said.

“The transformative changes underway in the Arctic will continue and in some cases accelerate until at least mid-century regardless of efforts to reduce emissions.”

• a one to two-month increase in the thawing season by the end of the century;

• snowfall that arrives later in the season, with the number of days of snow cover reduced by 40 to 60 days by the end of the century;

• maximum snow depths on the Canadian side of Baffin Bay and Davis Strait that have decreased by 20 per cent since 1950;

• because of the earth’s crust rebounding following the removal of the weight of glaciers sea levels in the region will continue to fall, though they’ll rise globally;

• ice sheets continuing to lose mass, with a doubling or tripling of the rate of melt run-off.

The impacts of all this change on economic activity, social well-being and public health are likely to be mixed, AMAP said.

One positive impact is that less sea ice will extend the shipping season, making annual sealift resupply easier to accomplish.

That could also mean more marine tourism, but that could bring increases risks, as the cruise ship industry sails more vessels into uncharted waters.

And a warmer Arctic will bring mixed impacts to the non-renewable resource extraction projects.

In some cases, shorter ice road seasons will hurt mines and other projects, and in other cases, a longer marine transport season will help them bring in supplies or ship ore to markets.

At the same time, melting permafrost could damage infrastructure at mines and other industrial facilities.

But warming temperatures and decreasing ice cover will not, by themselves, lead to increased mining and oil and gas activity.

That’s because global commodity prices will continue to wield the greatest influence in deciding whether resource development will occur.

Because of that, there is little to no chance of any oil and gas development happening in Baffin Bay and Davis Strait right now.

“Regarding oil and gas development, current low prices and high infrastructure costs make development in the near future unlikely, although it remains a long-term goal for Greenland,” AMAP said.

As for potential impacts on health, some diseases that are not currently a problem in the Arctic, such as tetanus, may get carried into the region.

And in some communities, the declining quality of surface water may cause problems with drinking water in some places.

For example, changes to precipitation patterns and the timing of snow melt could affect the Lake Geraldine water reservoir in Iqaluit, which they describe as “highly stressed.”

The impact of climate change on living creatures, whether on land or sea, is likely to be a mixture of the positive and the negative.

Some marine mammals might actually become more abundant, but other forms of country food might become less abundant or more difficult to harvest.

And overall, the impact of climate change on Arctic species has been negative, the report said.

But scientists still don’t know enough about the potential impact on fish stocks.

“Given the complexity of the environment, it is not possible to predict the development of fisheries over longer time periods for both endemic and emerging species,” the report said.

See Nunatsiaqonline.ca tomorrow for a story on the latest Snow, Water, Ice and Permafrost in the Arctic report.