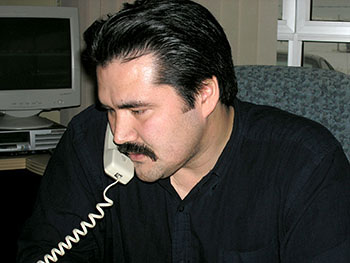 Larry Watt has been named acting executive director of Nunavik’s regional board of health and social services. (FILE PHOTO)

The Nunavik Regional Board of Health and Social Services has a new acting executive director: Larry Watt.

Watt will fill in for the current executive director Jeannie May, who plans to begin her maternity leave starting next month.

Watt was nominated for the position at the health board’s recent annual general meeting, where it was announced he would also continue to manage the board’s out-of-region services during May’s absence.

During that general meeting, held in Kuujjuaq Oct. 4 to 6, health representatives from across Nunavik also established two key priorities for the health board to focus on over the year to come: launching an awareness campaign on the dangers of drug and alcohol abuse and looking for more money for healing programs to help Nunavimmiut deal with past traumas.

The Aboriginal Healing Foundation did fund several healing programs across Nunavik over the past decade, but the foundation has now run out of money and its mandate expires in 2012.

“Respect for the Inuit values and practices is a key element in the development and delivery of the health care and social services in Nunavik,” said Alasie Arngak, chairperson of the health board’s board of directors in an Oct. 13 news release.