Lauren McKiel, 80, had been accused of sex-related crimes against a child in the 1960s 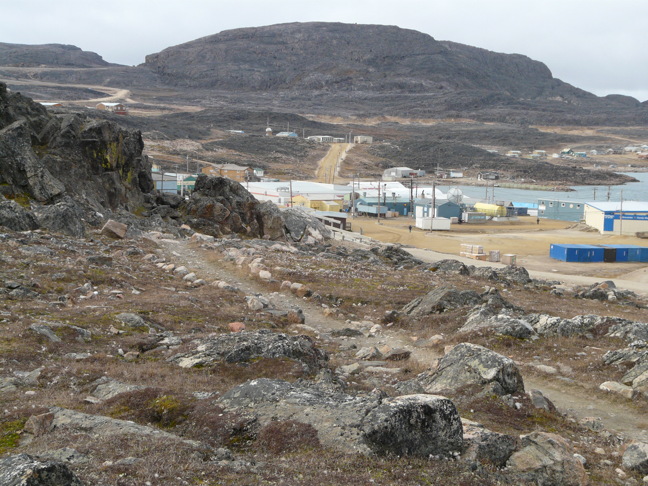 Lauren McKiel, a former RCMP member in Cape Dorset, above, is now a free man after the Crown dropped three charges against him May 30 which alleged sexual misconduct with an 11-year-old when he was stationed in Cape Dorset in the 1960s. (WIKIMEDIA COMMONS PHOTO)

OTTAWA—In a surprising turn of events, the Crown has withdrawn three sex-related charges against former RCMP superintendent Lauren McKiel who served in Cape Dorset in the 1960s.

The withdrawal of charges on May 30, which came after a day of emotional witness testimony May 29 at the courthouse in Ottawa, took just a few minutes and court was thereafter adjourned.

Lauren McKiel, 80, appeared in court on May 29 to plead not guilty to charges of sexual assault, indecent assault and intercourse with a minor under 14 for a series of incidents alleged to have taken place in the 1960s and all with the same victim, whose identity is protected by a publication ban.

The trial had been delayed for two years due to the former RCMP officer’s declining health and the need to move the case from Iqaluit to a location closer to urban hospitals, court heart May 29.

Neither the Crown lawyer, nor McKiel’s defence lawyer, were immediately available May 30 to explain why the charges were abruptly withdrawn.

Although the repeated sexual misconduct was supposed to have taken place roughly between 1967 and 1969, the complainant only reported the incidents to Iqaluit RCMP in 2005, court heard May 29.

“I am a Christian,” the complainant told the court. “I believe in forgiveness.”

Her testimony was translated from Inuktitut through an interpreter.

At the time of the alleged assaults, she said she was 11 years old and, “innocent about sex.”

She testified she was afraid of white men and did not speak English at the time. She told the court he would bring her to a mountain on his snowmobile where he would rape her in different ways.

“I didn’t understand because I was very young but it had an effect on me,” the complainant said.

She said when she went home after the first attack, she found blood—even though she had not yet begun to menstruate.

She testified she went to bed right away that night, even though it was only 8 p.m. because she was afraid and embarrassed.

On the witness stand, the complainant burst into tears when asked why it had taken her so long to report the sexual misconduct. The court recessed to allow her time to regain her composure.

In cross-examination, McKiel’s defence lawyer, Patrick Fagan, questioned the victim’s credibility by asking why she gave four separate, differing, statements between 2012 and 2015―some of which included another boy who allegedly also molested her as a child.

She said the other male did not hurt her in the same ways that McKiel did, giving specific details, and that the other situation was not real “sexual assault” so she would not press for charges against him.

“It was like how kids play,” the complainant said.

He did not sexually abuse me, the complainant testified—referring to the other man

“Mr. McKiel did,” she said, pointing at the retired RCMP officer in the court room.

McKiel was transferred to Cape Dorset in 1967 where he lived with his wife and three sons for two years.

The complainant testified that after confiding in her sister about what happened, she decided to reconcile with her past in 2006.

So she searched for McKiel, through one of his sons, and asked what years they were stationed in Cape Dorset in an effort to piece together her memories more clearly.

She said she thought of recording the phone call but in the end, did not.

“I just wanted the truth,” she said.

According to her testimony, during that phone call, McKiel started suggesting the other man was raping and abusing her.

“Did [redacted] do stuff to you that time?” she quoted McKiel as saying.

“I think he was getting stressed because he mentioned he had high blood pressure, since I was asking too many questions,” the complainant told the court.

Fagan asked the complainant about a drawing she submitted in one of her police reports.

“Why didn’t you draw the second door in the room?” Fagan asked, referring to the room where she said McKiel often brought her for the assaults.

“Was there not a door in that room that connected the RCMP office to the home of [McKiel’s former RCMP partner]?” Fagan asked.

The complainant said she forgot about the door. “No one can remember everything,” she said.

Near the end of cross-examination, Fagan asked if the victim remembered sending emails to McKiel. She said she did not.

Fagan then presented her with a printed email and asked her to read an excerpt aloud. Fagan said she had send it to McKiel 11 years ago with an attached file.

After reading the email, she said she remembered it.

The complainant confirmed that the email had a pornographic image attached.

According to another email read aloud in court, McKiel replied a few hours later suggesting again to her that a different male had abused her.

He also wrote, in that 2006 email, that because of her current job, she should not be sending sexual photos and that if she didn’t stop contacting him, he would call police.

“I never would have sent this to someone who had not done what he has done to me,” the complainant said. “And I was hoping it would open him up.”