“The oral tradition, which is part of humanity, is being lost along the way” 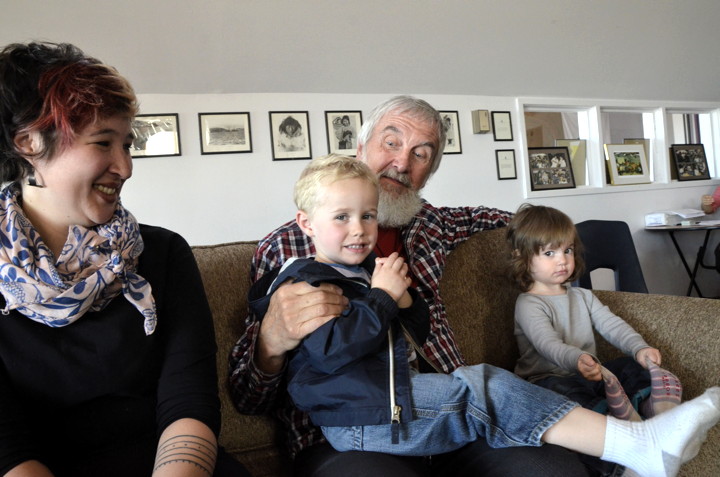 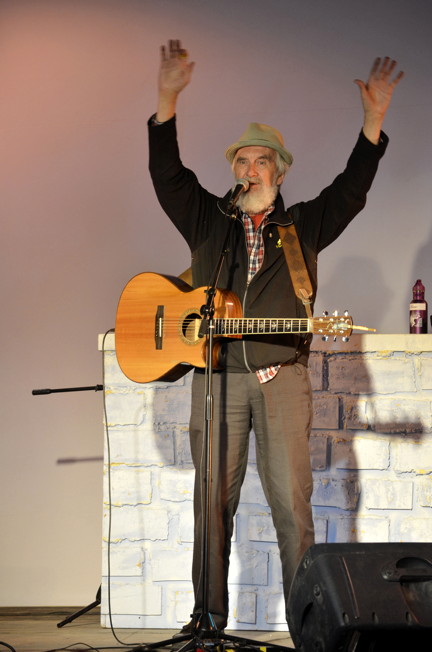 You’d be hard pressed to find a Canadian kid brought up in the 1980s and 1990s who doesn’t know the song “The Cat Came Back the Very Next Day.”

Fred Penner, the man behind the song that launched the award-winning NFB animated hit and other equally memorable kids songs such as “Sandwiches,”(“Sandwiches are beautiful, sandwiches are fine. I like sandwiches, I eat them all the time.”) thrilled children and young-at-heart adults this past weekend at Iqaluit’s Alianait festival.

Penner no longer stars in the wildly popular CBC kids show, Fred Penner’s Place, but the man hasn’t changed much since the series ended its 12-year run in 1997.

The 67-year-old is still calm, energetic at the right times, and still has that trademark beard — although now it’s gray now.

“The essence of the work, and the value of the work doesn’t change. The vernacular will change, the songs will change but you still try to connect to the same part of the human spirit.”

Penner’s still got it. At a storytelling workshop at the elders’ qammaq June 29, kids run amok while parents clap along and wear polite smiles.

Kids who run around and climb on comfy couches suddenly stop in their tracks.

One child leans casually on a coffee table with one arm and turns to Penner. Although a pacifier is firmly plugged into the toddler’s mouth, the smile is impossible to miss when Penner reveals the ugly duckling is actually a beautiful swan.

“The stuff that I watch once in a while, it seems to be contrived in the idea that kids have no attention spans so you have to hit them with this colour and blast,” Penner said.

“I don’t really know how many people buy into the high energy, you know, the bang-bang zoom-zoom,” he said.

“And it really boggles me that the producers of children’s television shows often don’t see that.”

Technology and social media are also “inundating our society” Penner admits. And being glued to a glowing screen just doesn’t jive with the spirit, he said.

“The value of sitting there, in front of your children, telling them a story, seeing what they did at school today […] the oral tradition, which is part of humanity, is being lost along the way.”

Along with being emotionally connected with your child, Laakkuluk Williamson-Bathory, who hosted the workshop with Penner, said vital life and language skills are passed on during story time.

“One of the other essential things about children spending time one-on-one inside the home is that, that’s how you learn your mother or father tongue,” Williamson-Bathory said.

Penner’s message about the importance of telling stories is nothing new to Nunavummiut: Inuit pass down knowledge through stories and folklore, stories that can be well over 150 years old, Williamson-Bathory said.

So far, Penner’s messages have permeated Canadian culture for nearly three decades and he still feels the love whenever he’s in Nunavut.

“CBC was the national broadcaster, a lot of the northern and remote communities only got CBC. So I was able to connect on that level,” Penner said.

People still yell out his name whenever he goes to places such as Rankin Inlet, he said.

Aaron Pettigrew, a member of Alianait performers Wintermitts, spotted him coming down an escalator at Ottawa’s airport.

“We were childhood star-struck,” Pettigrew said outside Alianait’s iconic blue and yellow tent as his daughter, nearly two, ran about with mom in the parking lot.

“She’s pretty young, I don’t know how much she’ll remember. But it’s pretty memorable for us,” Pettigrew said.