From tent birth to Inuk nurse: Growing up in, and out of, Nunavik, part two

“I remember at school, and out in public, white people sneering at breastfeeding, making it seem dirty” 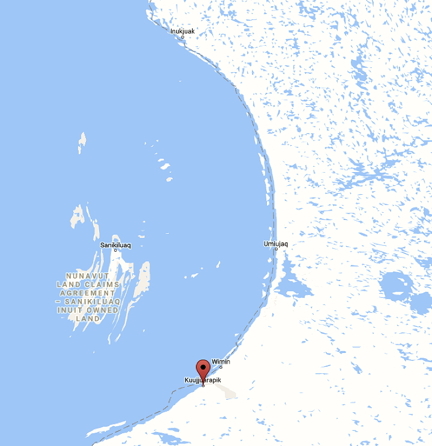 Minnie Akparook grew up in Great Whale River which later became the communities of Kuujjuaraapik and Whapmagoostui. (GOOGLE MAPS) 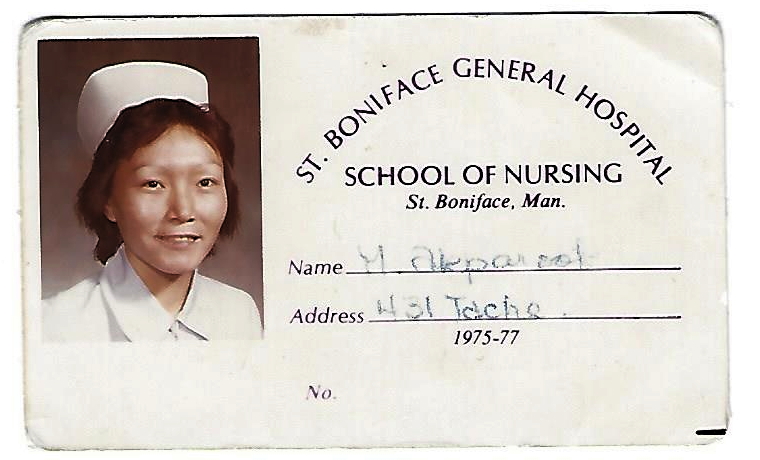 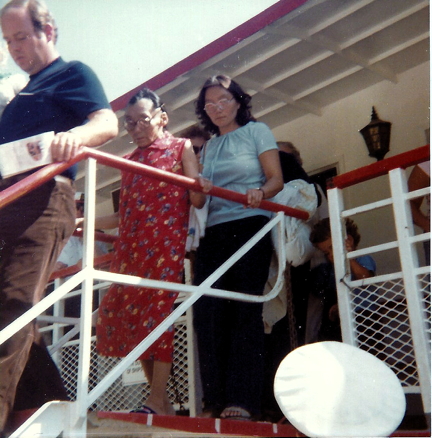 Minnie Akparook, born near Great Whale River, went to school in Churchill, Man., finished nursing school and became one of the first Inuk nurses to practice in Nunavik in the 1990s. She eventually specialized in diabetes treatment and prevention which she considers one of the region’s most important public health challenges.

In a five-part series, Akparook recounts her experiences, good and bad, growing up during the social upheaval in the North of the 1960s and 1970s and what she learned about Inuit mental and physical health. Today we publish part two of the series.

The first day at the Federal Day School in Great Whale River, in 1958, was chaos.

We were just roaming around, running. I don’t remember the teacher saying anything at all. At one point I ran under a table and Mary Angatookalook was sitting there with somebody with legs dangling. One of her legs was swinging back as I was running under the table. Bang! Right in my left eye. And so I had a black eye on the first day of school.

We had two teachers. One was named Miss Smith and the other one was Miss MacKenzie. The first thing they would say at the start of every morning was “first of all.” One word I had learned by that time was “ball” so when they said “first of all” I thought they were saying “first a ball” and I always drew a ball at the top of my paper.

Day after day they were writing these numbers out, though I didn’t know what numbers were. One day, I caught on they were adding and subtracting! I did all the additions and subtractions. The teachers were so excited. I got one wrong out of 10, I think. There was talk to move me to Grade 2! But I don’t remember doing that. I stayed in that class.

My mother’s name was Maggie Akparook, born Menarick, and my father’s name was Josepialuk Akparook. Nobody wanted me to know he was called Josepialuk because it is a derogatory name meaning Big Joseph, with a mean connotation.

My mother is the younger sister of Elijah Menarick of CBC fame. He was our hero. I think my father’s family is from Sanikiluaq. I’ve also only recently realized that my mother’s mother, Sarah, was from Inukjuak. I learned it when my Aunt Meria died at the Inuulitsivik Hospital and I saw her birth certificate, naming my grandmother.

After being coerced to move permanently to Great Whale River, I remember at school, and out in public, white people sneering at breastfeeding, making it seem dirty and later realized the ulterior motive was to sell dehydrated milk for profit.

I remember him at the dump where some of the dogs would go to eat. I remember seeing him shooting the dogs and the yelp the dogs made as he shot them. My father had moved from his homeland and forced to lose his dogs. He was unnerved by my cousin killing them. I remember him and my mother fighting about it.

He mostly stayed home after that… bitter, broke, no power. My opinion of those dog killings was to sell skidoos. They made their appearance soon after the dog killings.

In 1963, the federal government started sending us off to residential school from all over Nunavik. They built Churchill Vocational School for Inuit children. They repurposed the old military quarters in Fort Churchill, Man., into dorms and classrooms. It was run like a military institution—rigid rules, curfews, every minute planned. I remember one dorm mother came from a penitentiary. She treated the students like inmates.

On arrival to Fort Churchill, we had to shower right away and have a Kwellada shampoo to kill nits and staff used a fine tooth comb to comb out our hair whether we had nits or not.

I didn’t go until 1965, when I was 13, after Jo Lutley had begged my mother to let me go. My mother did not want to let me go because I did the housework at home. When I did go, I found myself in Grade 7 at Hearne Hall, Fort Churchill, a regular junior high school, without ever doing Grade 6. I had no say, I was just placed there.

Anyway, I passed. I was horribly homesick and crying in class. Mrs. Cook, the math teacher, had to take me out of class to try to settle me down. She gave me a dollar. In the first two years we stayed in Fort Churchill from September to the following June. We did not get to go home for Christmas or Easter.

At the airport in Churchill, after the end of the second year, the Churchill Vocational School principal, Mr. Reese, was pressuring me to switch to the vocational school saying I would never pass regular high school. I refused. I kept going to regular junior high school. In my third, and last year, I was going to Duke of Edinburgh high school.

School was a lovely chance to meet many Inuit from diverse backgrounds. There were Inuit students from all over Arctic Quebec and all over the Northwest Territories. There were many Inuktitut dialects spoken. Nowadays, there is some sort of conglomeration of the dialects.

New ways of expressing some things have changed in Great Whale River. For example, we never really had an expression to say the weekend and we noticed that the students from Northwest Territories said bina-sua-ru-siu nuvoo-ani (literally meaning “disappearance of the week”) and I notice that we use that sometimes now.

In about 1972, I started nursing school in the St. Boniface Nursing School, run by the Grey Nuns in Winnipeg. I had passed through Montreal on my way to places but had never lived in a city before. It was so glittery and full of smooth-talking people.

It was a burst of freedom too. We were living with families, and there was alcohol. By the time I was in the nursing school, l I had lived in Winnipeg for a couple of years going to high school and by that time, starting to realize that alcohol was not all fun and games.

Years ago, I had been present when alcohol first appeared in Great Whale River. The first exposure to anyone drunk was when we were living in a tent. My dad had purchased a gas fuelled lamp. It was dark and the lamp was on. My mother and father suddenly started moving around like they were fearful and blew off the lamp.

We were standing near the center tent pole and my father was signalling me to be quiet. I was about four or five, but I stood perfectly still. A minute later I could hear someone coming closer while singing really out of tune and really loud.

After he passed far enough away, we relaxed. My father said he was a drunk, white man coming home to the ship that was moored near the Great Whale River. I didn’t know what a white man looked like, having never seen one before. I concluded then that white men were crazy and scary.

The next exposure to anyone being drunk was when I was about five. My mother and I were visiting the Adlikaks and in walked Lazarusie Epoo and Silas Cookie. They had been drinking at the Air Force Base Bar. They were soooo happy! They came in and shook everybody’s hand, smiling and laughing the whole time. I decided then that alcohol was a good thing. It makes you really happy.

Can you see in your mind’s eye a piece of paper slowly burning, turning brown before it turns into a full flame? That’s the relationship between alcohol and Inuit. The relationship can take over this paper.

I did not finish nursing school in the 1970s but I did finish the first year. During this period, I took a first-year course on psychology put on by the University of Manitoba.

One of the activities we did was a personality quiz. It was one of those to solidify your personal beliefs so you are straight about the quality of thoughts you hold. At the finish we had to hand in our answers. Then the professor announced how we did.

I had to quit that course with six months to go to the finish because I had no support, because I was drinking, because I was the only native person there and stuck out so much like a sore thumb.

Return to Nunatsiaqonline.ca tomorrow for part three in the series and a continuation of this Nunavik memoir from Minnie Akparook. See part one here