From tent birth to Inuk nurse: A five-part memoir of growing up in Nunavik and beyond

“I had three sisters, all older than me, and three brothers all younger. They all died” 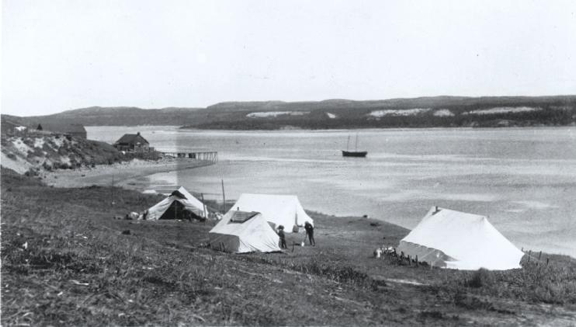 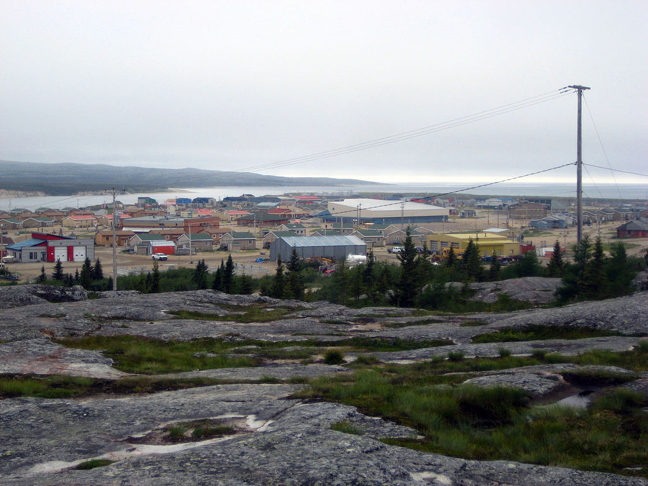 Minnie Akparook, born near Great Whale River, went to school in Churchill, finished nursing school and became one of the first Inuk nurses to practice in Nunavik in the 1990s. She eventually specialized in diabetes treatment and prevention which she considers one of the region’s most important public health challenges.

In a five-part series, which begins today, Akparook recounts her experiences, good and bad, of growing up during the social upheaval of the 1960s and 1970s in the North and what she learned about Inuit mental and physical health. Today we publish part one.

When I write this, I consider that I am representing nursing in general and representing Inuit as a people. When I look back, there are many highlights and also many low lights.

This is in the darkness of winter so my birth was inside an igloo. At those times, the woman was not alone giving birth. Most of the women in the village were there with her. The men stayed away at a distance.

I saw maybe one of the last home births in Great Whale River (as Kuujjuaraapik and Whapmagoostui used to be collectively known. All the women were gathered around her, giving support.

This was a summer birth and so it was inside a tent. They had her lying near the centre tent pole. Near birth they told us children to leave the tent. She would raise her arms to use the tent pole to help her push. I saw that but I didn’t realize what was happening.

I was born in the South near Great Whale River in a place later to be named after my father—Josepie’s River. I had three sisters, all older than me, and three brothers all younger. They all died. I asked my mother how they died and she described them arching backwards so I suspect meningitis. No antibiotics. No nursing stations in those days.

She had also said one of my brothers had died in a kayaking accident by drowning. My parents were caught up in the federal government’s centralizing of the Inuit nomads with the promise of family allowance. I remember the moment like a dream, moving into the new town of Great Whale River by canoe.

It was a bright sunshiny day. I was wearing a Cree-style bonnet. My parents told me of the night before moving permanently to Great Whale River. They were leaving their home. It was memorable and eventful. A mother polar bear came ashore from the Hudson Bay with her cub. It was already dark. They knew the mother was dangerous being protective of her cub so my father shot out into the night. I suppose they didn’t even have any matches so he could not see or verify if he had killed the bear. They huddled in fear all night. He had no more bullets.

In the morning they found the mother bear dead at the shore. The cub was nursing from the dead mother. They killed the cub because they did not want to leave it fending for itself. Meantime, they had to prepare for the re-location. The mother bear was too large to take on the canoe so they only took the cub.

I grew up in Great Whale River. I remember first living in a handmade tent made by my mother, then my father built a house from materials from the dump.

In Great Whale River, while still living in the tent, I remember my father and mother building a seal skin kayak. One of my memories is when my father let me ride inside the kayak in front of him. He warned me he will never let me come again if I moved around too much.

As I went inside, the seal odour was very strong. As he started paddling, I could feel the water rushing by. It was very cold. I wanted to see what my father was seeing outside and I started bothering him to look outside. He started yelling at me to “stop moving!” I was never asked to go for another ride in the kayak.

The first memory of being in the Hudson’s Bay Co. store must have been around Christmas. I remember seeing beautiful (white-looking) dolls all around the top shelves in the store. I was in deep covet but somehow my mother and father took my attention away from them probably because they couldn’t afford them. I remember my father saying he thought the government was going to give them money to move permanently to Great Whale River and to let me go to school.

I remember all my father’s hunting gear was handmade. His backpack and gun case were sealskin, made by my mother. His rope was sealskin, cut into strips. I watched him cut it into thin strips while the sealskin was wet. As soon as he had cut the whole skin, he would drag it on the ground to stretch it to make the rope longer. Then he would dry it.

The buoy he had to go with his kayak was a whole sealskin. The skin was first treated by getting the fur off with hot water. He would tie the arms in the sealskin rope or my mother would sew the arms water tight with caribou sinew thread. He would plug the bottom with a piece of wood. He tied the bottom flippers with the sealskin rope for towing the animal he was trying to buoy.

When we couldn’t afford warm socks or they weren’t available at the store, he used rabbit skin turned inside out for socks when he went hunting.

In the late 1960s, early 1970s, my father built a cardboard house from materials gathered at the dump. The Royal Canadian Air Force had a base in G.W.R. and they had a dump just north of town. He made a bed with recycled wood. It was very low to the ground to protect me from getting hurt if I should fall off out.

There was no plumbing. We had a can to urinate and defecate in. My father had to dig a large hole in the ground to dump the can. There was no privacy, as the cardboard house was one room.

The Federal Day School in Great Whale River opened in 1958. I was six. I remember being excited to go. They had to check first if I was old enough.

I was with my late cousin Mary Meeko. She was a year younger than me and was having trouble being accepted into the school because she was not yet six. Finally, they said she would be six by September and would be accepted.

People would be gone for years with tuberculosis. People would come back that I didn’t know because I was still very young when they had left with tuberculosis. Years later I saw some pictures of a cousin of mine taken while she was down south for TB. She was really, really fat. I realized years after that it was because it was the first time she had regular meals three times a day.

Return to Nunatsiaqonline.ca tomorrow for part two in this series and a continuation of this Nunavik memoir from Minnie Akparook.