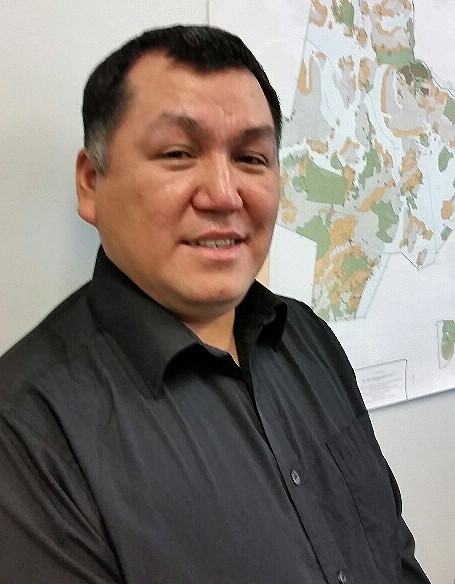 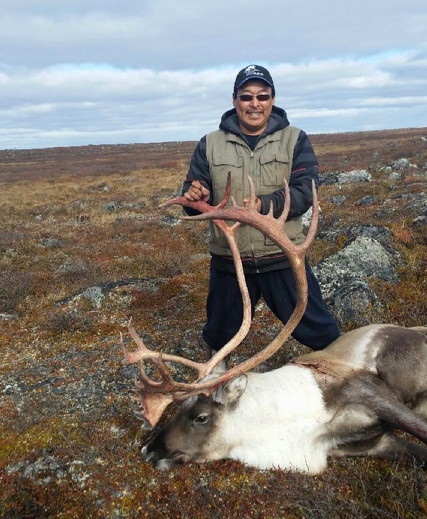 Alex Ishalook, chair of the Arviat Hunters and Trappers Organization, says the elders have always insisted that caribou calving grounds in the central Arctic be protected to preserve the health of the herd. Ishalook hopes a final Nunavut land use plan prohibits industrial development in those areas. (PHOTO COURTESY ARVIAT HTO)

Hunters like Alex Ishalook in Nunavut’s Kivalliq region are keen to ensure caribou calving grounds are protected from any and all development when Nunavut finally gets a territory-wide land use plan.

But they’ll have to wait a while longer to find out whether the Beverly and Qamanirjuaq caribou “hospitals” will be protected and, to what extent, because final hearings on the Nunavut Land Use Plan have been further delayed until 2016.

Andrew Nakashuk, acting chair of the Nunavut Planning Commission since the departure of former chair Hunter Tootoo, said Oct. 5 that the Government of Nunavut, Nunavut Tunngavik Inc. and federal representatives have all asked for more time.

Sharon Ehaloak, the NPC’s executive director, told Nunatsiaq News that the commission wants to ensure all technicalities have been debated and resolved to prevent further delays and surprises at the final hearing.

Thanks to a deal between the federal government and NTI finalized in March 2015, the NPC, and a number of other land claim bodies, got an extra pot of money this year from Ottawa to make up for what they claimed was chronic underfunding.

The planning commission set aside $1.2 million of that money to help pay for the land use plan’s final hearing, but that’s only half the estimated cost. The NPC is still hoping Ottawa will cough up the other half.

In an Oct. 5 letter to Aboriginal Affairs and Northern Development Minister Bernard Valcourt, Nakashuk repeats the commission’s request, “seeking confirmation of the additional funding for the public hearing.”

Ehaloak said she hopes it can be resolved soon because the longer they wait, the greater the risk those costs will rise.

“We’ve had good conversations with the federal department on the commission’s needs and Chairman Andrew and our past chair have engaged with them and we’re waiting to hear the status,” she said.

A draft Nunavut Land Use Plan — a document which sets out which land in Nunavut will be protected and which will be open for development — was finalized in June 2014.

But it cannot become law until public hearings and consultations with Nunavummiut are completed.

The NPC took the Crown to court in August 2014 to force Ottawa to pay for those hearings but then quietly backed down earlier this year in favour of a negotiated resolution.

So far, that hasn’t happened, perhaps because of the election call.

The first round of technical hearings in Iqaluit this past June were well attended and generated great feedback, Ehaloak said

That feedback includes a number of submissions by governmental and non-governmental bodies, wildlife boards, mining companies and land claim organizations, all keen to ensure their needs are met in that long-overdue final document.

They raise a number of issues that seem to divide them along one basic line: those who want as much of Nunavut to be open for business as possible, and those who want to protect certain places for future generations.

Ehaloak says finding a compromise between those two competing interests will be difficult but not impossible.

“It will be a challenge to find a balance but our commissioners are very informed,” she said. “At the end of the day, they hold the pen and they will make the final recommendation on the final content of the plan.”

In anticipation of final hearings, the Kivalliq Wildlife Board hired a Winnipeg-based academic this summer, Warren Bernauer, to gather Inuit Qaujimajatuqangit and to help harvesting organizations prepare persuasive submissions to the NPC.

So far, Arviat, Chesterfield Inlet and Baker Lake hunters and trappers have submitted their responses and the issue that dominates all three is the protection of caribou calving grounds.

“Mining is becoming a major issue up here, especially close to the calving grounds,” said Ishalook, 47, a hunter who got his first rifle at age five and says he regularly provides country food to his family, extended family and elders in Arviat.

“As a hunter, providing food is an important role in our life and industrial mining and exploration is changing things. The Qamanirjuaq and the Beverly herds are the last strongest herds in the world,” he said.

“This calving ground is the hospital where they go to give their labour. It has a special habitat for the cows and it provides good milk for the calves. That is why our elders tell us not to build cabins or even have a camp in that zone or even use the water crossings.”

In an average year, Ishalook harvests between 20 and 25 caribou. He dries the meat, stews it and smokes it; caribou keeps his community alive, he says. There’s no way they could replace that with small, frozen $20 beef steaks from the local grocer.

And already, Ishalook said, the Beverly herd is calving further north according to aerial surveys around Baker Lake. Ishalook knows these things because he sits on the Beverly Qamanirjuaq Caribou Management Board, a multi-stakeholder, provincial-territorial caribou management and conservation body.

One of the issues that concerns hunters and trappers organizations most is the prospect of allowing current mineral license holders to continue development and exploration near calving grounds even if the final land use plan prohibits it.

This “grandfathering” clause, supported by mining companies and business lobby groups, will likely cause heated debate at the final hearings.

“Grandfathering is a big concern. Since day one we’ve been trying to protect those calving grounds. It’s scary,” he said.

“Mining provides jobs for a lot of people but it can only be outside the calving grounds,” he said. “When the caribou are migrating the helicopters and the mining would have to stop for so many weeks or days in order for the caribou to properly cross.”

The NPC is hoping to hold a final hearing on the land use plan in 2016, likely in Iqaluit.

Before then, the NPC will schedule another technical hearing to resolve any outstanding issues and compile further data.

After that, the commission will revise its current draft Nunavut land use plan and circulate a new version publicly before any final hearing takes place. 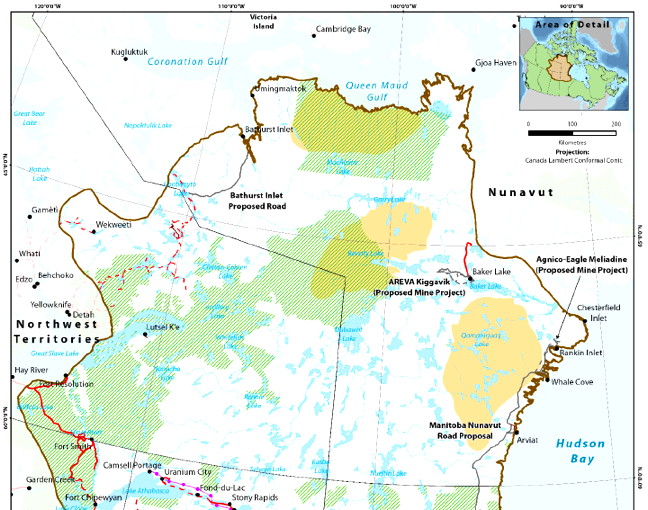 This map, from the Beverly Qamanirjuaq Caribou Management Board website, shows the caribou herds’ range (brown outline) the calving grounds (beige blobs) and the location of various roads and mines nearby. (BQCMB MAP)