Gathering place for Montreal’s homeless Inuit about to close

“Everyone knows if you come to this part of town, you’ll run into people you know” 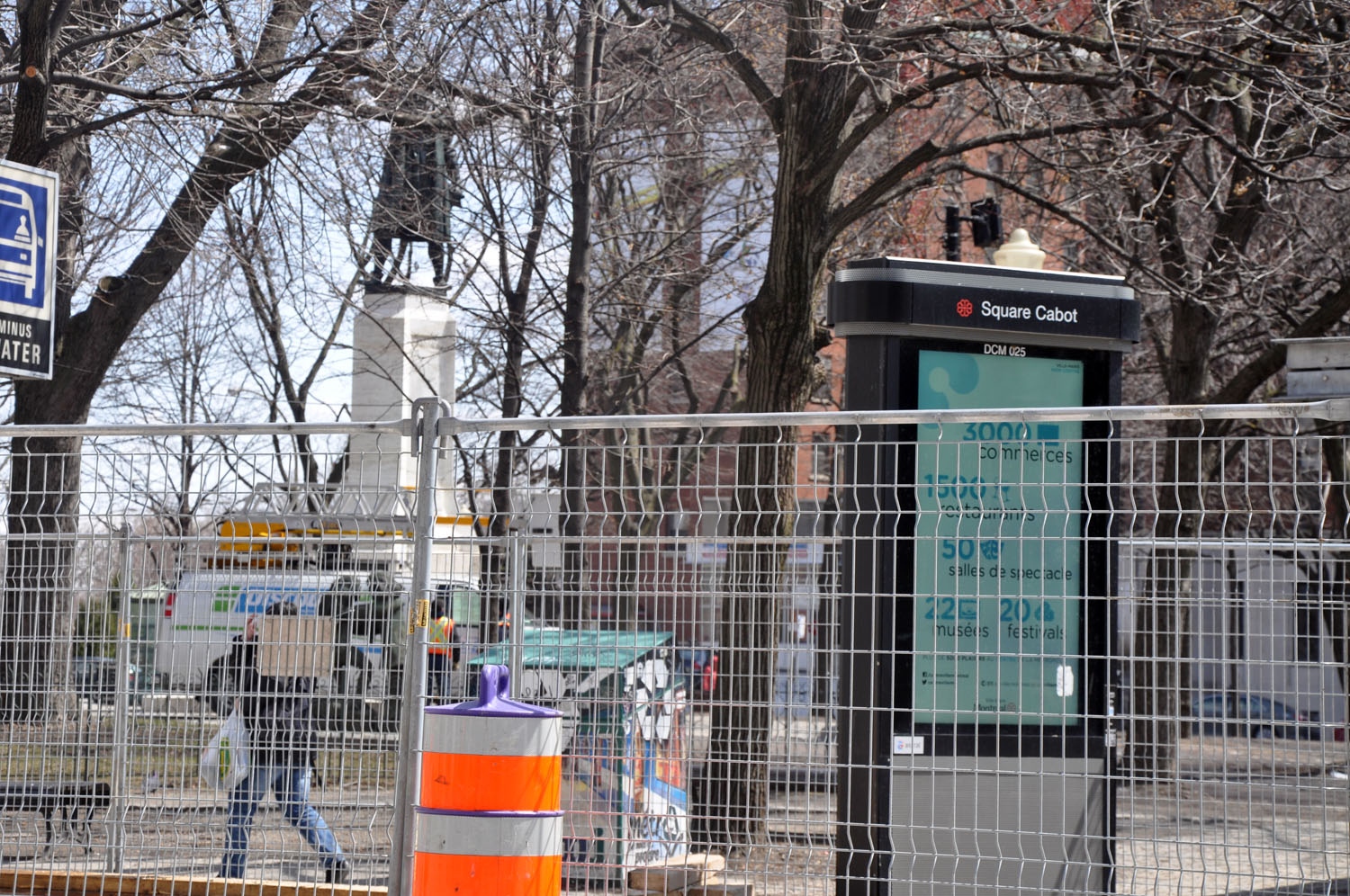 Montreal’s Cabot Square will temporary close next month, displacing many of its itinerant Inuit users. (PHOTO BY SARAH ROGERS) 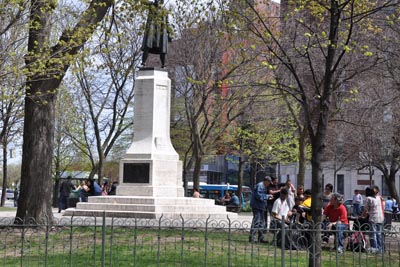 MONTREAL — In the warmer weather, the picnic tables at Cabot Square in Montreal’s Shaughnessy Village neighbourhood are full.

On colder days, some park users move into the warmth of the Atwater metro station’s street-level entry, to chat or ask passersby for spare change.

A survey conducted in the square last summer found that about 29 of the park’s 35 users in any given week identified as Aboriginal.

And it’s no secret that Cabot Square is one of the major gathering areas for homeless Inuit living in Montreal — a group that’s estimated to make up about half of the city’s homeless Aboriginal population.

“Everyone knows if you come to this part of town, you’ll run into people you know,” said Tina Pisuktie, an Inuk outreach worker from the nearby day shelter Chez Doris. “It’s a gathering place.”

The square’s close proximity to the Nunavik patient boarding home at the Tupper Street YMCA makes it even more so; the park is a place some patients go to find a relative.

At other times, the park can be a dangerous conduit to the streets.

But the park’s homeless population has thinned out these days. Metal fencing has gone up along the park’s St.-Catherine St. boundary, as the city prepares to close Cabot Square in mid-May.

The park is one of many in downtown Montreal that will undergo major re-landscaping over the next year and a half.

Now outreach workers who provide support to homeless Inuit and other groups are worried that they will lose contact with park users when they are displaced by the closure.

“We see a lot of mobility and we’re losing track of our clients,” Pisuktie said.

The move to clean up and redesign urban parks such as Cabot Square follows the gentrification of many of Montreal’s downtown neighbourhoods.

And with that comes a growing discontent from the surrounding community about the disturbances caused by some park users.

Over the past two years, Montreal police say they’ve received higher-than-usual complaints from local residents, merchants and people who work in the area.

Police have recently sent in a unit called the Module d’actions par projet, which focuses on a particular investigation or problem area.

The officers with that unit have been issuing more tickets to park users — mostly for disturbing the peace or consuming alcohol — and in some cases, making arrests.

And a common condition of the fine and or charge is to stay away from the square. It’s a practice among urban police known as “red zoning.”

“So we’re seeing Inuit moving east, towards Place-des-Arts [metro station],” Pisuktie said. “They know the routine now when they see the police patrol.”

Montreal police say the relationship between its officers in sector 12, which includes Cabot Square, and the homeless population is not a strained one.

“Our primary goal is not displacement,” said community officer Adalbert Pimental. “[The Inuit] we work with are a population that is often victimized… if anything, all our intervention seeks to solve whatever the issue is.”

“As long as there’s no alcohol or reprehensible behaviour, there’s no problem,” he added. “But the park has to be safe for everyone.”

Inuit may recognize Pimental; he’s patrolled the area for many years and in 2012, he worked with Makivik Corp. to produce a video for Inuit visiting the city.

“For a pleasant and safe stay in Montreal,” produced in English and Inuktitut, warns Nunavimmiut to be aware of their surroundings in places like Cabot Square, to help protect them from being victims of crime.

The video is shown on the bus ride from the Montreal airport to the patient boarding facility on Tupper St.

“We’ve actually had more complaints and reports made by Inuit who’ve been victims of crime [over the last couple of years],” Pimental said. “I can’t link that to the video, but we are seeing more people coming in to report crimes.”

Many of those reports are violent in nature, like forceful theft or assault, specifically sexual assault, he said.

But there remain many homeless Inuit who won’t risk reporting crimes against their perpetrators, because they might have outstanding warrants or they don’t know how to navigate the system.

It’s unclear now what the closure of Cabot Square will mean for vulnerable Inuit who have developed relationships with local social services or law enforcement.

The same report that surveyed park users in 2013, prepared by the Montreal Urban Aboriginal Community Strategy Network, also consulted local organizations and made recommendations for how to help the park’s Aboriginal users adapt as Cabot Square prepares to close next month.

One of the goals of that network is to hire two Aboriginal outreach workers, who would focus entirely on Cabot Square to support its users and help redirect them to the services they need.

But Pisuktie worries that it will take too long for new outreach workers to build relationships with Inuit and other groups, a process she said can take months, even years.