Of Greenland’s 100 doctors, 20 are Greenlandic 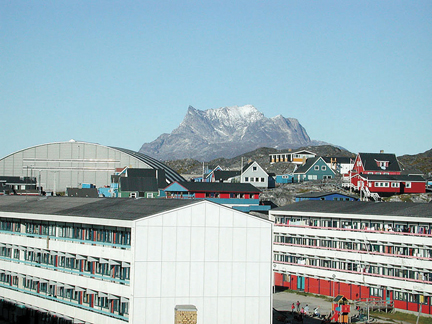 If you get sick in Nuuk, you may be treated by a specialist from Greenland. The hospital in Nuuk now has a program that gives doctors the additional five years in specialized training which they need to become doctors with a specialty in family medicine. (FILE PHOTO)

Greenland is using a novel approach to keep — and educate — doctors in Greenland.

That involves offering a five-year specialist training program in Nuuk for doctors who want to become specialized family doctors.

This means they can study with specialists at the Nuuk hospital instead of remaining in Denmark, says Dr. Gert Mulvad, a family physician at the Nuuk’s centre for primary care.

“We have taken a great step” towards improving local health care, said Mulvad of the program during an April 25 panel discussion at the International Polar Year conference in Montreal.

At the moment, 13 doctors are participating in the Nuuk hospital program — including many doctors who come from Greenland.

About 20 of Greenland’s 100 doctors are Greenlandic; another 25 Greenlandic medical students are now studying at universities in Denmark, Mulvad said.

After those students finish their eight years of studies there, they’ll be encouraged to come back to Nuuk to study instead of doing their specialist training in Denmark, Mulvad said.

Otherwise, “after 13 years away, you do not want to come back,” he said.

Greenland’s 100 doctors are split between Nuuk and the smaller communities (which still means, that when adjusted for population, Greenland has more than many times more doctors per capita than Nunavut).

Greenland has also offered a nursing education program for many years, Mulvad said, and, while he couldn’t say how many Greenlandic nurses there are, they number in the hundreds.

Mulvad said the use of electronic health records has also boosted the level of medical care and united all the medical practitioners on the island.

“We use the experience of 100 doctors to make as good as possible medical care,” he said.

And to provide better mental health services to Greenland’s residents, the doctors in the Nuuk hospital program also spend six months of their five-year training program in a mental health ward.

At the base of Greenland’s efforts to improve its health care capacity lies more parental support for education and improved living conditions, Mulvad said.

The disparities between various regions of the Arctic were brought home by panelist Mary Simon, the president of Inuit Tapiriit Kanatami, who spoke about the lack of mental health services in Canada’s North, along with the limited access to even basic services in many communities.