Historic Nunavut buildings may get commercial zoning next month 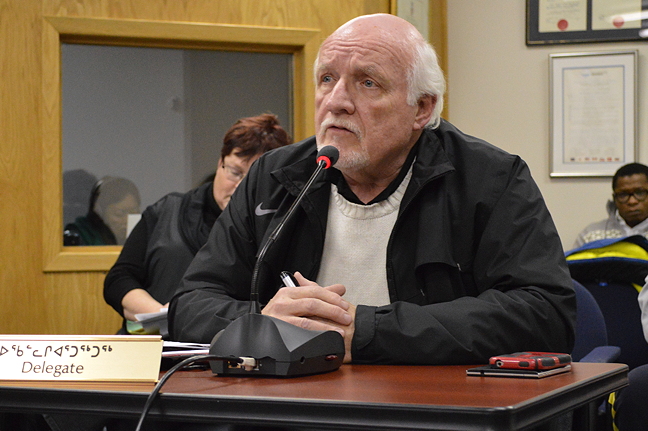 Ken Spencer, property manager for Red Boat Properties Ltd. which currently has an office in the HBC buildings in Apex, spoke in favour of the zoning amendment because he says the company wants to continue operating there. 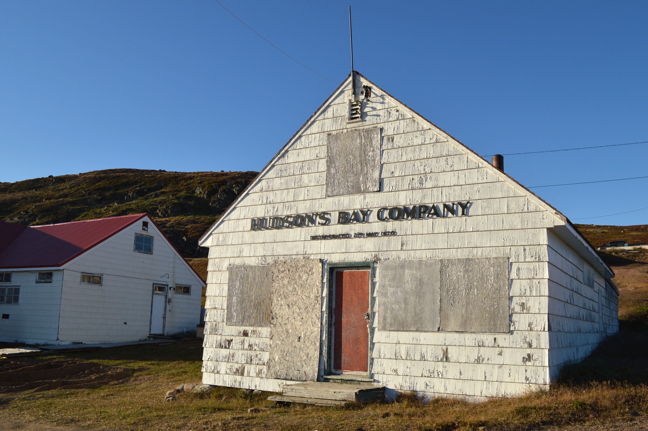 The Hudson Bay Company historic buildings on the shores of Apex, which date to 1949, were already being used for commercial purposes but because of an administrative error, the zoning was incorrect. City councillors are trying to correct that now with a zoning amendment. (PHOTOS BY STEVE DUCHARME)

Planning and development director, Melodie Simard, explained at a council meeting Sept. 27 that a new sub-classification developed for the HBC buildings under the city’s zoning bylaw will permit commercial activities to take place on the lot under strict guidelines.

The rezoning would correct an administrative error—discovered by the city last year—which classified the HBC buildings as “open area zones” despite a local business operating on the lot since 1999.

That company, Red Boat Properties Ltd., whose CEO is Iqaluit resident Kirt Ejesiak, leases the HBC lot from the North West Co. and uses one of the buildings as an office.

A spokesperson for the company told city council last December that Red Boat Properties plans to turn the other HBC building into a craft store or artist studio.

“We had to address that when we found out [the classification], because we run our businesses out of there. We want to continue to be able to use it. If it stays open [zone], we can’t,” Ken Spencer, Red Boat’s property manager, told councillors, Dec. 9, 2015.

Last year, a representative, speaking on behalf of Cooper, argued against plans by city staff to rezone the lot into a “B2” business commercial lot, which permits broad uses such as establishing a gas bar, hotel or shopping plaza.

However, no new buildings or additions to the properties are allowed without first obtaining permission from the city, which “requires that the heritage character of the property is respected and preserved.”

During a public hearing, held before regular city council Sept. 27, Cooper lobbied for preservation of the historic buildings and voiced concerns about the list of acceptable commercial activities within the zoning amendment, in a letter read to council by Simard.

“While the list of permitted uses is restricted from what was originally proposed, there is still the potential for a wide range of uses within those permitted. Some of which may not be in keeping with a heritage site designation,” Cooper said.

Cooper called for a larger discussion by residents of Apex and Iqaluit on the future of the HBC lot.

“It is an area widely used by residents, all of whom have an interest in the manner in which the area develops,” she said, calling on the city to exercise control over the “actual uses to which the building is put.”

Having passed its second reading, the rezoning amendment will appear for a third and final reading before ratification by council at the next city meeting, scheduled for Oct. 11. But third reading is usually a rubber stamp since most bylaw debates occur at second reading.

The HBC buildings on Apex Beach date to 1949, when the company moved its Frobisher Bay operations from Ward Inlet to Apex.

In 1955, the federal government built the satellite community of Apex near the HBC buildings.

In 1984, the HBC warehouse on the Apex Beach site was moved across the sea ice to Iqaluit, where it was renovated. It now houses the Nunatta Sunakkutaangit Museum.