“If you want to see change, you have to vote” 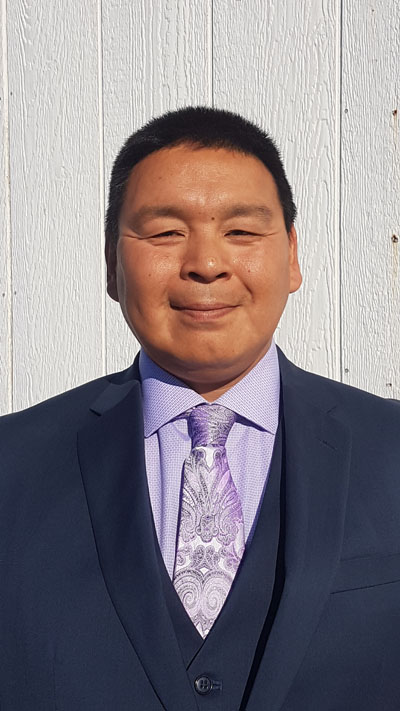 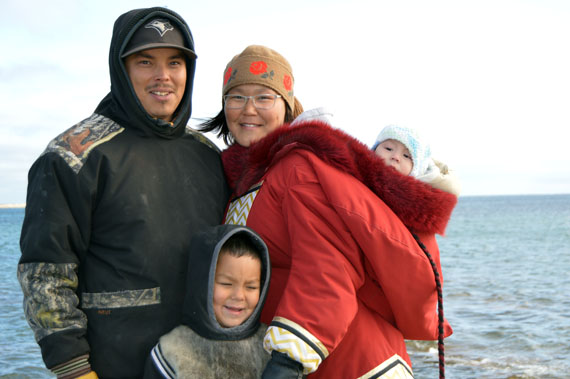 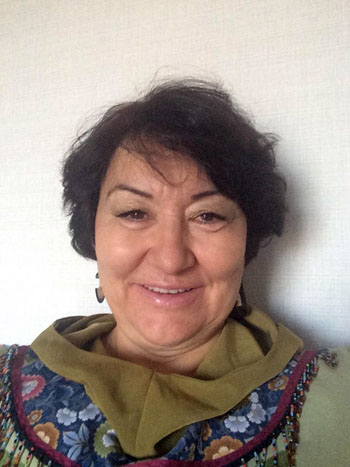 After three terms as president at NTI, Cathy Towtongie is making her first run to serve as MLA for her home riding of Rankin Inlet North-Chesterfield Inlet. (FILE PHOTO)

Candidates contesting Rankin Inlet North-Chesterfield Inlet on the Oct. 30 territorial election bring a mix of political experience and youth to the campaign shaping up in Nunavut’s Kivalliq region.

The riding, which encompasses the northern part of Rankin Inlet, Nunavut’s second-largest community, and the small community of Chesterfield Inlet to the north, is hosting one of the region’s larger races this election with four declared candidates.

Two other political newcomers have also joined the race: Cedric Autut of Rankin Inlet and Douglas Aggark of Chesterfield Inlet.

Douglas Aggark, 26, is a heavy diesel mechanic apprentice who calls himself an “approachable, people person.”

“I believe I have the skills to contribute and help the lives of our constituents,” Aggark told Nunatsiaq News. “I also want to encourage my age group to step up.”

This is his first run for MLA. Aggark ran, unsuccessfully, to serve as vice president to Nunavut Tunngavik Inc. in 2014.

Aggark outlined a few priority issues he plans to bring to the legislative assembly:

• Modernized search-and-rescue infrastructure for Nunavut communities: “I believe every community should have a modern office for search and rescue. It would help store and maximize the life of their equipment.”

• “We’ve identified many times that we have a mental health problem in Nunavut,” Aggark said. “What can we do to reduce the number of mental health issues? Nunavummiut youth and community members in general need a place to go.

“People are good at something,” he added. “[We need] a place to play sports, recreation, hunting support—that’s just a small part of supporting communities.”

• Education and job training to help move Inuit youth into government jobs: “It’s hard to leave Nunavut to go to school,” said Aggark. He points to his own example: his apprenticeship at Agnico Eagle Mining Ltd.’s Meadowbank mine involves a 10-month on-the-job component, plus a two-month in-class portion at an Alberta college.

• A boost to transportation infrastructure in Nunavut: As road networks grow beyond municipal boundaries, Nunavummiut need new, safe and reliable ways to travel, Aggark said. The same is true for the territory’s airports: “I travel every two weeks for work and the airport terminals in Nunavut are cramped,” he said.

And finally, Aggark encourages Nunavummiut to “get out and vote—everyone.”

Cedric Autut, 41, is a father and grandfather who works with the Government of Nunavut’s petroleum products division.

Originally from Chesterfield Inlet, Autut has called Rankin Inlet home for most of his adult life. While he’s held elected roles on his local Hunters and Trappers Organization and District Education Authority, this is Autut’s first time running as MLA.

“We need a younger generation to start speaking up,” he said in an interview with Nunatsiaq News.

“From the issues I’ve been gathering, our elders and our Inuit culture are always a priority,” Autut explained.

“But we need to look at the health of our youth and direct more activities to that group.”

For Autut, recent incidents of vandalism and drug- and alcohol-related crime point to a need for the territory to invest in more recreational activities and drop-in centres that youth can access any time.

Among Autut’s other priorities, if elected—tackling Nunavut’s high cost of living. At the root of that issue, Autut said, is the isolation of Nunavut communities which makes them reliant on airlines to carry food, essential supplies and people to and from the territory.

“These are issues that are brought up nearly every election,” he said. “We need to have access to a highway out of Rankin—we need to push for this. It would open up so much opportunity.”

Previous governments have spent too long analyzing the possibility of a Manitoba-Nunavut road link, Autut said, promising to focus on action.

The cost to fund such a project is significant, he added. But Autut believes too much of Nunavut government spending is focused in Iqaluit, suggesting it’s time Kivalliq get its fair share.

“If you want to see change, you have to vote,” he urges. “Every vote counts.”

As a former, three-term president of Nunavut Tunngavik Inc., Cathy Towtongie has already earned a reputation as a high-profile candidate in this election.

She’s also one of only two women candidates running in the Kivalliq region, but she expects to see more women MLAs elected in 2017. (There were just two in the last legislative assembly.)

This is Towtongie’s first run for the legislative, a role she sees as an extension of the work she did as NTI’s president.

“I’ve always pushed the government externally,” she said. “So it’s time to look at issues internally.”

At the helm of NTI, Towtongie signed one of the country’s largest out-of-court settlements with the federal government: $255.5 million to resolve a lawsuit NTI filed against Ottawa in 2006 for its failure to implement the Nunavut Agreement.

An additional $50 million was awarded to the GN outside of the settlement; Towtongie said the territory has been too slow investing that money in job training.

“We have not seen that implemented,” she said.

Towtongie is a proponent of what she calls “inclusive employment,” which would support not only training Inuit but all Nunavummiut, including those living with physical and learning disabilities.

Towtongie said the next legislative assembly also needs to prioritize:

• Upgrades to the “information highway” that can deliver high-speed internet to the territory.

“For the amount of money we spend on medical travel, we need to start using tele-health services,” she said. “Fibre optic is a priority;”

• More frequently updated data on the region’s polar bear population and community sightings, which is a growing issue along the western Hudson Bay coast;

• An elders care facility in Rankin Inlet, something for which neighbouring Rankin Inlet South MLA Alex Sammurtok has advocated: Too many local elders are sent to Ottawa once they require care. “It’s about access to the families, their children and to country food,” Towtongie said; and,

• An increase in the number of Inuit teachers: The Nunavut Teacher Education Program is one of the most successful programs run through Nunavut Arctic College, she said: “We need to find ways to build on this.”

Towtongie said she’s dismayed to see other MLA candidates who face criminal charges and recent convictions running in this election; she believes that should disqualify them from public office.

According to Elections Nunavut criteria, only Nunavummiut who are currently serving jail terms are ineligible to run in territorial elections.

“It’s time for a change,” Towtongie said of her riding’s leadership.

“I’ve paved the way for Inuit women to run for positions of leadership.”

Incumbent MLA Tom Sammurtok did not return Nunatsiaq News’ request for an interview.

Sammurtok was elected as MLA in another four-way race in the 2013 territorial election. He served as minister of Community and Government Services in outgoing Premier Peter Taptuna’s government until April 2015, when he was relieved of his cabinet duties after being charged with impaired driving on his way home from an Iqaluit bar.

He later pleaded guilty in court, where a justice of the peace ordered him to pay a fine of $1,500 and revoked his driver’s license for one year.

Sammurtok stayed on as a regular MLA and served as chair of the standing committee on legislation.

In the neighbouring riding of Rankin Inlet South, Nunatsiaq News reached out to incumbent MLA Alex Sammurtok and candidate Lorne Kusugak, but neither responded to requests to be interviewed.