In Arviat, “the beach was packed, people watching with excitement in the air” 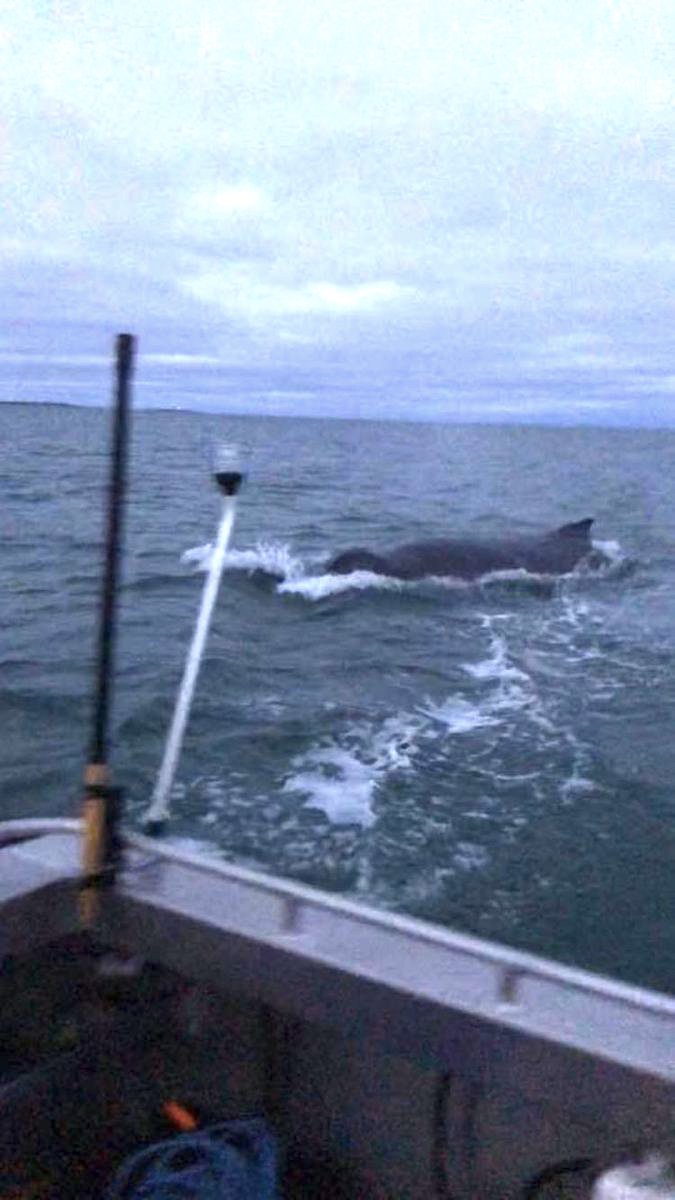 The humpback whale that visited Arviat can be seen in this photo taken by Jordan Unainuk St. John. (PHOTO KRISTIN WESTDAL/TWITTER) 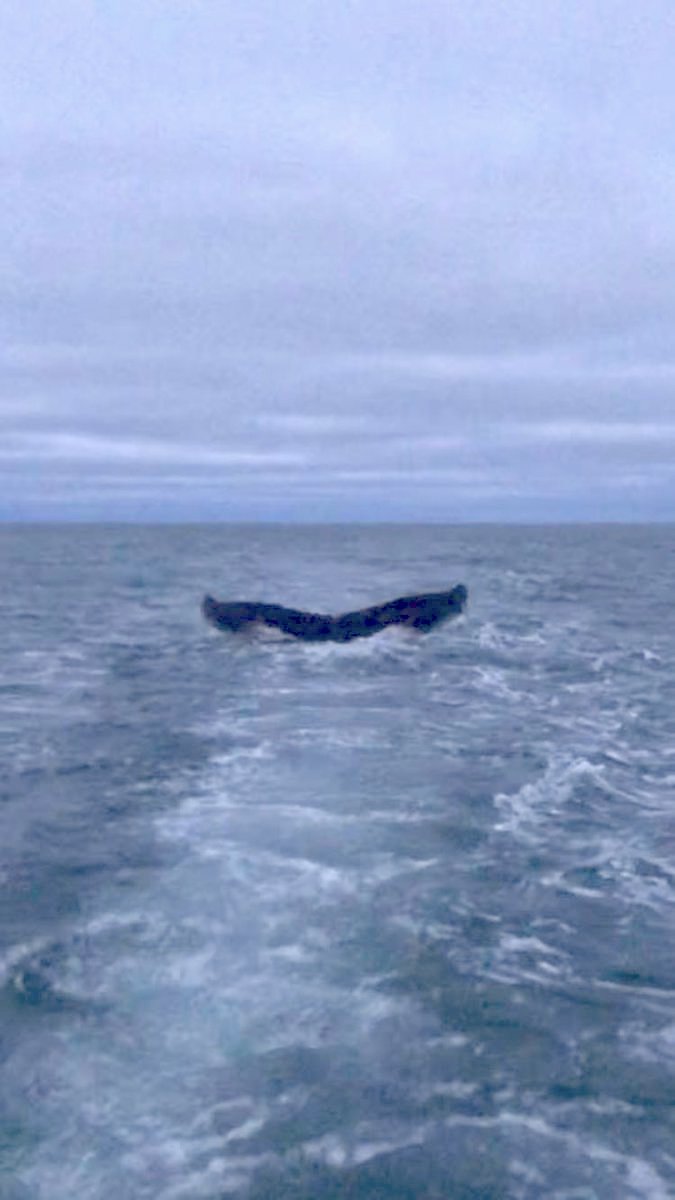 The tail of the humpback whale that visited Arviat is clearly visible in this photo taken by Jordan Unainuk St. John. (PHOTO KRISTIN WESTDAL/TWITTER)

Arviat residents, along with Arctic marine biologists, are excited about a humpback whale’s unexpected appearance on Wednesday near the western Hudson Bay community.

“The beach was packed, people watching with excitement in the air,” said Arviat resident Gordy Kidlapik during a social media discussion about the unusual sighting. “Those that watched earlier from further down the point and folks in town like us were trying to find a spot to drive up to. Everything from trucks, ATVs, UTVs and those on foot.”

Kidlapik said the whale had followed a boat from the point right up to the town of about 3,000, before dark.

“As we watched, sometimes it surfaced very close to the boat’s transom,” Kidlapik said.

Marine biologists said the tail and the “ragged” dorsal fin of the whale appeared to be those of a humpback.

Marine biologist Jeff Higdon said he expects to hear more reports of temperate whale species in that region in the future, as whale populations grow.

“Hard to say why a humpback would end up in Hudson Bay, but there’s certainly lots of food, capelin, etc., for it to eat there,” he told Nunatsiaq News.

“They’re common on the Greenland side of Baffin Bay, so it wouldn’t take much for one to take a turn into Hudson Strait, which they’ve done before, obviously, given past credible reports.”

The humpback population is growing, post-commercial whaling, so it’s reasonable to expect range expansion, he said.

In 2011, Higdon co-authoured a paper with Steven Ferguson for the Northeastern Naturalist journal that noted that the bowhead whale was the only baleen whale historically known from Hudson Bay.

During the commercial whaling era, from 1860 to 1915, no other large whale was reported to occur there, they said.

But they said since 2000 humpbacks have been sighted by Inuit hunters in Hudson Bay and northern Foxe Basin, and one humpback was observed by biologists in Ungava Bay during an aerial survey for belugas.

Minke whales—also not usually spotted in the eastern Arctic—have also been reported in southern Hudson Bay and James Bay, and discussions with Inuit hunters also pointed to possible sightings in Foxe Basin and western Hudson Bay, they said.

“Observations of these species in Hudson Bay and Foxe Basin may be related to reduced ice cover and increased open water, changes in prey species distributions, population recovery and growth following commercial whaling, or some combination of factors,” their paper said.

Adult humpbacks are large whales, ranging in length from 12 to 16 metres and weighing around 25 to 30 metric tonnes. They have a distinctive body shape, with long fins and bumpy heads.

Humpbacks are known for breaching the water, making them popular with whale watchers.

Found in many places, their typical annual migrations can cover up to 25,000 km.

As for where Arviat’s humpback will head next, Higdon said he would imagine the whale will go back out through Hudson Strait before sea ice starts to form.

“If it doesn’t, there’s the definite risk of ice entrapment, which has occurred for this species in the past in places like Newfoundland,” he said.

However, Arviat’s humpback might not be the only humpback around the western Hudson Bay.

“They’re a sociable species and are often seen in groups, so I wouldn’t be surprised to learn that there’s more than one present,” Higdon said.

Other species of whales have also turned up in new places, including Cambridge Bay, where narwhals visited the western Nunavut community in 2011 and again in 2012.