“I will be judged” on ITK action plan, Inuit org president says 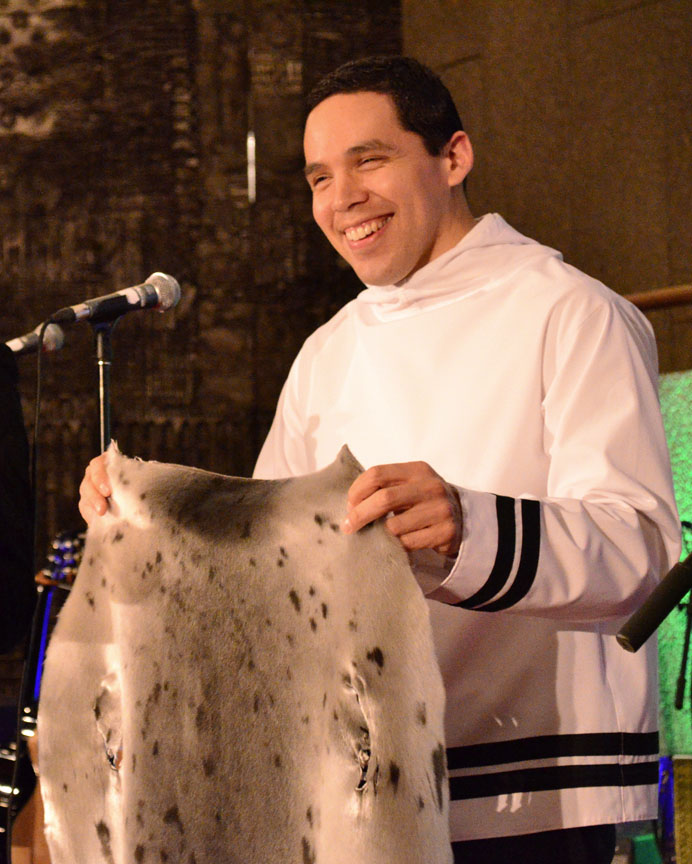 ITK President Natan Obed at the Taste of the Arctic event in Ottawa this past March 7. He says that if, by the end of his three-year term of office, the organization does not make progress on the seven objectives set out in its strategy and action plan, he will expect to be held accountable. (PHOTO BY JIM BELL)

If the Inuit Tapiriit Kanatami’s three-year action plan does not produce results by 2019, then he’ll expect to be judged and held accountable, ITK president Natan Obed told Nunatsiaq News in an interview last week.

ITK released the strategy and action plan earlier this month to set their priorities and their to-do list for the three-year period between now and 2019.

In it, they promise to make progress on seven big objectives, related mostly to the health and well-being of Inuit:

• Objective 7: Enhance the health and well-being of Inuit families and communities.

“We’re not going to solve them all. But we need to see forward progress. I also like the idea that I will be judged at the end of this term on whether or not ITK has done any of this meaningful work — that’s the way that I like it,” said Obed, whose three-year term, which began in October 2015, expires in 2018.

One purpose of that national strategy is to iron out the differences in how people understand suicide and how they respond to it, Obed said.

“And so one of the challenges I’m going to have between now and the release of that strategy is to come up with that definition and that narrative: this is what suicide is, this is how suicide prevention works, this is how we can get from where we are today to where we all want to be,” Obed said.

And “where we all want to be” means suicide rates within Inuit Nunangat that are at or below the Canadian average.

Some specific actions likely to be recommended in that national suicide prevention strategy include:

• more funding to help each Inuit region do suicide prevention;

“But I think one of the biggest things we need in this strategy is a common way to look at the issue instead of pulling in different directions,” Obed said.

The second priority focuses on a social problem that has plagued the Arctic for decades: housing.

“We think it is necessary that the key Inuit leaders in relation to housing get together and discuss what needs to move forward,” Obed.

He said he recognizes that funding is an important part of responding to the perpetual housing crisis, especially in Nunavik, where Makivik Corp. has for years demanded a federally funded catch-up social housing program.

But he said the issue requires more than just money — it also requires new ideas, especially on homeownership and the creation of housing markets within Inuit Nunangat.

“I think there are other components of the housing spectrum that we need to address for us to get to a place where there are housing markets, and not just subsidies for social housing, with reasonable paths to homeownership,” Obed said.

Another important issue is looking at more efficient and more affordable options for building designs, to help reduce the cost of homeownership.

To look at all that, ITK will organize a national Inuit forum on housing this spring — and will likely announce details soon.

That forum will include a discussion on barriers to private home ownership in the Inuit region and the creation of possible solutions.

“It isn’t just getting the social housing backlog fixed. That’s a massive commitment and a massive process… But we need to figure out what a sustainable future looks like,” Obed said.

At the same time, any proposed solutions have to be realistic, given the low median incomes and the high cost of building and maintaining homes in many Inuit communities.

“But I don’t think it’s impossible. I think we can get there,” Obed said.

“In research — we still don’t have control, in many ways, of research funds and how research projects are conceptualized and our knowledge itself is sometimes not respected or incorporated into research findings,” he said.

That includes a possible national Inuit health survey, similar to the Qanuippitali Inuit Health Survey of 2007-2008, in which teams based aboard the research icebreaker Amundsen covered Nunatsiavut, Nunavut and the Inuvialuit region of the Northwest Territories.

And in 2004, Nunavik was covered by a similar survey, also based aboard the Amundsen, called Qanuippitaa.

Quebec plans a second version of that survey, which they hope to start this year.

And for the other three regions, ITK is participating in a national working group on a second health survey for Nunatsiavut, Nunavut and the Inuvialuit region.

Other highlights of the ITK strategy include:

• actions on implementing the recommendations of the Truth and Reconciliation Commission;

• ensure Inuit are meaningfully engaged in the upcoming inquiry into missing and murdered Indigenous women;

• work on unifying the Inuktut writing system and continued implementation of the National Strategy on Inuit Education;

• support for climate change adaptation and mitigation measures in Inuit communities and regions;

• advocate for programs and services that meet the needs of Inuit children and families;

• ensure Inuit involvement in the design of public health policies; and,

• work with government to find solutions to the high cost of living in Inuit Nunangat.