“Communities want to be part of the process” 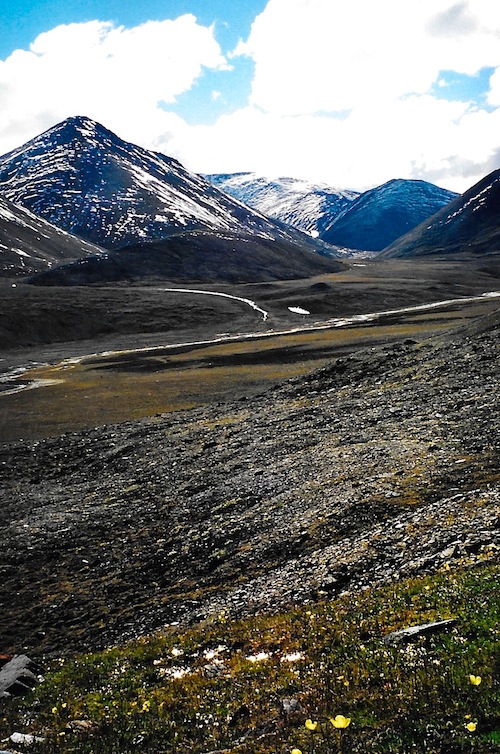 A hidden valley in northern Ellesmere Island: monitoring changes in Arctic locations like this one, over time, is the goal of the Arctic Observing Summit. (PHOTO BY JANGE GEORGE)

The Arctic needs a better international monitoring system to track what’s happening across the circumpolar region with tools ranging from satellite remote sensing to community-based observers.

Creating such a system is the broad goal of an international forum called the Arctic Observing Summit.

The group wants to co-ordinate the design, development and implementation of an improved pan-Arctic observing system because the Arctic has “the fastest rate of climate change and related impacts on the planet.”

Key among the summit’s seven recommendations, released in a statement earlier this month: to develop a globally-connected Arctic observing data and information system which incorporates Indigenous knowledge and serves Arctic and global communities.

Inuit communities want to be part of the process, said Okalik Eegeesiak, chair of the Inuit Circumpolar Council, which supports the statement.

“Communities want to be part of the process, contribute their knowledge to evidence-based decision-making and will do what is necessary to protect the Arctic, our food and our well-being,” Eegeesiak said in a March 28 news release from the University of Calgary, whose Arctic Institute of North America has led the call for the new monitoring system.

These took place at the same time as the Arctic Science Summit Week and the meeting of the Arctic Council’s senior Arctic officials.

Key recommendations from the Arctic Observing Summit included a call for the involvement of local and Indigenous Arctic peoples and their traditional knowledge to create and maintain the monitoring system — but these also showed there’s work to be done on finding support and money for the monitoring effort.

“It’s vital we implement these recommendations,” said Maribeth Murray, executive director of the Arctic Institute, who co-organized the summit, in the release. “There is now consensus as to what is needed to move forward on an internationally co-ordinated pan-Arctic observing system that tracks change across time and space.”