If you want a driver’s licence in Nunavut, let the GN know 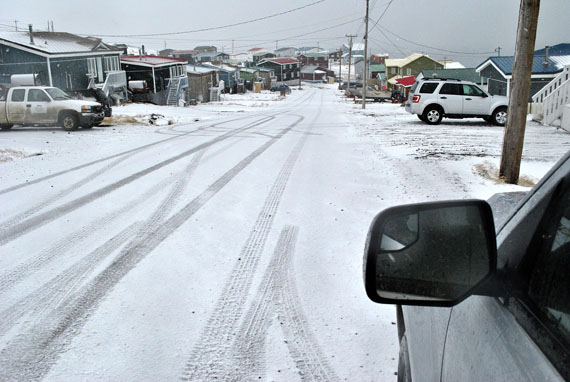 New licensing regulations are being eased into Nunavut before the new Traffic Safety Act becomes law at the end of the year. (FILE PHOTO)

If you want to get a regular driver’s licence or a learner’s permit in a Nunavut community without a motor vehicles office, you’ll want to get your name registered with the Government of Nunavut before Feb. 1.

In a recent release, Nunavut’s Department of Economic Development and Transportation said the RCMP will no longer administer practical and written tests for Class 5 (regular) and Class 7 (learner) licences, starting Jan. 1 in communities in the Qikiqtani and Kivalliq regions and July 1 in those in the Kitikmeot region.

The RCMP have done driving exams in numerous communities outside Iqaluit for many years, but that service is ending.

So if you are planning to do your written or practical Class 7 or Class 5 tests in the coming year, you should email your name and community to drivingtest@gov.nu.ca or contact your local government liaison officer no later than Thursday, Feb. 1.

The Department of Economic Development and Transportation then plans to develop a schedule to offer driver’s exams in communities throughout the territory, based on the number of people who have registered.

In Nunavut, if you want to obtain a Class 5 learner’s permit, you will have to be at least 15 and pass a written test and vision assessment.

If you’re at least 16, and have practiced driving for a minimum of four weeks with a licensed driver, you can then apply to upgrade your licence designation.

And, once you have taken and passed the road test, and meet the age requirement, you’ll be eligible for a Class 5 Nunavut driver’s licence.

The transition in the testing for licences comes with the implementation of the Traffic Safety Act, which was passed last year at the Nunavut legislature.

For drivers, the new law will mean that if you’re driving in the territory, you will have to be licensed, put your cell phone down when you’re behind the wheel, and face harsher penalties if you’re found to be driving while intoxicated.