I’ll give up any benefits the union gives up, Iqaluit mayor says

April 26 bylaw amendment was incorrectly written, adding to the confusion 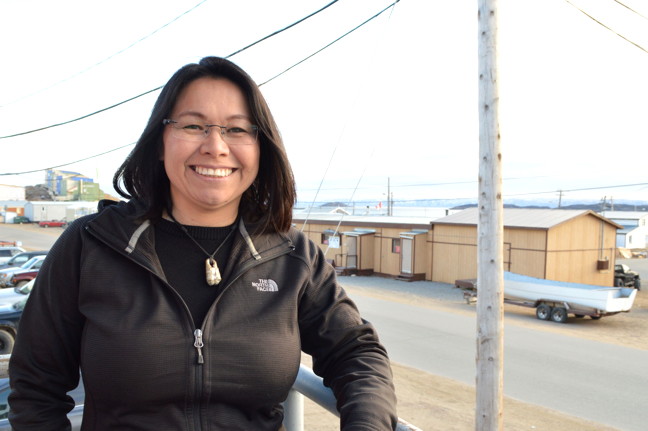 Iqaluit Mayor Madeleine Redfern says she’ll forego any benefits that the city’s union agrees to forego. Also, she said a bylaw amendment that city councillors sent back on April 26 was incorrectly written and should not have specified two VTAs. (FILE PHOTO)

Iqaluit Mayor Madeleine Redfern said, in an email statement released April 28, that she’s willing to forego vacation travel assistance and other benefits if the Nunavut Employees Union recommends city employees do the same.

Redfern’s comments arrive after city councilors deferred on an amendment to a 2012 city bylaw that paid the mayor a full-time salary with the same benefits received by city directors.

The April 26 amendment was allegedly a “correction” to errors in the mayoral benefits package set out in that bylaw.

Deputy Mayor Romeyn Stevenson, who introduced the “Council Indemnities Bylaw Amendment” to council April 26, confirmed to Nunatsiaq News that the amendment was recommended by administration to be added to the agenda.

City staff confirmed the VTA omission by reviewing previous council meetings and affirmed the amendment in is line with the past council’s decision, the mayor said in her statement.

“[It] was purely administrative to correct past error and oversight because it was left out,” Redfern said.

But the mayor said the recent amendment is also in error, because two VTAs is more than the city’s non-unionized receive under the recent wage and benefits freeze issued by the city’s chief administrative officer, Muhamud Hassan.

“The proposed bylaw was incorrectly worded. The city VTA policy applies equally to all irrespective of position,” Redfern continued.

As the city struggles to find common ground with its unionized workers on a new collective bargaining agreement, Redfern is asking all city staff to get on the same page.

“I will happily forgo VTAs and any other non-health related benefits, such as 10 paid sports days per year, berry picking day, clam digging day, wellness days… so long as the union recommends the same for the members and give up all VTAs,” she said.

“This would save the city not just a few thousand dollars on the mayor’s VTA, but save the city over a million dollars, each and every year.”

That idea is unlikely to go over well with the union.

The Nunavut Employees Union made its views on that issue clear March 30, when city employees gathered outside Iqaluit’s City Hall to burn their notification letters on the wage and benefits freeze.

“The mayor was in the news spouting how everybody was having to toe the line and the unionized members should just bend over and accept what the administration is saying… its hypocritical,” NEU President Bill Fennell told Nunatsiaq News after councilors deferred on the VTA amendment April 26.

Shortly after releasing her statement, Redfern took to Twitter to call out the union for politicizing the recent developments.

“Union chose to politicize what was simply an administrative correction regarding my pay and benefits. City has been fortunate to offer its employees one of the best benefit packages in Nunavut,” Redfern posted on her mayoral Twitter account.

On April 28, Fennell said the April 26 bylaw amendment was “was in poor taste and timing,” and he slammed Refern for not mentioning an injured city employee.

“It was saddening that if she was going to make a public statement she didn’t mention James Dorrington, who was a city employee that’s injured. She’s more concerned about defending her right as a politician. She’s not an employee.”

He also said city benefits, such as days off for clam-digging, berry-picking, sports and wellness are so that employees can engage in public services.

“What can you say to that? The city as well as the GN encourages their employees to be in the public service [sports days, IQ days]… [Union employees] bargained for and earned those rights,” Fennell said.