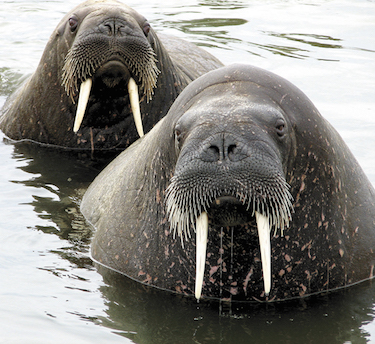 Walrus are among the 11 species of Arctic marine mammals, which are the subject of a new research study. (FILE SUBJECT) 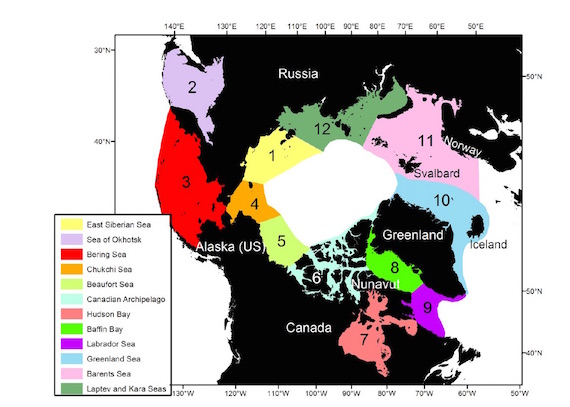 What really is going on with marine mammal species in the Arctic? And what does the future hold for whales, seals, walrus and polar bears?

To answer these questions, there’s a need for more accurate scientific data — currently lacking for many of the 11 Arctic marine mammal species.

And this will “be key to making informed and efficient decisions about the conservation challenges and tradeoffs facing AMMs [Arctic marine mammals]” in the 21st century,” said Kristin Laidre from the University of Washington’s polar science centre in her research paper published this week in Conservation Biology.

Along with more science, what’s also needed is more input from Arctic people who depend on marine mammals and increased community participation in conservation and management, Laidre told Nunatsiaq News — a call also supported by the Arctic Council’s senior Arctic official, Vincent Rigby, who said March 18 that Arctic Council ministers will be asked to support the incorporation of more traditional and local knowledge into the council’s work when they meet next month in Iqaluit.

The Greenland Institute of Natural Resources and NASA supported Laidre and her international team of co-authors in their research, one of many on Arctic climate change, which are being released in the lead-up to the Arctic Council ministerial meeting and the United Nations climate change talks next December in Paris.

Among the challenges faced by Laidre and her team of international researchers: neither a circumpolar assessment of Arctic marine mammal status nor a standardized way to gauge sea ice habitat change was available.

Overall, numbers and trends due to climate change are unknown for most of the 78 populations of 11 marine mammals, which include beluga, narwhal and bowhead whales, ringed, bearded, spotted, ribbon, harp and hooded seals, walruses, and polar bears, their research study notes.

Despite the shortcomings in existing information, the researchers who collaborated on “Arctic marine mammal population status, sea ice habitat loss, and conservation recommendations for the 21st century” produced what they call the first comparative circumpolar measure of Arctic marine mammal habitat change.

For their research, they summarized the available data on the marine mammals’ abundance and trends for 11 Arctic marine mammal species in 12 regions.

They also examined their diversity, harvest levels, and trends over time in sea ice habitat by calculating the dates of spring sea ice retreat and fall sea ice advance from satellite data from 1979 to 2013.

What they found: changes in sea ice have been “profound.” Eleven of the 12 regions showed significant trends for 1979 to 2013 towards earlier spring sea ice retreat, later fall sea ice advance, and longer summers.

And, even if climate-warming greenhouse gases, are limited immediately, sea ice loss is likely to continue for several decades, which another recent study has also confirmed.

“We did not identify which specific populations are most vulnerable, but in general we concluded the ice-dependent species (walrus, ice seals, and polar bears) will be the most vulnerable due to their need for sea ice as a platform for life events, such as reproduction and feeding,” Laidre said in an email communication to Nunatsiaq News.

Lauder’s research also steps into the realm of policy, making the following recommendations on Arctic marine mammal conservation, to:

• maintain and improve co-management by local, federal, and international partners;

• recognize that sub-populations will respond differently to climate change;

Some of the conservation measures were influenced by lack of data, such as understanding the impacts of industry in the Arctic, Laidre told Nunatsiaq News.

But other measures were not influenced by lack of data because they are important no matter how much data are available, she said.

These include the importance of co-management, said Laidre, who is heading to Greenland to conduct a traditional knowledge survey on polar bears in East Greenland.