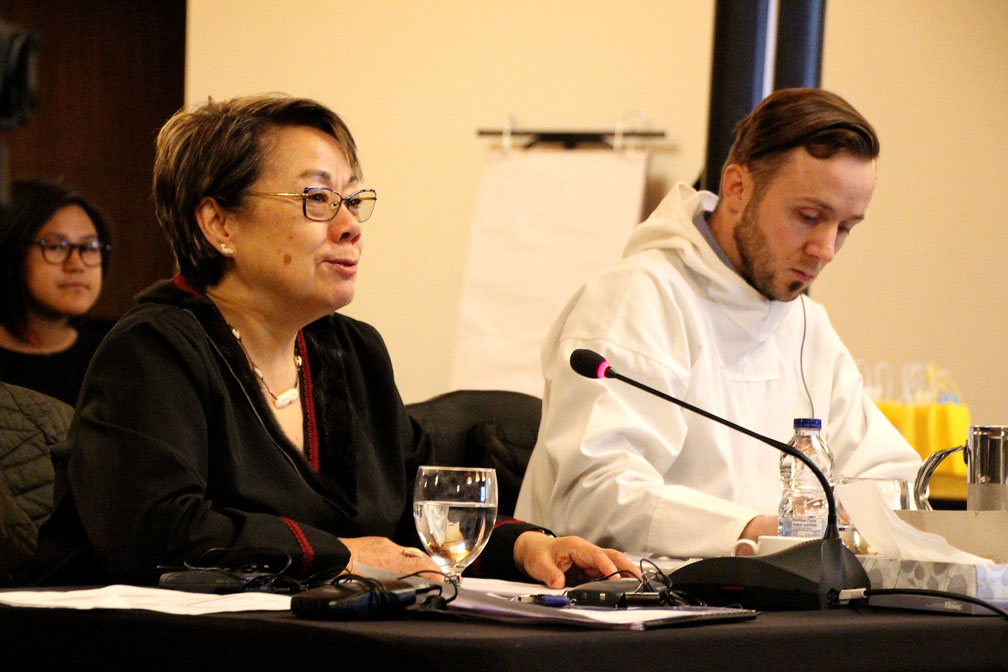 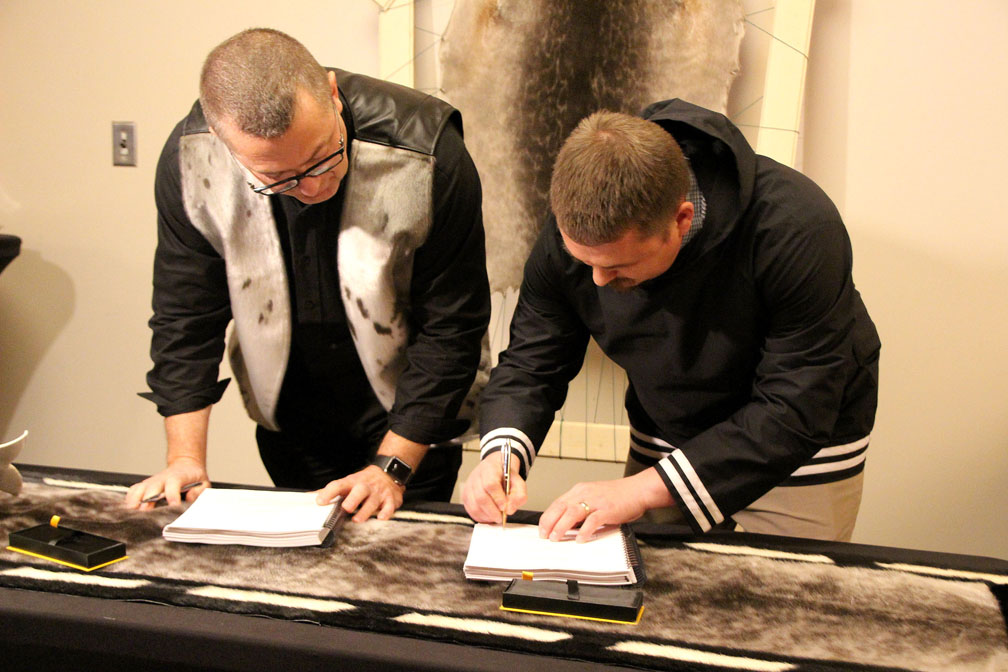 Baffinland Iron Mines Corp. and the Qikiqtani Inuit Association say they will aim for a better record on meeting Inuit employment and training targets at the Mary River mine through their amended Inuit impact and benefits agreement, or IIBA, signed on Oct. 3 in Iqaluit.

“I truly feel this is a benefit agreement that clearly lays out what the communities want, what Inuit want and have always envisioned,” QIA President P.J. Akeeagok said at the signing ceremony.

“We are representing Inuit interests,” he said.

QIA board members approved the changes to the Mary River IIBA in a unanimous motion only an hour and a half before the signing ceremony.

The deal replaces the first IIBA, which was signed five years ago in September 2013.

“Everybody thought it created a platform for a growing Inuit workforce at the Baffinland. After four years, both QIA and Baffinland looked at it and said, we can do better,” said Brian Penney, Baffinland’s president and CEO, who signed the agreement with Akeeagok.

Within the beefed-up IIBA, Baffinland and QIA agree to develop and construct a $10-million training centre in Pond Inlet, in co-operation with the community and with Nunavut Arctic College.

In 2017, the proportion of Inuit employed at the mine was recorded at only 12.9 per cent, roughly half the minimum target of 25 per cent.

The amended IIBA aims for an overall Inuit employment target of 50 per cent, to be “revisited” in 10 years.

Other changes to the IIBA:

• Inuit from all Baffin communities will get priority for hiring. The amended IIBA ensures all transportation and accommodation costs are covered by Baffinland, at no net cost to the employee.

• Baffinland will run a work readiness program three times a year within the five Qikiqtani communities most affected by the mine: Igloolik, Hall Beach, Pond Inlet, Arctic Bay and Clyde River. All Inuit who enter this training will become employees of the mine.

• Baffinland will spend $300,000 over 12 years to buy research vessels for Pond Inlet, Arctic Bay, Clyde River, Igloolik and Hall Beach. Every three years, one of these five communities will get a vessel until they all possess one.

• Pond Inlet will get $200,000 over 10 years to run its own projects aimed at monitoring the impacts of the mine.

• Starting in 2019, QIA will receive payments based on actual sales of iron ore.

• If the royalty payment is less than $5 million, the QIA will still receive advance payments.

• The royalty rate and the advance payments remains the same.

This change is connected to a recent dispute between Baffinland and QIA over advance royalty payments.

That dispute wasn’t resolved until after an arbitration tribunal last summer ruled that Baffinland owed QIA more than $7 million in advance payments.

“The royalty agreement wasn’t very clear in certain instances,” QIA’s director of major projects, Stephen Williamson-Bathory, told QIA board members prior to their vote on the IIBA motion.

Prior to completion of the amended Mary River IIBA, QIA negotiator Eva Aariak visited the five communities most affected by the mine last April.

“Many Inuit feel there are too many barriers to employment at the mines,” Aariak told board members, adding that a misunderstanding over who pays for their air fare to the mine site was one such barrier.

“They thought they would have to pay for their transportation. That shouldn’t be a barrier,” she said.

QIA’s 2018-19 annual report says Baffinland is now committed to hiring Inuit from all 13 Qikiqtani communities and that the company will cover all travel costs for those hires.

“We heard from many that the training programs are in English.… We saw people resigning because they didn’t have the support,” Aariak said.

She also said many Inuit want training for higher level jobs in management or in trades.

QIA continues to focus on the growth of an employment-training project called Q-Step, and an online labour pool database, called Tuttarvik, that connects skilled Inuit with available jobs.

If you want to get your name in that pool for employment opportunities, you can register by emailing the QIA at tuttarvik@qia.ca.