Better to know what’s in the “donut hole” 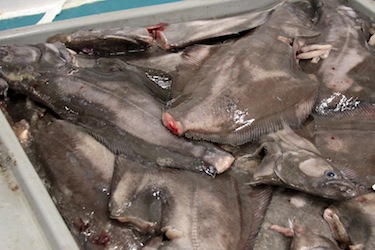 Now you can only find turbot and some shrimp in the waters off Baffin Island — because other species have mainly been fished out. That’s what scientists, industry and environmental groups want to avoid in the international waters of the central Arctic Ocean. (FILE PHOTO) 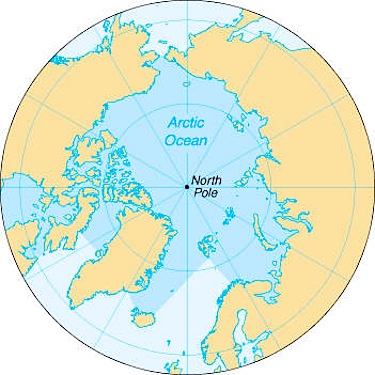 You can see the “donut hole” of international Arctic waters around the North Pole. (FILE IMAGE)

MONTREAL — It’s not just 2,000 scientists from 67 countries who want Arctic leaders to develop an international fisheries accord to protect the unregulated waters of the central Arctic Ocean.

An April 26 panel at the International Polar Year conference in Montreal — whose members included the chief executive officer of one of the world’s largest seafood companies, Royal Greenland — also supported an agreement to regular fishing in the waters outside the economic zone of circumpolar nations, an area they call the “donut hole.”

Nunavut Tunngavik Inc.’s vice-president James Eetoolook said this past week that he doesn’t agree with a call for a moratorium on commercial fishing in international Arctic waters.

But that’s not what anyone wants because such a moratorium would prove hard to enforce, the panelists said.

What’s needed is more research and regulations that encourage compliance.

Royal Greenland’s Mikael Thinghuus said his company, a mainstay of the Greenlandic economy with 800 workers in Greenland and more abroad, doesn’t intend to stop fishing.

There are hundreds of millions of people in the developing world, in India and Asia, who are entering the middle class and don’t want to eat their rice with soya protein any more, Thinghuus said.

“We can’t stop fishing,” he said. “There is a great and growing demand for fish products.”

But many consumers now want to buy only fish that’s not from endangered stocks.

Thinghuus said the fishing industry as a whole can do better and look for more sustainability in the world’s fisheries, by starting at home.

That’s why Royal Greenland sliced its shrimp quota voluntarily by 25 per cent this year after some concern was raised over the age of the catch.

Understanding what’s in the “donut hole” is all about saving the fisheries for Arctic residents, said Trevor Taylor, a former fisheries minister in the Newfoundland and Labrador government, who’s now a policy advisor for Oceans North Canada.

You don’t want to see the area fished out of a species, as was the case of redfish and grenadier stocks in the Baffin Bay and Davis Strait, which were scooped up by Russian trawlers between the 1960s and 1980s, Taylor said.

“If they were still there, the people of Nunavut would have a vastly different fishery,” he said. “Now it’s just down to turbot and a few shrimp.”

Taylor, who witnessed the collapse of the cod fishery in Newfoundland 20 year ago, said it’s important to think of the entire ecosystem when evaluating quotas.

Otherwise, “people think they’re getting it right until it [the fishery] collapses,” he said.

The “donut hole” might contain a rich fishery, but it’s better to know what’s there first, Taylor and the other panelists said.

And, while “not fishing” isn’t an option, some sensitive areas could be put off limits.

The Arctic Council should take the lead to craft a set of international fishing regulations for the “donut hole,” said the panelists, who also included oceanographers and the ambassador for polar and oceanic affairs from Spain, which takes a third of sub-Arctic fish.

Cooperation is the way to go, the panelists said.

But there’s a couple of large unknowns: the impacts of climate change and ice melt, which could change the distribution of fish stocks, and of economic policies which have cut the seal hunt, allowing seals to eat many times more fish than are commercially harvested.