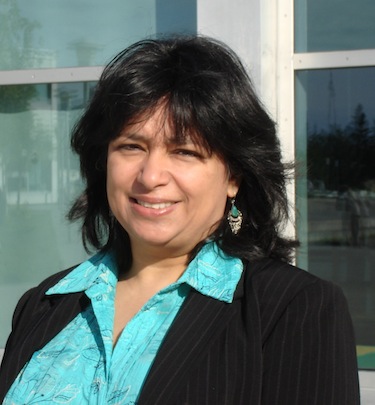 Dr. Anna Banerji’s latest research suggests health providers offer an antibody to all babies in the North to prevent respiratory infections, a move that could cut hospital admissions in half. (FILE PHOTO)

The rates of respiratory infections in newborn babies in Nunavik and Nunavut are among the highest in the world, says new research published in the Canadian Medical Association Journal Open.

The study looked at the infants under the age of one in the Northwest Territories, Nunavut and Nunavik who had been admitted to health centres or hospitals with lower respiratory tract infections.

Those infections include bronchiolitis and pneumonia, typically caused by respiratory syncytial virus, or RSV.

In 2009, researchers found that about a quarter of babies born in Nunavut were admitted to hospitals with lower respiratory tract infections, and more than 40 per cent in the Kitikmeot region alone.

In Nunavik, the rate was closer to half of all infants, while NWT saw a significantly lower rate of infections, at just four per cent.

The factors behind the infections are well-known health risks in the North: smoking, overcrowded homes and poor nutrition. Researchers say Inuit babies appear to be at a heightened risk, but it’s not clear if there’s a genetic predisposition.

But not only are those rates alarmingly high, the cost associated with those infants’ care is extreme, especially in northern communities where babies need to be medically evacuated for lengthy stays in southern hospitals.

That’s why the same research suggests health providers offer preventative treatment to all babies in the North which would be less taxing on the health system in the long-term.

Currently, health authorities in both Nunavik and Nunavut administer an antibody called Palivizumab to infants at a high risk of respiratory infections; premature babies or those with heart and lung disease. The antibody would protect babies against RSV.

“But when you look at the costs association with hospital admissions, or having them at the ICU [intensive care unit] in Ottawa for weeks at time… it’s cheaper in many parts of the Arctic to give the antibody than to pay for the hospitalization,” said Dr. Anna Banerji, the lead researcher on the study, at the University of Toronto’s faculty of medicine.

It’s not the first time she’s made the recommendation.

The cost of administering Palivizumab, which would be injected monthly to all babies under six months of age, runs more than $6,000 per infant.

But the study compared costs and found that the preventative treatment would save some Arctic regions more than $30,000 per hospital admission.

“There’s not a lot of reason to say we shouldn’t be doing this,” Banerji said. “You’re going to have almost halve the [hospital] admissions.”

Already, health authorities in Nunavik have said they plan to start administering the antibody to all infants in the region by the new year, Banerji said, while Nunavut is still considering the option.

“We still need to work to address smoking, overcrowding and poverty, but this is a step in the right direction,” she said.