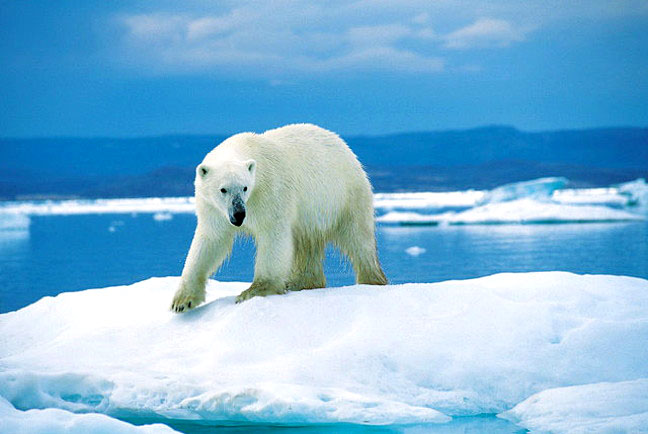 Polar bears, such as this one photographed in Wager Bay, Nunavut, will be protected under a new joint declaration of conservation by Canada, the United States, Russia, Norway, and Denmark but that commitment recognizes the subsistence hunting rights of indigenous Arctic peoples and their traditional knowledge about the northern bears. (PHOTO BY ANSGAR WALK/WIKIPEDIA COMMONS)

Canada and four states agreed in Moscow last week to include “traditional ecological knowledge” from indigenous Arctic peoples in the 1973 International Agreement on the Conservation of Polar Bears.

The commitment, made in a joint declaration by the five polar bear range states — Canada, the United States, Russia, Norway, and Denmark on Dec. 6 — means Inuit and other Aboriginal people living within these countries will be involved in polar bear management decisions.

“This agreement says the knowledge of indigenous people will be used in informing management decisions, which is very broad, and opens the door.”

The point of agreement is a key concession that Inuit groups have long pushed for.

The five states, which are home to the world’s estimated population of 20,000 to 25,000 polar bears, gathered in Moscow Dec. 4 to Dec. 6 to renew their commitment to the 40-year-old agreement.

The group completed their meeting with a joint declaration that lists several points of agreement on polar bear conservation and management.

This marks a first in the history of the agreement, said Aglukkaq, who led the Canadian delegation in Moscow.

“We now have a mechanism in place to put forward our knowledge,” she said.

The declaration also recognizes that the polar bear is a “significant resource” for Arctic peoples, and that “subsistence needs of Arctic indigenous people” will be best achieved “with the engagement of communities traditionally dependent on the polar bear in management decision-making processes.”

The declaration acknowledges that climate change is having an effect on polar bear habitat and population. The range states recognize that bears face “new and complex challenges resulting from a rapidly warming Arctic and subsequent changes to sea ice habitat.”

Their declaration points to “adaptive management” in response to global warming, calling for a strategy “to manage and reduce the other stressors on polar bears and their ecosystems, such as habitat destruction, over-harvesting, pollution,” and other human “disturbances.”

Aglukkaq noted that the declaration also highlights the need for “comprehensive monitoring and research programs” throughout the Arctic. These, according to the declaration, are needed to identify the effects of climate change and pollutants on the bears.

Indigenous people of the Arctic will add more accurate information to this, now that the range states have called for their contribution, Aglukkaq said.

“It’s a huge opportunity for the range states to look at the people in the Arctic, for solutions and information,” she said. “And I think it enhances the work of scientists, going forward.”

The range states will use the Dec. 6 declaration to adopt an “action plan” for the conservation of polar bears and their habitat in 2015.

Speaking from Ottawa after her return from Moscow, the environment minister noted that each of the range states “has its own domestic challenges” when it comes to polar bear conservation.

“In the case of Canada, we had a strong, I would say, plan in place,” Aglukkaq said.

The country’s monitoring and hunting-management systems include scientific and traditional knowledge, she said, which allow it to present a solid case for successful conservation.

Including traditional indigenous knowledge into wildlife management practices in the North has also been a priority in Canada’s chairmanship of the Arctic Council, which Aglukkaq heads up, she said.