“Now galleries all over the world present my work” 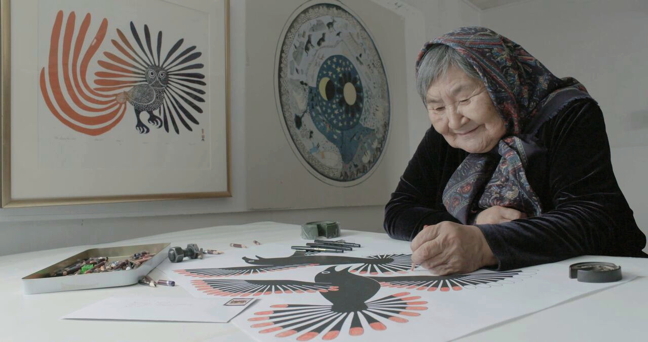 A still from the new Heritage Minute showing artist Kenojuak Ashevak working on a bird print of which she was renowned. On the wall to her right are two famous images of Ashevak’s: Enchanted Owl and Nunavut Qajanartuk/Our Beautiful Land, commissioned by then-Indian Affairs and Northern Development to commemorate the signing of the Nunavut Land Claim Agreement-in-Principle in 1990. That image eventually graced the cover of the final agreement. (HERITAGE MINUTE STILL) 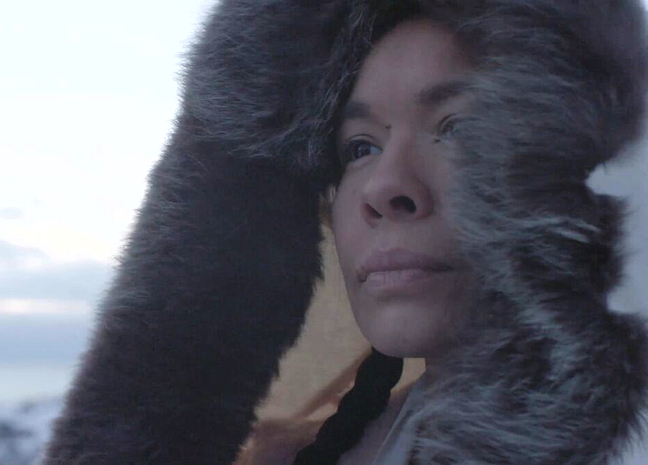 One of Nunavut’s most famous artists, Kenojuak Ashevak, is the focus of the latest Heritage Minute, one in a series of 60-second vignettes illustrating important moments in Canadian history.

“There’s no one Inuit word for art,” the narrator says at the opening of the clip. “We say it is to transfer something from the real to the unreal.”

The Heritage Minute stars Iqaluit actress Miali Buscemi as a young Ashevak, describing her move into the settlement of Cape Dorset in the early 1950s so her children could attend school.

That’s where the late Ashevak went on to become a founding member of the West Baffin Eskimo Co-operative, Cape Dorset’s well-known printmaking studio.

“My grandmother taught me how to survive,” Ashevak says in the video. “At first, we sold bags and crafts, and now galleries all over the world present my work, from Paris to Tokyo.”

The clip closes with an older Ashevak, smiling as she works on a print depicting colourful birds.

Ashevak, who died in Cape Dorset in 2013 at age 85, was renowned for her bird images dating back to the release of the Enchanted Owl in 1960, which went on to become her best-known print.

Ashevak’s story is the 85th vignette in the Heritage Minute collection and the first to be produced in Inuktitut, along with English and French. It was filmed on location in Cape Dorset earlier this year.

The 60-second film was written and directed by Tess Girard and Ryan J. Noth and features animation that brings some of Ashevak’s prints to life. The series is funded by the federal department of Canadian Heritage.