Inuit language comedy back for another season 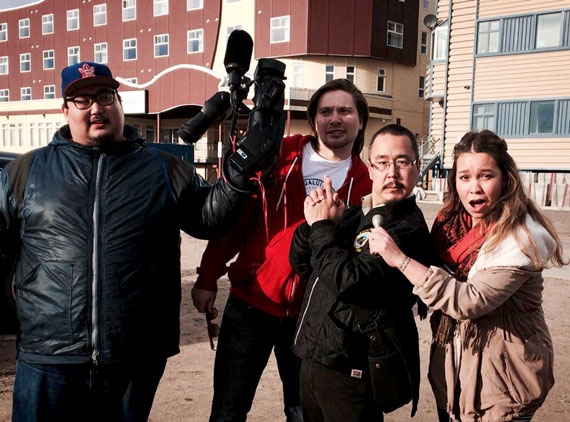 Members of Qanurli’s team enjoy an outing in Iqaluit. The show will return for a fourth season Sept. 1 at 8 p.m. eastern. (FILE PHOTO)

Inuit language television fans have good reason to celebrate this weekend: Inuk Qablunaaq and Nipangi Huittuq are back for another season.

The show was created by IBC and is written and produced by Thomas Anguti Johnston, Stacey Aglok MacDonald and Joshua Conner Lee Qaumariaq.

The show’s stars, Johnston, who plays Inuk Qablunaaq ,and Vinnie Karetak, who plays Nipangi Huittuq, will return to the show, along with Wager Ford and Malaya Chapman, with regular guest appearances from Issaluk and Brian Tagalik.

“Season 4 is our most ambitious yet,” MacDonald said in the release.