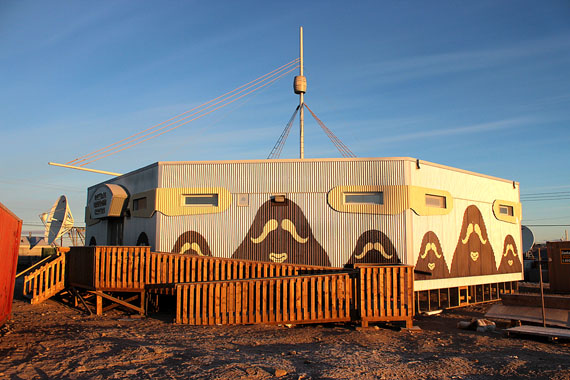 Gjoa Haven’s Nattilik Heritage Centre opened its doors to the community in October 2013. Now, the plan is to add on a visitors centre for the national historic site of the wrecks of HMS Erebus and HMS Terror. (FILE PHOTO)

CAMBRIDGE BAY—By April 1 next year, the Inuit impact and benefit agreement for the Terror and Erebus National Historic Site should be signed, and the construction of a visitors centre based around the doomed 1845 Sir John Franklin expedition can then move ahead in Gjoa Haven.

“We are close to finalizing this IIBA and we are very hopeful that we will be in a position to sign an agreement in principle very soon,” Fred Pedersen of the Kitikmeot Inuit Association said on Tuesday, Oct. 16, at the KIA’s annual general meeting, now underway in Cambridge Bay.

When the IIBA is signed, the wrecks of HMS Erebus and HMS Terror will become the first national historic site in Canada that Inuit will manage on behalf of Parks Canada through a contract with the KIA, Pedersen said.

Peterson said the KIA will get funding to manage the site on behalf of Parks Canada through the contract.

The wreck of Erebus had already been included in 2015.

The formal signing of the IIBA means that money from the $16.9 million allotted in 2016 for the ongoing search for the Terror and for work on establishing a facility in Gjoa Haven will start to flow.

Those plans include an addition to the existing Nattilik Heritage Centre in Gjoa Haven, for which the KIA will get operational funding, Pedersen said.

For now, the Erebus and Terror are not open to the public, and a permit is required to enter the protected areas.

Also in the works: an IIBA to cover all other national historic sites in Nunavut, such as the Bloody Falls Massacre site, Pedersen said.

Pedersen said Inuit organizations also plan to look at sites that are “important to Inuit,” as the majority of historical sites in the North have been nominated by southerners.

As well, an agreement in principle on an IIBA for the Coppermine River as a Heritage River has been reached, he said. This will start the roll-out of $6.5 million over seven years, with $2 million going to the KIA for cultural programs, he said.

The Coppermine River’s rich copper deposits brought English adventurer and trader Samuel Hearne to the area in 1771, where he witnessed a massacre involving Dene and Inuit at what is now Bloody Falls and Kugluk Territorial Park.