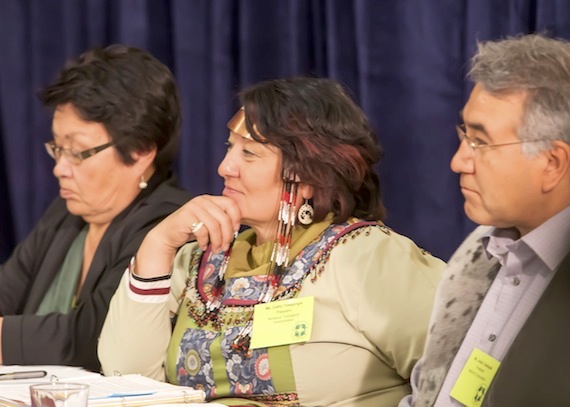 Rebecca Kudloo, the president of the Pauktuutit Inuit women’s association, said in a statement Aug. 26 that she was “pleased to represent the views of Inuit women” at last week’s meeting, held Aug. 22, between Inuit leaders and Prime Minister Stephen Harper.

Kudloo said the healthy development of the Arctic requires jobs and economic security but she also said the Arctic has “significant human needs” that require attention.

“For example, we have the highest rates of violence in the country, and a suicide rate that is 10 times the national average. We just had an 11-year-old child commit suicide in Nunavut,” Kudloo said in her statement.

She said this would not be considered acceptable in any part of Canada.

And she said Pauktuutit welcomes the opportunity to work in partnership with the federal government on a range of health and social issues.