John Hussey departs city after 13 years of service, more than six as CAO 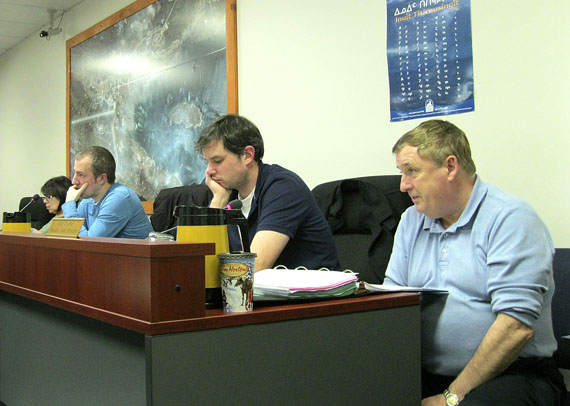 Hussey’s service with the city ended Sept. 12, after council voted to end his employment, Wilman said.

She said a clause in the city’s contract with Hussey allowed either party to end the relationship at any time.

“On behalf of city council, I thank Mr. Hussey for his 13 years of service to the city,” she told a small group of reporters at city hall, with three councillors in attendance.

Hussey has served in the city’s top administrative position since November 2007, when council voted to hire him as full-time CAO.

Prior to that decision, Hussey had served for most of 2007 as acting CAO, after his predecessor, Clinton Mauthe, quit only five months into the job. Until then, Hussey had worked as the city’s director of finance.

The city’s senior director of corporate services, John Maberri-Mudonyi, has agreed to take the chief administrative officer’s job on an interim basis.

“We thank him also, for his willingness to step into this acting role,” Wilman said of Maberri-Mudonyi’s appointment.

Maberri-Mudonyi has worked for the city for six years, Wilman said. He routinely filled the CAO position over the past two years whenever Hussey was absent.

Wilman did not give a reason for Hussey’s dismissal, noting that city council is not obliged to do so under the terms of the CAO’s employment contract.

Councillors in attendance — Kenny Bell, Terry Dobbin and Noah Papatsie — did not comment on the dismissal.

“The city council will be meeting shortly to consider the next steps and plan for the longer term,” Wilman said.

Wilman confirmed that Hussey had recently returned to Iqaluit from vacation. Mabberi-Mudonyi filled in for him during his absence.