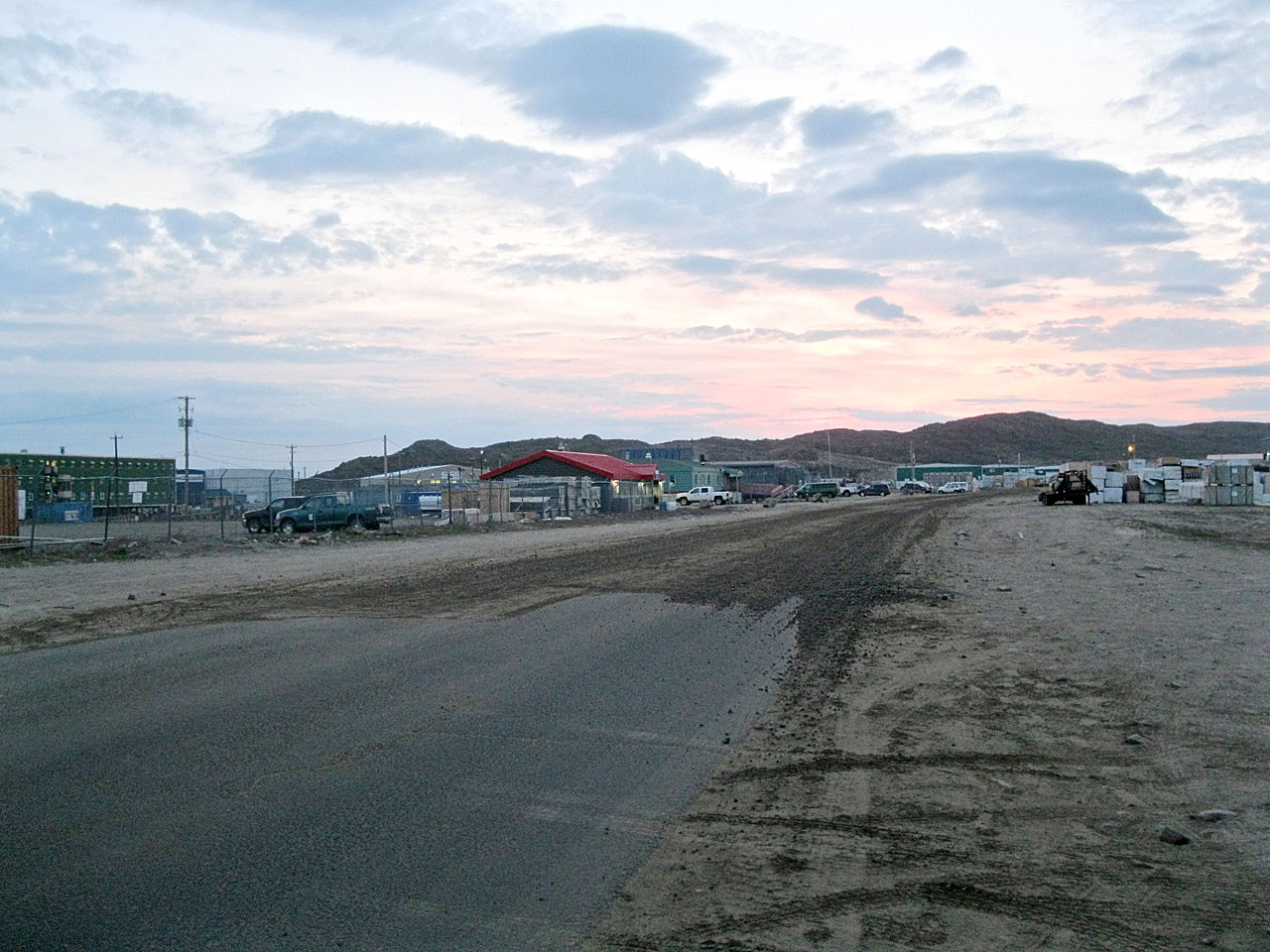 A view of Iqaluit’s Federal Road last summer. Arctic Infrastructure Partners, builder of the territorial government’s $300 million Iqaluit airport construction project, has agreed to cover part of the cost of repairing Federal Road from the city centre to the North 40 area. (PHOTO BY PETER VARGA)

Iqaluit City Council cleared the way for the start of construction on the territorial government’s new Iqaluit airport Dec. 18, after winning some concessions from the developer on fixing the Federal Road and other infrastructure tied to the $300-million project.

Conditions attached to the project’s development permit, which council approved unanimously, include paying some of the costs of re-paving and doing other work on the Federal Road and other roads leading to the new airport terminal, which will be located near the old Ukkivik resident building.

“That was a great added bonus for sure,” said Coun. Kenny Bell, chair of the city’s planning and development committee of the whole.

“They’re not going to pay for the whole thing, but they will pay for whatever extra would be caused by them,” he said, referring to additional vehicle traffic the Federal Road would carry after the new terminal opens.

Mayor John Graham estimated that up to “half a million people” would use the road each year, once the new terminal is completed in 2017.

“As to how many cars that equates to, I don’t know,” the mayor said.

Arctic Infrastructure Partners, the private developer who will build the new airport for the Nunavut government under a public-private partnership deal, agreed to do a traffic study to calculate these figures.

The study, according to conditions attached to the development permit, will “identify the road improvements required from the air terminal building to Four Corners” as a result of the airport upgrades.

The P3 group must also cover the cost of upgrades to water and sewer systems needed to serve the new terminal and other buildings at the site.

Permit conditions also state the city “will not accept construction waste” from the project “until a new solid waste facility has been opened and that alternate arrangements to deal with construction waste in the interim have been made.”

Asked by councillors about the P3 group’s plans for construction waste, project leader Steven Cole said this would be kept on site, covered, according to Canadian airport standards.

Costs of improvements to roads leading to the airport, specified as Federal Road from Four Corners to the new terminal, and Ungalliqpaat Crescent, will be made on a “pro-rata basis,” according to the agreement.

“This contribution will be calculated based on improvements required to address any additional peak traffic volume generated or arising” from the new air terminal building, “as identified” in AIP’s traffic study, the agreement says.

Once the traffic study is done, AIP and the city must agree on the amount of funding the developer will contribute to the road improvements.

“The city would enter into an MOU [memorandum of understanding] with the applicant just to make that clear,” said Mélodie Simard, interim director of planning and development for the city.

Road improvements would be carried out after all construction at the airport is done, the mayor said, “because there’s going to be a lot of heavy equipment moving back and forth, and that really takes a toll on the road surface condition.”

“So operationally, that should be the last thing we do,” added Graham, who served as manager of Iqaluit Airport from 1996 to 2012.