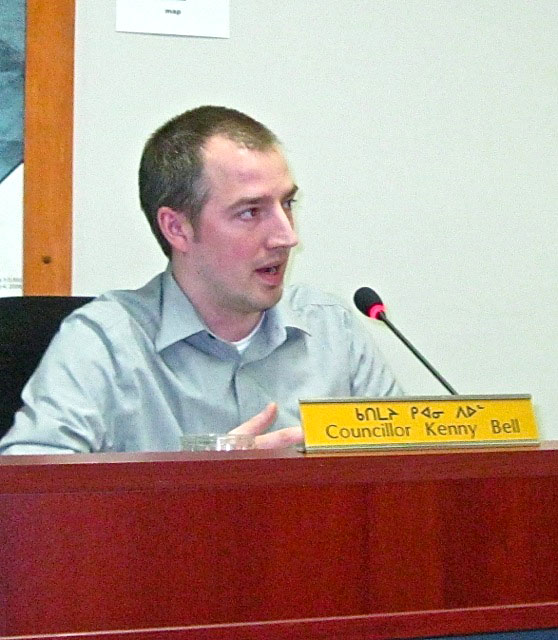 Iqaluit city councillor Kenny Bell quit his positions as chair of five council committees April 22, but will stay on as chair of city council’s planning and development committee of the whole. (PHOTO BY PETER VARGA) 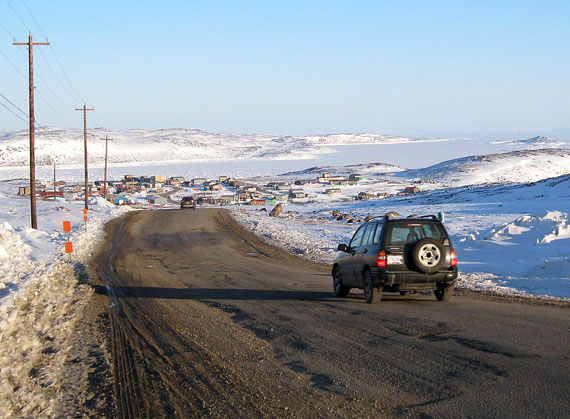 Iqaluit city council agreed it’s time to refurbish the crumbling road to Apex and consider plans to set up a small boat launch for the community. (PHOTO BY PETER VARGA)

Lashing out at what he called an absence of administrative support, Iqaluit city councillor Kenny Bell resigned from his chairmanships on five city committees at an April 22 meeting.

“It’s impossible to operate,” Bell said of his resignations as chair of the public safety and taxi committees.

“I’ve scheduled meetings, they haven’t happened. When they came up there was no agenda. It’s just impossible to do without the support of the city.

“In that fashion, I definitely cannot continue in that role.”

Bell also added his wish to resign as co-chair of the city’s finance committee, which he briefly headed up after Coun. Romeyn Stevenson resigned as chair during lengthy budget deliberations earlier this year.

The finance committee finally completed the city’s budget for 2014 under Bell, after limiting the city’s proposed tax rate hike to one-third of the administration’s initial proposal.

The budget took up to 40 hours of deliberation to complete in council and finance committee meetings that ran from the start of January to the end of March.

Bell’s decision to quit the finance committee was important, Bell said, because the budget was “a complete mess.”

“I want to be able to ask questions instead of sitting as chair, if the chair had to be away for any reason,” he said.

The first-term councillor will stay on as chair of the city’s planning and development committee of the whole, which advises council on development and infrastructure projects.

On that note, Bell made it clear he won’t slow his work on council — particularly when it comes to infrastructure projects.

At the same April 22 meeting that witnessed his resignations, Bell proposed three projects.

The first calls for fixes to Apex Road, and two others call for new and refurbished boat launches on the city’s shorelines.

“We need to make these things happen,” Bell told council. “I want to talk about these things so we start moving them forward.”

It’s time to fix the crumbling Apex Road, which links Iqaluit’s outlying Apex neighbourhood to the rest of the city, Bell said.

“I don’t know if paving it is the smartest idea,” he told council.

“There’s dirt roads all over Canada that are in better shape than our paved roads. So we need to figure it out.”

Graham agreed. He pointed to the Government of Nunavut’s Iqaluit airport improvement project, which begins this summer, as a possible source of equipment and building material to refurbish the road.

Stevenson said that unlike most residents of Iqaluit, who contend with poor road conditions in spring, Apex residents are left with a road link to the rest of the city that’s “awful all the time.”

Council agreed to call on the public works department to gauge whether the city should revert to a gravel road to Apex, or repave.

Bell also called attention to Apex’s extensive shoreline, and proposed council look into the possibility of building a “small boat launch” on the community’s waterfront.

“We’re all about fishing and hunting here, and we have absolutely no way to launch our small crafts,” Bell said. “I’m just looking for feedback, even if it’s just a floating dock out in the water.”

Coun. Mary Wilman said the waterfront is out of the city’s jurisdiction, and suggested council should discuss such plans with the Qikiqtani Inuit Association and Iqaluit’s hunters and trappers association.

Bell’s third item for discussion was a proposal to resurface Iqaluit’s causeway, which provides boaters with access to the sea at low tide.

The slumping structure dates back to Iqaluit’s beginnings as a U.S. air force base. Graham noted that it is owned by the federal government, and maintained by the Government of Nunavut.

Councillors agreed the city should refer to QIA and the hunters and trappers association about any projects to refurbish the structure.

“What I would like to see is that it be a better place, a smoother place for the boaters of Iqaluit to use,” Coun. Stevenson said.

Despite annual work by local contractors to resurface the structure every summer, “it’s treacherous,” Stevenson said.

“I don’t think anyone in the GN (territorial government) would have any problem with us taking full control of it, and taking it off their hands,” Stevenson said.

“In the end, it belongs to the people of the city of Iqaluit. We’re the ones who use it. It’s part of our shore.”

Bell and Stevenson noted that the city could use its marine infrastructure reserve fund, amounting to more than $200,000, to help pay for waterfront projects on the city’s shorelines.

“These things are important to our community, these are our way of life here,” Bell said, adding that the city must refer to the territorial government to overcome obstacles in the way of waterfront development.