Iqaluit councillor speaks out against changes to kids’ group home 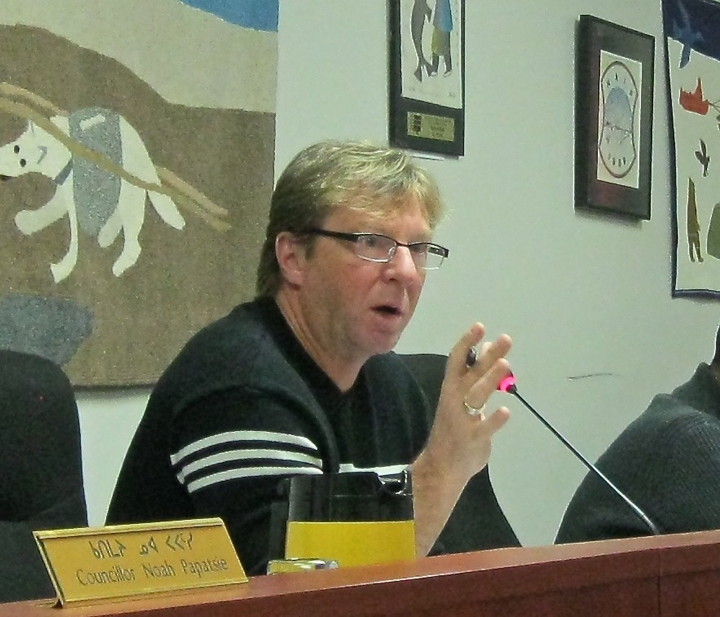 Iqaluit city councillor Terry Dobbin says he’s concerned for the welfare of young children who must leave the Illagiittugut Children’s Group Home, in the wake of the territorial government’s decision to devote the facility to the care of adolescents aged 10 to 16. (PHOTO BY PETER VARGA)

Iqaluit councillor Terry Dobbin can’t understand the territorial government’s move to phase out a group home for young children and is hoping they’ll reverse their decision.

“I care deeply for the kids whose lives are being uprooted, and these children being separated from their friends at school,” the city councillor said in his member’s statement to city council March 27.

Starting in the mid-1980s, the Illagiittugut Children’s Group Home served as a home for children of all ages who cannot be cared for by their families. Late last year, the government’s department of family services mapped out a plan to focus on serving youth aged 10 to 16 at the home.

The department decided the needs of younger children would be best served by placing them in “family care,” and more secure long-term surroundings, according to Peter Dudding, deputy minister for the department.

This means many could be sent to families outside of Nunavut.

Located in the city’s Happy Valley neighbourhood, the facility has served many children with medical, physical and mental challenges over the years.

Illagiittugut is home for as many as eight children and youth at a time. Family services said younger children tend to stay at the home for longer periods of time – some even past the age of 16.

The home has housed children as young as infants, up to adolescents in their late-teens, according to the department.

Dobbin, like many residents of Iqaluit, said he’s concerned for the future of the youngest children, who must find new homes “by April 15,” he said.

“I understand it’s a territorial government issue, but it affects me personally,” Dobbin said.

Dobbin has worked as a counsellor at the facility on a part-time basis for 14 years. He is worried about the impact of children being adopted or sent to foster homes outside the territory, after having spent a good part of their lives at the home.

“Although (the territorial government’s) intentions are honourable, I can tell the minister that the children’s group home in Iqaluit is an institution in name only,” he said.

The facility “is very much like a home setting. The kids have a loving couple that have been there for eight years – two dedicated staff on a daily basis, with tons of love for these precious children.”

Dobbin highlighted the shortage of foster homes in Iqaluit. Many foster parents have full time jobs, he said, questioning whether such parents would actually have enough time to care for children.

“As I speak today, there’s a party tonight for precious little Annie Sarah, who came to the group home when she was four years old,” he told council, pointing to a typical case.

“Obviously when you fool around with the children’s routine, it can have devastating effects on these children,” the councillor said. “I just hope it’s for the betterment of their lives.”