2015 budget raises property taxes by about 24 per cent overall 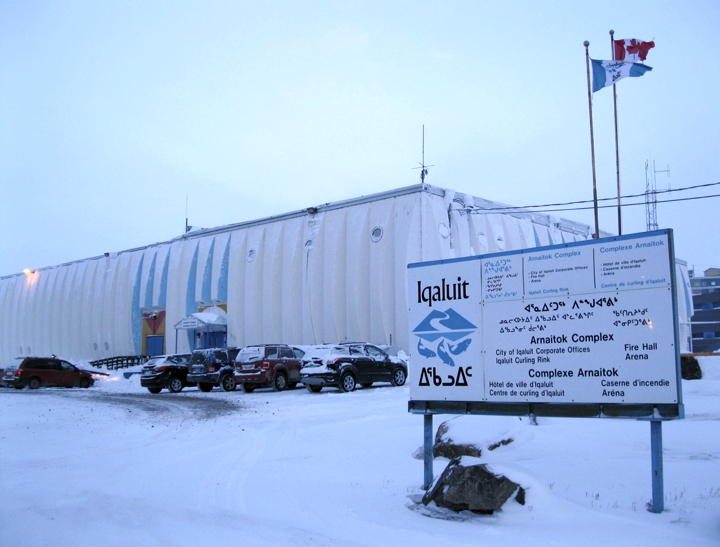 The City of Iqaluit completed its budget for 2015 a full week before the start of the new year. (PHOTO BY PETER VARGA)

Iqaluit’s property taxes will rise by about 24 per cent on commercial, industrial and institutional properties in 2015, and by about seven per cent on private homes, city council agreed this month as it wrapped up its draft budget for next year.

In a successful bid to avoid the drawn-out budget deliberations for 2014, councillors and administrators passed their draft budget document on Dec. 23.

Improved budget deliberations did not lead to better results in the city’s bottom line, however.

A hefty bill — estimated at almost $3 million — to put out the city’s four-month-long dump fire in the summer, and ballooning expenses have left Iqaluit with a $4.19 million deficit in its general fund, and a deficit of more than $3 million in its sewer and water fund, according to city staff.

In an effort to limit tax hikes, council agreed to minimize the rise in homeowners’ property taxes to seven per cent.

“I think we were as conservative as we could be to keep the rate increase[s] reasonable,” said city councillor Stephen Mansell, who headed up the budget meetings as chair of council’s finance committee of the whole.

“Considering some of the financial pressures that we’ve had, we had to be very careful in order to keep the increase as low as possible, but still make up for some of the shortfalls that we’ve experienced,” Mansell told Nunatsiaq News, Dec. 29.

The total assessed value of all properties in Iqaluit jumped to $604.7 million for 2015, according to administrators. In 2014, all properties were valued at just $391.8 million.

The city’s efforts to deal with the summer-long dump fire appeared to be the biggest unexpected drain on finances.

At last count, the final bill to put out the fire came to at least $2.75 million. Council agreed to cover the cost out of its “unrestricted reserves” fund, which amounted to about $4.4 million.

The expense left the city almost $1 million short on its aquatic centre project.

The reserve funds are meant to accumulate funds for future expenses such as road paving, street lighting, marine infrastructure and vehicle replacements in all city departments.

Unrestricted reserves are now down to just $424,000, according to the city’s chief administrative officer, John Mabberi-Mudonyi.

“We have to accumulate that back up, now,” Mansell said.

The finance committee chair also pointed to raises in staff salaries, amounting to 3.5 per cent for 2015, as a significant expense. Administrators noted that the city still has to hire at least seven new employees in different departments.

As councillors discussed their options on raising taxes, Dec. 23, Coun. Kenny Bell pointed out that although the city had little choice in the matter, making home and business owners pay more this year could result in “harsh times” for Iqaluit.

Council expects to pass the finalized budget and associated tax increases in January.