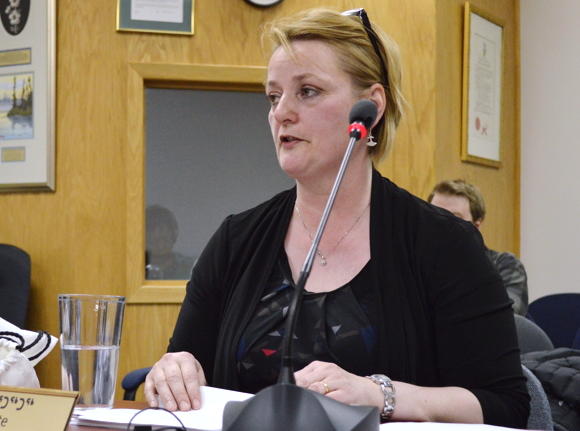 “One of the most pressing needs in our society is for infrastructure that can provide long-term care for elders,” a letter written Jan. 26 by Mayor Madeleine Redfern says.

“A new elders facility could help address the growing needs of our elders in Iqaluit and across Nunavut,” wrote Redfern, who did not attend the Jan. 26 council meeting because she’s at the Northern Lights 2016 trade show this week in Ottawa.

Just enough councillors did attend the meeting to form a quorum. And the four councillors in attendance unanimously passed a motion to support the mayor’s letter.

Iqaluit-Niaqunnguu MLA Pat Angnakak appeared before council on behalf of the Sailivik Society Jan. 12 seeking the city’s support for the facility, which Angnakak said would create 80 much-needed beds for all levels of elder care.

“There is nothing on the horizon when it comes to having the type of care our elders currently don’t get in Iqaluit or Nunavut,” the MLA told council.

A new facility would serve local elders, as well as those outside Iqaluit, Angnakak said, and would allow elders to stay in Nunavut rather than be transferred to a facility in the South.

In her letter, Redfern said the city supports the proposal “in principle,” and that the next steps for the Sailivik Society are likely to commission a feasibility study and to develop a business case.

“The council is prepared to support the Sailivik Society in securing funds in order to assess the viability of such a facility in Iqaluit,” Redfern wrote.

Funding for the centre’s construction and operation remain unclear, but Angnakak said Jan. 12 that the non-profit Sailivik Society envisions involvement from both the municipal and territorial governments.