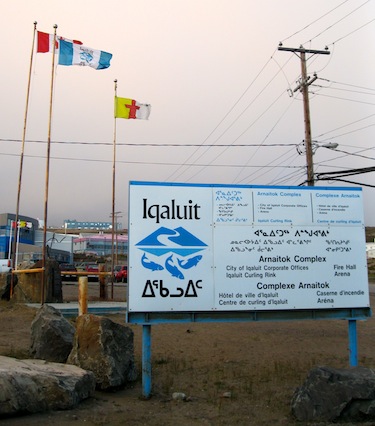 Two Iqaluit city councillors, back on the job after a few weeks’ absence for summer vacations, were not happy to find Chief Administrative Officer John Hussey’s contract ready for renewal at a regular meeting Aug. 27 without any possibility of debate or review.

Councillors Kenny Bell and Terry Dobbin were absent from the last regular meeting Aug. 13, when the renewal of Hussey’s contract as CAO passed first and second reading without discussion.

That meeting was attended by five of eight regular members of council, including mayor John Graham.

“I think rushing an appointment for the CAO is a great disservice to the citizens of Iqaluit,” Dobbin told council Aug. 27.

Noting no comments were made on the matter Aug. 13, when it appeared twice on that meeting’s crowded agenda — at the only time public comment and discussion of the matter was possible, Dobbin questioned whether this was done on purpose.

“Councillor Bell and myself were on vacation. Coincidence? Maybe, maybe not,” Dobbin said.

He and Bell wasted no time commenting on Hussey’s renewal for a three-year term, even though it proved too late to open discussion on the matter.

“Third and final reading tonight, no discussion allowed on the matter? The CAO’s term doesn’t end until December this year,” Dobbin said in his members’ statement. “Why rush [the re-appointment] through this summer, when his contract is not up until December?”

Bell noted that other towns and cities throughout the country publicly set out the full details of such appointments in written bylaws. The councillor showed written examples, ranging from two pages for a village of 200 residents in Alberta, to 20 pages for a town of 4,500 in British Columbia.

“I have another one from Yellowknife that is six pages long. And I have ours, which is half a page,” he said, holding up a single page describing Hussey’s re-appointment to the three-year term position.

“I hope we can agree to open it up for questioning,” Bell told council in his member’s statement. “I think it’s pretty strange that no one would want to know how much our CAO is being paid, what his benefits are, was there a review done — multiple things we didn’t ask at that time,” he said, referring to first and second readings on Aug. 13.

The councillor added that a series of questions he put to city administration over the past year about swimming pool facilities went unanswered.

Because of these, Bell said he would ask the territorial government to “appoint a municipal inspector to start looking into what is going on at the city.”

“As a councillor, if I ask for these things and they’re not provided to me, and I can’t even have a discussion to make a motion to get those things, then I am ineffective,” he said. “I was voted by the people of Iqaluit. I’m here to represent them, and I’m trying my best.”

Dobbin agreed, adding that many of his own requests to city administration have been ignored.

“Because of all this, I ask that we stall [Hussey’s appointment],” he said. Many questions about the chief administrative officer appointment need to be answered first, he added.

Such a review should include input from all city employees “to determine if they’re happy with their CAO,” Dobbin said.

Councillors and the public should be able to see the full details on the bylaw covering the CAO appointment, Dobbin said, including information on compensation.

“We [city council] are his supervisors, and should know this information.”

The two councillor’s efforts to stall the appointment and re-open it for questions failed. A motion by Bell to do so was voted down, 5-2.

Council then passed the bylaw to reappoint the CAO by the same margin, with Bell and Dobbin voting against.